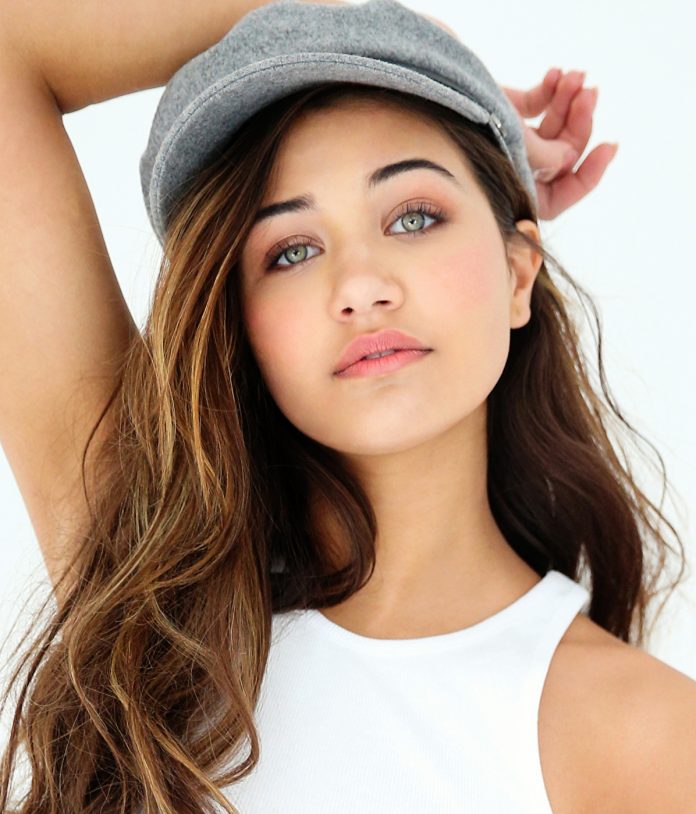 We all have that one moment that changes us forever. A song you heard on the radio, a scary movie you watched with your equally petrified friends, a book you couldn’t put down that placed you on a new path you never even considered before turning the first page.

For new kid on the block, Aneesa Sheikh, that turning point took a more figurative form. Falling in love with Santana’s “Black Magic Women” after watching her sister skate to it, it was the spark that ignited her passion for music. Soon after, she began taking guitar lessons and joined a youth choir – the rest? That’s history in the making as she embarks on a journey to storm the charts. Well on her way, her debut single ‘Bad Thing’ has already reached over a hundred thousand views on YouTube after only releasing it a mere few months ago.

Following in the footsteps of Alanis Morrissette and Jewel, Student Pages caught up with the breakthrough artist to find out what’s next.

First piece of the puzzle

Recollecting on her journey so far, Aneesa casts her mind back to those earlier days on the ice. “Skating combines artistry, musicality and physical and mental strength,” says Sheikh.

Taking that leap into music may sound like a big jump, but in actuality, the transition was as smooth and effortless as her time on ice. “I don’t know if I chose this path,” she expands. “I think that because I’ve always had an interest in music, I just kept doing something I loved and all of the other pieces fell into place.”

Not short on familial support, Aneesa’s strong relationships with her family formed the impetus of her musical journey and now act as the fuel that feeds the fire. “I’m beyond blessed for who I have in my life. My family never discriminated against certain genres of music growing up, so my siblings and I were encouraged to listen to various types of music.”

Above all, though, Sheik’s success was self-made – born from a relentless determination to share her songs with the world. Seeking to truly to connect to her listeners, Aneesa’s debut single is a homage to all those who have helped – as well as hindered – her.

“Close friends, family and mentors have always guided me with pure intentions,” says the artist, “but the biggest influence they had on my life was staying positive and supportive through all my endeavours.”

“Despite all the help from people in my life, it really comes down to me. I wouldn’t be where I am now because anything has been handed to me, I’ve worked hard and never wasted a day…. I enjoy the ups and downs of the process and am grateful for the constructive criticism the people in my life give me, but believe me when I say I am my harshest critique.”

Any press is good press: focus on the big picture

competitors, critics or jealous spectators. Aneesa Sheikh’s rise to the top was no different, facing judgment at the hand of her peers along the way. The difference between her and her competitors? She didn’t let it phase her one bit – shrugging off the opinions of others with ease.

“Girls would post videos mimicking me, but that never bothered me like it would others,” recollects the ‘Bad Thing’ singer. “In reality, they’re just promoting me for free despite their intentions.”

It’s a mature outlook for someone new to the industry, but one that’s taken years to perfect. Sheikh is no stranger to harsh competition, dealing with many hurdles during her time as a figure skater.

“One time when I was younger, one of my competitors at an ice-skating competition dulled my blades with a penny half an hour before the competition,” Aneesa tells us. “I deal with bullies daily and what people can’t wrap their mind around is that bullies aren’t just teenagers, they’re all ages and genders. Personally, I’ve never allowed myself to become a ‘victim’ to this type of abuse because there’re always going to be haters and doubters. I just focus on the big picture and I don’t let these hiccups interrupt me. Bullies fuel me to strive and achieve.”

No stranger to hardship, Aneesa Sheikh faced an incredibly traumatic loss last year. But true to her relentless fight-back character, the artist used that heartbreak as momentum to carry on the pursuit of her dream. “[My father] and I were very close,” says Sheikh. “We lived together for several years, just us two… I channelled my heartbreak and pain into my music and he’s taught me that “tough times don’t last, but tough people do”, which I have reiterated in a new single on my upcoming EP”.

What’s next for the ‘Bad Thing’ singer? Well aside from her EP, it’s all smiles from here on out. “I love the way music makes me feel,” expands the artist, “my goal is to share that feeling with others through my songs.”