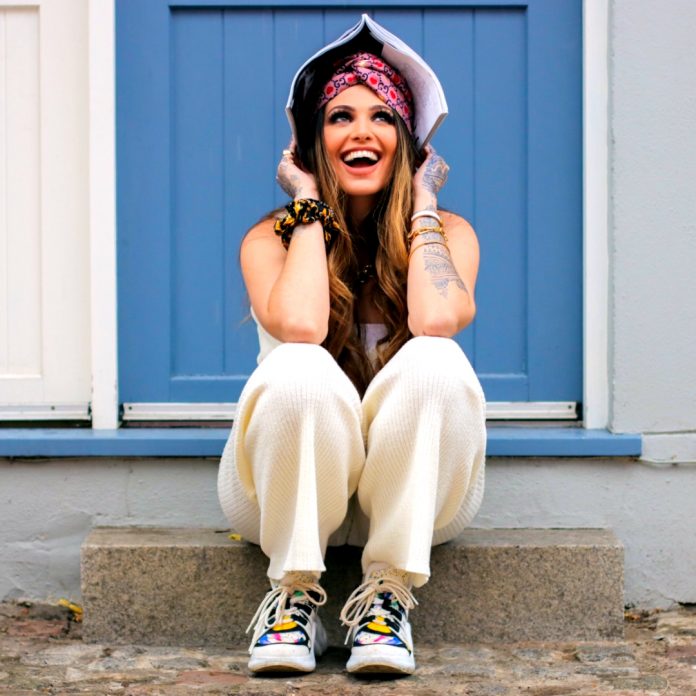 Shaima is a young, dynamic singer with a huge creative edge musically uniting her mixed cultural identity via what she playfully calls a ‘Bolly Beat’ – fusing pop, hip-hop and R&B via modern and more traditional instruments such as sitar, Arabic flute and tabla.  The artist explains how she had an “epiphany” moment when she was 12 in a local park festival where a friend of hers was singing and from that moment knew this is what she wanted to do. Shaima went on to be mentored by Tileyard Studios from the age of 14, before going onto build my her own record label M Dynasty Records in 2016.

When it comes to her new release “Outsider”, a song that according to the artist, embodies an inner beauty described best by inspiring listeners to feel comfortable within themselves irrespective what others may think of you. A song inspired by how Shaima felt growing up in a very English school in London where she was one of the only South Asian girls.  Feeling isolated for being of mixed heritage and Muslim; she now I embraces those culrtural differences and feels more unique in her identity because of it. A feeling of strength she is keen for her listeners to experience.

The artists favourite creation to date is Jana (meaning “Leave” in URDU). Shaima highlights the beauty of her latest single, is the opportunity of sampling “the legendary Late Mangeshkar “.  Away from the new material she is producing, what the artist is really keen to convey is a feeling of love to her listeners. “To make people stop and think and reflect on their lives, and hopefully influence people to be happy”.  Shaima highlights how she has been fortunate to have a lot of strong women and men in her life. Going on to explain how all the stories of success in her family relate to some kind of test of perseverance which they have passed again and again. For those that have sadly not achieved the same success, Shaim has seeked to take strength in the need to work hard, in addition to having no regrets.

Pushing through the Naysayers

Shaima opens up about growing up against a backdrop of people who made her feel worthless, saying she would never make it, and no point in trying.  “I have always listened to my gut with what I want to do with my life. Of course becoming a global pop star is no easy task, however, if other people have done it… why can’t I”.  She points to having suffered from anxiety on and off over the years; starting at University when she was trying to juggle her music career with her course in Accounting and Finance. Suffering from panic attacks was an almost daily occurance, and found she put too much pressure on herself to perform.  Fastforward to today, the artist highlights her biggest challenges lying in developing her lyrics that contain substance and contribute something positive to modern day society whilst staying within mainstream media.

Shaima highlights how in her spare time she loves to dance, alongside working out and playing hockey. In addition for her love for the piano and guitar, she is learning Urdu so she can incorporate more of the language into her lyrics. Currently working on the release of 3 new singles which is all a part of her new EP “Unveiled”, Shaima has plans to have them ready for release out end of October ’20.