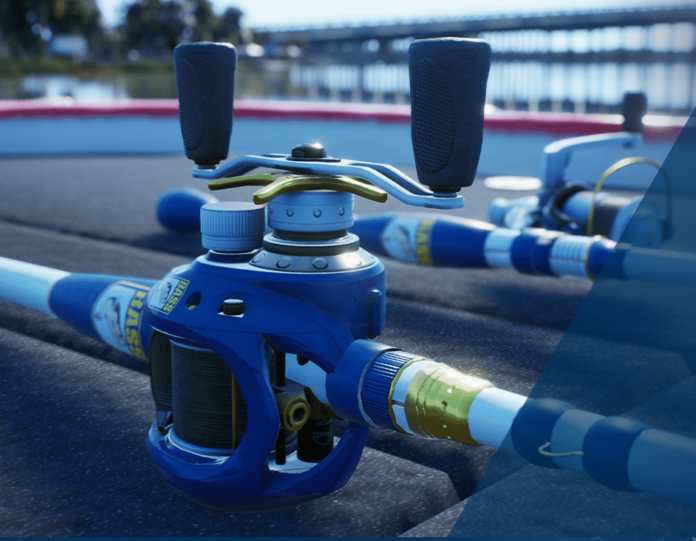 As an arts and entertainment journalist focusing on my love for games, I have to say that I never thought I’d be reviewing a game about fishing. I was initially sceptical when the opportunity came up but having been raised in the countryside, I know a little bit about fly fishing. So, I thought, why not give it a try?

If you enjoy fishing and can’t get out to your local spots – be it weather or the season – then this game is perfect for your downtime, that I will say. I don’t know much about fishing for Bass (or just fishing in general, nowadays) but that didn’t stop me.

I want to start on a positive note about the level of detail and depth that this game provides. It plunges you into the world of fishing head first and in the time I spent playing it, I learned a lot about fishing in general. Now, I know it isn’t the real thing, but if I was looking to take fishing up as a hobby (or potential sport), I’d imagine this game is a good place to start.

And with the game being produced by the official Bassmaster tournament as it’s “official game” – I feel confident in my opinion that it is fairly comprehensive as far as fishing games go. It also felt like the game is an attempt to get the younger generation involved, which is smart, and a good way to do it. But this moves me onto my biggest criticism of the game; the avatars.

The game itself has a user interface that is not very well organized and fluid; so much so that finding female character ‘heads’ initially led me to believe that no female characters existed in the game. Small things like no slider or switch option to change biological sex for characters, or the out of place premium items splash screen that opens when booting the game, are some of the UI reasons that persist as my main issue with the game. This being said, the gameplay itself is outstandingly detailed.

Overall, a good game that can stand in for enjoying the real thing when you’re not able too. Or, alternatively, for introducing the sport to younger generations. The game’s attention to detail and depth about fishing is absolutely BASSMASTER FISHING 2022‘s strength!!