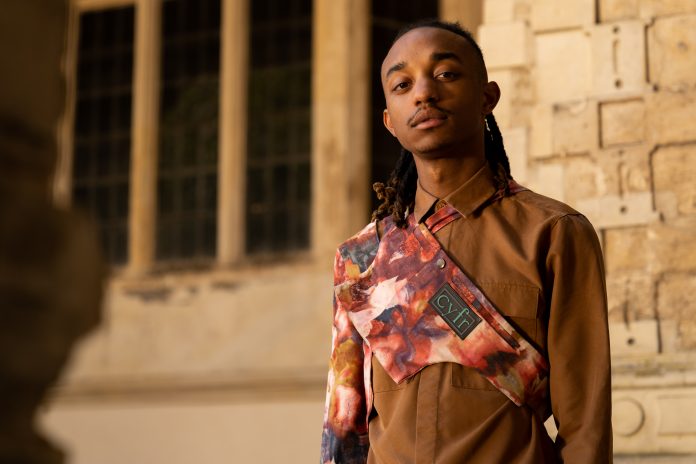 Liverpool based artist TEE (aka. Terell Farrell) has steadily risen to become a key figure in Liverpool’s burgeoning RnB and Neo-Soul scene. Firstly proving his credentials as a forward-thinking arranger, producer, and bass player for artists such as MIC Lowry, XamVolo, Sub Blue, and Little Grace, he has since embarked on a journey that sees him carry forward his signature emotionally-driven pop and RnB to form a project entirely of his own design. We caught up with the artist prior to his debut EP “A Dozen Roses” (26th February ’21). An album the artist feels was vitally influential in allowing him to find his sound and his voice. “Finding the message that it is that I want to talk about, and how I want to talk about it. Being able to create this concept project answered a lot of those questions for me”, he explains. Going onto highlight how the inspiration came from his influences in the artistry arena, but most of all the imagery and storylines Tee wanted to create.

Tee explains how after his first year of A-levels, he had a deep long conversation with his father about what he wanted to do with his life. His answer was direct and simple. To follow a music path. Thus set about the motions of locating a college course and later a university course to follow his dream of studying music. The artist highlighting how since that turn of events, he has not looked back!

Tee describes his music as storytelling in his most creative form. “I think that the thing that makes it 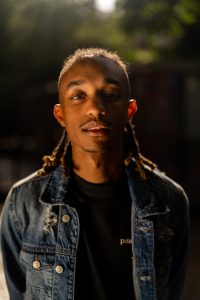 stand out is that I use whatever medium I can to tell the story”. His art showcasing a repertoire of different genres from poetry & rap through to spoken word and everything in-between. Ultimately  anything needed to be able to give the right emotion for the story, he explains. The artist’s favourite creation to date has been “Crown of Thorns”. For the very reason that it involved a huge amount of collaborative effort to produce. The artist highlights how being able to work close with his friends to create something organic was an awe inspiring process. This being said, Tee is keen to showcase vulnerability through his music. The power of fragility. That sometimes things aren’t perfect  and that it itself is okay.

The artist points to his family as his most inspirational elements of his life. From the unyielding support through to their own successes, has had a substantial imprint on the hunger and desire of the artist. He does however humbly admit that it is not always as simple or as easy connecting with the right people. That it takes a lot of hard graft, but ultimately the rewards are when you see successful people gravitating towards you, which for the artist is an amazing feeling. In addition to this, Tee points out how if you wish to build a fanbase, it’s vitally important to meet people in the industry and collaborate, especially as everything is on social media. Being able to create consistent content that people will involve themselves with! Going onto highlight how there is no right path to take, it’s just your own path. So pave the way for your own creativity.

TEE explains how his greatest challenge to date has been dealing with the pandemic. Having had to adapt numerous times to different release dates, as well as what the final production would look like has been a considerable undertaking! In addition to the planned release of his debut EP, Tee is planning more singles and more music! #watchthispace