“We want CITY and our music to be a safe space for everyone, where people can interact and enjoy our music free of judgement or discrimination” – Mikey Page.

We caught up with London based 5 piece Metal Band TheCityisOurs. Formed midway through 2015, Frontman Mikey Page (Vocals & Guitar) explains how it made for an interesting dynamic once the band was created, as the artists themselves did not know eachother very well prior to getting together…”we learnt about each other as people as we explored writing styles, which really helped us to establish a unique sound that combined all our various influences”. Page explains how the band have been through a lot of changes over the past year. Questionning their own future when their previous vocalist stepped down.

The band have always written about their experiences they point out. Noting that with their latest title “Violent”, they were keen to create a track that was as honest and open as possible about their feelings when dealing with the breakdown of relationships in their lives and the questions that came with it. Page points to the fact that as time passes, people have an opportunity to change for the better. However, whilst there is truth in this statement, the band felt it was important to have an account of what was happening so they could deal with their feelings and move on to better days.

THE STRENGTH OF HONESTY

The band have always aspired to write honest music. By wearing their hearts on their sleeves, TheCityisOurs aim to put together music that allows the audience to connect with their lyrical content. This has allowed them to be a little more experimental with some of their instrumental arrangements, combining elements from genres from Pop through to Metal and everything in between. “We like to try and push boundaries and create an overall aesthetic that is genuine and encapsulates our passion for all areas of music, that doesn’t blend into the sea of metalcore currently available”. Page points to their debut album “LOW” as holding special place in their hearts. Highlighting how it took almost 3 years to write and explored very personal experiences of death, loss and the effects incurred on their mental health through the production…

“We’ve always felt it was important to encourage people, especially young males to talk about their thoughts and feelings. We have all been guilty over the years of bottling things up and struggling on our own instead of asking for help, but over the years have learned that the only real way to make progress with your mental health, is to recognise there is an issue and be prepared to ask others for help”.

‘Violent’ is very poignant around this theme, Page explains. As many times before, the band had not openly explored their feelings towards specific events in order to protect others. Admitting that whilst important, it shouldn’t be at the detriment of your own health, especially when balance is possible. Page himself is extremely proud of this work as it enabled them to deal with these thoughts in a manageable way and also show others that it’s possible to be angry, be upset but have an outlet to process these emotions and move on.

The band always hope to write music that creates a connection with their audience. Having always written about things that have happened to them, whether good or bad. Their goal has been to embrace a set of emotions allowing the artists to recreate them as writers. Whilst simultaneously providing a level of solace, joy or the opportunity to embrace sadness of a situation, safely knowing that they are not alone in feeling a particular way.

For the band their friends and family have always been very supportive on the whole. Having adopted the philosophy of ensuring they are surrounded by good people who are encouraging positivity in their projects. With a fanbase and team that have always championed everything the band have done; the musicians are humbled by the drive and confidence they have been given to strive forward even when times have been hard. Noting the importance of surrounding yourselves with people that believe in you!

The artists highlight working through a great deal of negativity on their journey. Referencing times where people have them to ‘settle down’ or ‘get a real job’ which can be pretty soul-destroying at times. Page explains how it has taken an awful lot of resilience and perseverance to ignore those comments and focus on the positive feedback to encourage them to keep striving to achieve their goals.

They open up how their entire debut album ‘LOW’ was written about dealing with anxiety and depression. “Collectively, we experienced the deaths of close friends and family members in the recent years leading up to writing the record and naturally, these were huge influences on the direction the album would take throughout”. Page highlighting that the concept of ‘LOW’ came from feeling helpless. Drowning in responsibility, feelings of depression and reaching a limit of emotional pressure through simply not talking about issues in his life with the people he trusted. This lead to the vocalist collapsing and feeling like he had nobody to turn to, even though by his own admission it was he who was isolating himself from his peers. Page’s irony, having sought help, was that from writing down his emotions in lyrics, came the title to his track for the record.

Losing a vocalist is by far the greatest challenge the band have had to overcome. Highlighting the questions that raised surrounding their identity as a band. Having welcomed Oli into the band, the artists are working on solidifying their plans for the future and building upon the relationships they already have in place. Excited by the opportunity to experiment with their art and to seeing where this takes them and their team next! #watchthisspace

Multi-Platinum American trio SHAED on their latest single “Osaka” & the...

Scholarship Competition by Babbel: Prize of £2,000 to Promote Diversity and... 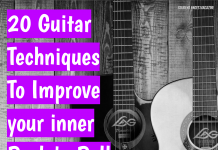 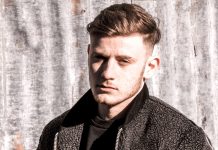 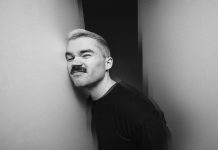