Lexie Duncan has always been interested in performing.  She explains how both her aunties, Carmen and Paula Duncan were actresses in the film and television industry. So naturally the Australian actress found out firsthand that it was possible to make acting a career from a young age. Having been introduced to acting through her enjoyment of singing, Lexie went onto perform at various school talent quests and musicals.  Highlighting how her first professional job was playing Jane Banks in the Australian Musical Production of Disney/Cameron Mackintosh’s, “Mary Poppins”.  Following 12 months of involvement, Duncan was clear in her mind that she wanted to be an actor, whether that was in film, television or theatre.

Growing up in Australia

Duncan proudly points out her excitement of being an Australian/American dual citizen. Fondly noting how she loved growing up in Sydney. She explains that her parents lived close to the city [Sydney], so one of her favourite past times was to walk across the Sydney Harbour Bridge in the morning, with her little dog, Poppins. Followed by a coffee and/or breakfast in the city.

“There are incredible cafes and restaurants on the waterfront near the Sydney Opera House – another must-see iconic landmark, offering brilliant live theatre experiences.  The views of the harbor are to die for and the Aussie breakie is the best”.

Growing up Duncan explains how most of her siblings were all out of school.  The baby of a large blended family. She further explains how she didn’t have any training in the performing arts before her first professional job.

Noting how she was only 11 years old when she was cast in the Australian Production of “Mary Poppins”. Consequently, referring to that inevitable year as the “on the job training”.  The actress was humbled by the opportunity to work with talented actors and witness up close so many incredible performances at such an impressionable age. Something the actress found invaluable.

Lexie goes onto highlight how throughout high school, she was very much focused on the continued development of her acting skills. Having enrolled in as many singing, acting and dance classes as she could fit into her hectic schedule.  This led to her attending NIDA (National Institute of Dramatic Arts), in Sydney Australia where she completed the full-time Musical Theatre course.  I wanted to train more, she explains; with an emphasis on acting for film and television.  Openly admitting that people thought she was crazy making such an extreme move at such a young age. However for Duncan, she knew that Los Angeles, as one of the entertainment capitals on the world, was where she was destined to be.

Thus begins our story to her involvement in “Young Rock”. She points out how she immersed herself in the best acting classes, learning from some of the best coaches in the industry, including Lesly Kahn, who was subsequently Duncan’s coach whilst working on Young Rock.  Meeting so many like-minded people in Los Angeles enabled Lexie to begin surrounding herself with people who could help her get to where she wanted to be. Securing representation with her management Luber Roklin Entertainment and her agents Active Artist Management.

explains how she play’s the character “Karen”. Johnson’s 15 Year old girlfriend through his time attending Freedom High School in Bethlehem Pennsylvania…”I love Karen as a character because she is so much more than what you initially see.  Karen can easily be labelled as the popular rich girl, who’s very materialistic and sometimes kind of mean”, the actress explains.  Going onto point out that it was initially a challenge to workout Karen’s many layers, but felt she understood her on a much deeper level. Through her preparation for the role, she explains how she could not ignore the reason behind Dwayne’s infatuation with her.  To help the audience understand why Dwayne would want to pursue such a high maintenance character, Duncan did her best to play against the stereotype, where she could.  In doing so, discovering that Karen was not necessarily a mean girl; simply an individual who did not hide her opinions – without the filter.

Making a point of noting that Karen [character] and herself are very different in reality. Unlike Karen who is a very high status person, with extreme confidence and a lot of opinions about everything. These are characteristics that definitely do not apply to “High School Lexie”.  “We are similar in some aspects as we both have energetic personalities and love exploring new fashion trends (even though we live in different decades)!”

Lexie explains how Karen finds it challenging to stay interested.  Highlighting how she gets bored very easily, especially when it comes to the boys she is dating. On a personal level, she feels one of the reasons she likes Dwayne so much is because he’s is different and his life is unconventional compared to the rest of the kids she hangs out with at Freedom High. In addition to this, Karen [Young Rock]  can find it hard to empathize with people who are in tough circumstances, such as financials struggles, she points out. Leading her [Karen] to be a little naive in certain situations!

The actress opens up about experiencing nerves. She explains how she tries to use them to her advantage rather than let them take over her work.  Pointing out that when she gets nervous in an audition, she focuses that energy into the scene; her character and what Duncan believes they are feeling and thinking in that moment.  “Don’t get me wrong, I’ve certainly had flop auditions!  It can be difficult to let those disappointing auditions go but it’s important not to dwell on mistakes, instead focus on the next opportunity – as my mother says “it’s a much more positive use of time!”, she explains.

Lexie’s routine involves a lot of research in preparation for each and every audition and role she undertakes. Using Karen for example, she explains how she studied the 80’s, in particular popular fashion, music, all areas she felt Karen would be interested in.  In addition to working with a coach, Lesly Kahn, which gave her confidence in her choices and overall made the actress feel prepared for filming.

She explains that the constant rejection and lack of feedback on your work is a tough challenge in being an actress.  In a profession that makes you very resilient through the very nature of the number of auditions, the actress has changed the way she thinks about auditioning. Taking the stance that auditioning is the job. Booking the role, being on set and everything else that come with it, is the bonus for Duncan!

I believe it’s incredibly important to get people talking about mental health so we can break down stereotypes, aid recovery and take the stigma out of something that affects us all.  I have definitely been through some mental health struggles in my life…I will say that talking about how I am feeling with my family or close friends makes an immediate positive difference for me.

There is so much I love about this job, Duncan explains. Highlighting she is most passionate about telling stories, especially important stories that makes audiences think.  Within that, Duncan enjoys the character development process, in addition to the feeling being an actor gives her through the rare opportunity to explore someone else’s life and human emotion. This being said, she also points out that whilst she loves being an actor, and very much classifies herself as hard worker; she is not immune from the effects of loss of motivation. Pointing out how there have been moments where she simply wanted to skip class to do something more fun. With this in mind, she has put forward couple of tricks she uses to get herself refocused.

(a) “The reward system works really well for me. For example, if I get my self-tape finished and submitted, I’ll reward myself by going out for lunch with friends”.

(b) “Sometimes, I need to walk away from the work and take a break. I like to get fresh air, do some yoga or workout.  It clears my mind and once I come back to the task at hand, I am a thousand times more productive”.

(c) “Talking about the challenge. I have a close group of friends in LA who are also actors and we hold each other accountable.  We conduct regular rehearsals and read for each other’s self-tapes.  I find calling one of them up and talking about the work really helpful.  It more often than not, changes my perspective from avoiding the work to being excited about it”.

Lexie explains that when she is living in LA, she likes to go for hikes at Runyon Canyon and go shopping at The Grove with friends regularly on days off.  Back in Sydney, she enjoys swimming in the ocean and relaxing in the sun at the beach – wearing lots of SPF 50 of course, she makes a point of noting (and for good reason!!!)

Duncan highlights she is keen to work in range of genres and projects. With a certain desire to work on more comedic projects as she finds she really enjoys the fun and playfulness of comedies.  Through her musical background, she hopes to also deIve more into drama based film, television or mini-series.  A project in which she could utilize her vocal musical ability far more! “It would be incredible to be involved in a movie-musical or a television series akin to Glee.  Also, portraying a singer in a true story bio-pic would be work I would jump at the opportunity to do!” Booking Young Rock, has without a doubt been her proudest achievement to date. Highlighting how working on a major network television series is something she has been working towards for a long time.  Not only was this a huge milestone for the actress but Young Rock has enabled her to branch out into more new and exciting projects.

For those wishing to follow in her footsteps, the Aussie actress believes it’s vitally important to not be discouraged from rejection. Being an actor is hard work so you need to ensure you do all the work that is required and more. Learn the lines.  Do the character work.  Stay in class.  Invest the time.  “Doing the work is what will get you where you want to be.  Think of it as an investment in yourself and your career”. Above all, have fun – pointing out that once you’re in the audition room, relaxed knowing you’ve done all the work, take a breath to focus yourself and then let it all go and have fun! #watchthisspace 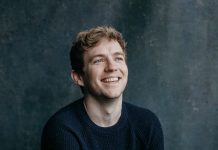 10 Things to Know About University 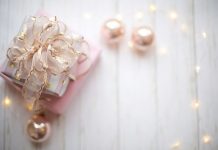 Christmas – Getting Creative on a Student Budget 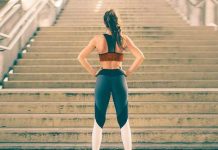 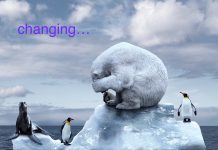 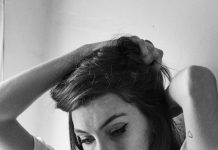 Gus Harvey on “England” & writing her own narrative!

Skate Kitchen’s Alexander Cooper on Manifesting your Own Reality