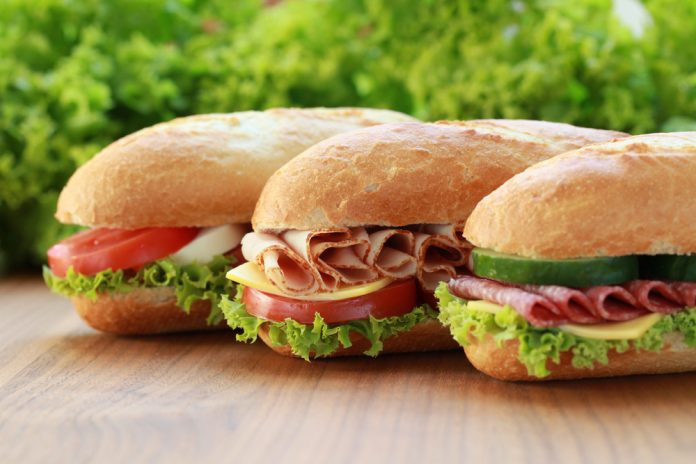 You couldn’t imagine my terror when I heard the phrase: ‘I’m going to make you a sandwich.’ You may be thinking ‘what’s so bad about that?’ It’s a nice, gesture, offering to make you a sandwich. Those of you more in-the-know about the Kosher diet may be thinking ‘Uh oh, this is gonna be a problem.’ I will explain why, but first, let me tell you how I got myself into this sticky situation.

Alexa is a fellow English student of Greek heritage, is extremely sweet, and is definitely not Jewish. She has also been getting more and more curious as to the whole Jewish culture, asking questions about the food in particular, as she’s a big foodie. I told her the basic ground rules of Kosher (I had to explain the term, as she’d been enjoying my ‘Jewish pretzels’. What made them Jewish?) The basic rules of Kosher are: no pork, (she knew that one already) no sea food apart from certain fish, and no bugs or blood. The ins and outs of keeping Kosher and all its stringencies seemed too complicated for a first-timer so I didn’t bother. Big mistake.

Okay, I thought. She must really be thinking about our conversations today. ‘Yep,’ I messaged her. ‘Salmon’s fine. It’s just stuff like lobster and shrimps we don’t eat.’

‘Okay great!’ she replied. ‘I’m going to make you a sandwich!’

Now this wasn’t as random as it seems; we had bonded over our home-made lunches while most of our fellow students were queuing at the cafeteria, and she sympathised with my food restrictions as her sister was vegan. (I suppose this made her think she understood the concept.)

Back to the sandwich fiasco. ‘I’m going to make us both lunch for tomorrow!’ she said.

‘Oh, that’s so sweet,’ I typed nervously. ‘But the thing is, it has to be from a Kosher shop…’

‘Yeah, I know,’ she replied chirpily. ‘I went all the way to Ilford to find a Kosher Deli, and I bought a side of salmon!’

Oh my God, oh my God. Now would be a good time to explain why this innocent sandwich was posing such a problem. According to Jewish law, as well as the foods we are prohibited from eating, there are yet stricter rules regarding the food we do eat. For instance, we don’t mix dairy with meat products. We even keep the kitchen utensils completely separate, with different sets of silverware for dairy and meat. We also can’t cook dairy products in an oven or pot that has been used to cook meat. (This is just the tip of the monumental iceberg that is keeping Kosher, but I won’t bore you with all the gory details right now.) Seeing as Alexa is not Jewish, her utensils have probably been used for non-Kosher foods i.e. ham. Eating something which had been prepared using these non-Kosher utensils (even Kosher salmon) would be a definite no-no.

Judaism lesson over. I hope you can now see why I was in deep shtuch. My dilemma was clear; there was no way I could eat this sandwich, but I didn’t want to offend my well-meaning Christian friend!

I tried again: ‘Um, Alexa, this is so sweet of you, but the bread has to be Kosher too.’ There’s a whole new set of rules regarding bread being cooked in non-Kosher ovens, which I won’t get into now.

‘Don’t worry,’ she reassured me. ‘I got the bread in the Kosher deli too!’

Now I was really stuck. Plans formed wildly in my head: I’ll have to take the sandwich, pretend to eat it, and throw it in the bin when she’s not looking. No, I will simply avoid her at lunchtime – maybe I won’t go in to uni at all tomorrow. Maybe I can tell her to only use disposable cutlery when preparing this controversial sandwich? I briefly considered this last option, as I desperately did not want to hurt the feelings of my new friend. However, once she informed me that she was making a salsa sauce to go with it, (with pots and ingredients whose origin there was no way of verifying) I knew there was no way of getting round this. I also didn’t want to set a precedent of her bringing me snacks, and me having to concoct a mad story each time, explaining why I couldn’t have it.

After a brief conversation with my mum, who informed me that unless I was dying of starvation and was stranded on a desert island, there was no excuse for me to eat that sandwich, I knew I had to let her down gently.

‘Um, Alexa’, I typed hesitantly. ‘I really am touched that you want to make me this sandwich, and I feel so bad about all the effort you’ve gone to to get Kosher ingredients. The thing is the whole Kosher thing is a lot more complicated…’ I awkwardly tried to explain the concept of a pot or knife being ‘Kosher’ (she understandably was totally ignorant of this) and that I could not possibly eat her sandwich.

‘Aw, babe,’ she said. ‘Don’t worry! I don’t want you to feel pressured into eating the sandwich!’

I left it, slightly awkwardly, at that, and I must admit that I cowardly avoided her at lunch the next day. However, the next time I saw her, she showed no signs of holding any sort of grudge or offense at my seemingly absurd refusal to eat the (I’m sure, delicious) sandwich. In fact, she informed me that the Kosher bread she bought was ‘amazing’ and the staff at the deli were so friendly.

‘It was hilarious,’ she said. ‘They asked me why they don’t see me at the synagogue!’ I cringed, but she thought it was great. This story has a happy ending, though; Alexa liked the Kosher bread and salmon so much, she kept going back to the little deli, and regularly sends me snaps of her Kosher purchases: Mrs Elswood pickles (the best ever according to her; I didn’t have the heart to tell her she’d bought the Passover ones, and they didn’t taste half as good as the regular ones) and matzah (its great with salsa apparently.) I’m happy to say that our friendship survived this and we are still good friends, but she knows not to offer me any of her food again. She has, however, vowed to find me a nice Jewish guy at this Deli, where she is now a regular. 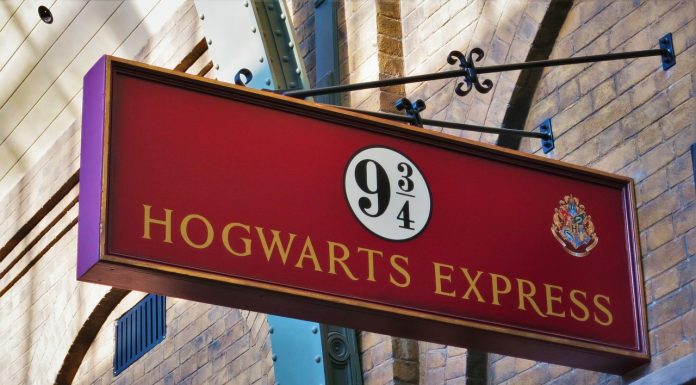 US Actress Sarah Hoffmeister on “The Secret” & Bringing her Dreams to Life!

The Student Guide to London Theatre