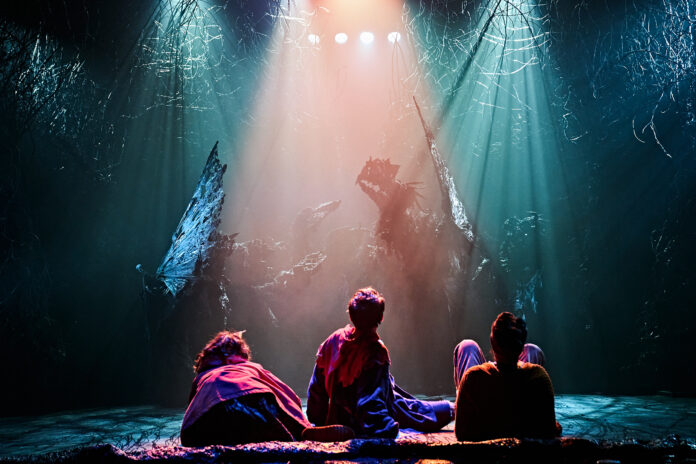 Breathtaking. The Ocean at the End of the lane is an imaginative breath of fresh air into the world of theatre. Based on the book by Neil Gaiman, this production sticks true to the integrity of the book and brings the story to life on stage. The story is about a Boy (James Bamford) whose family rent out a room in their house to a lodger. One night the lodger commits suicide on the borders of Hempstock farm, awakening an old and powerful creature. The Boy, Lettie Hempstock (Nia Towle) and her family all try to be rid of the creature but not before she manages to cause trouble with the Boy’s father and sister. 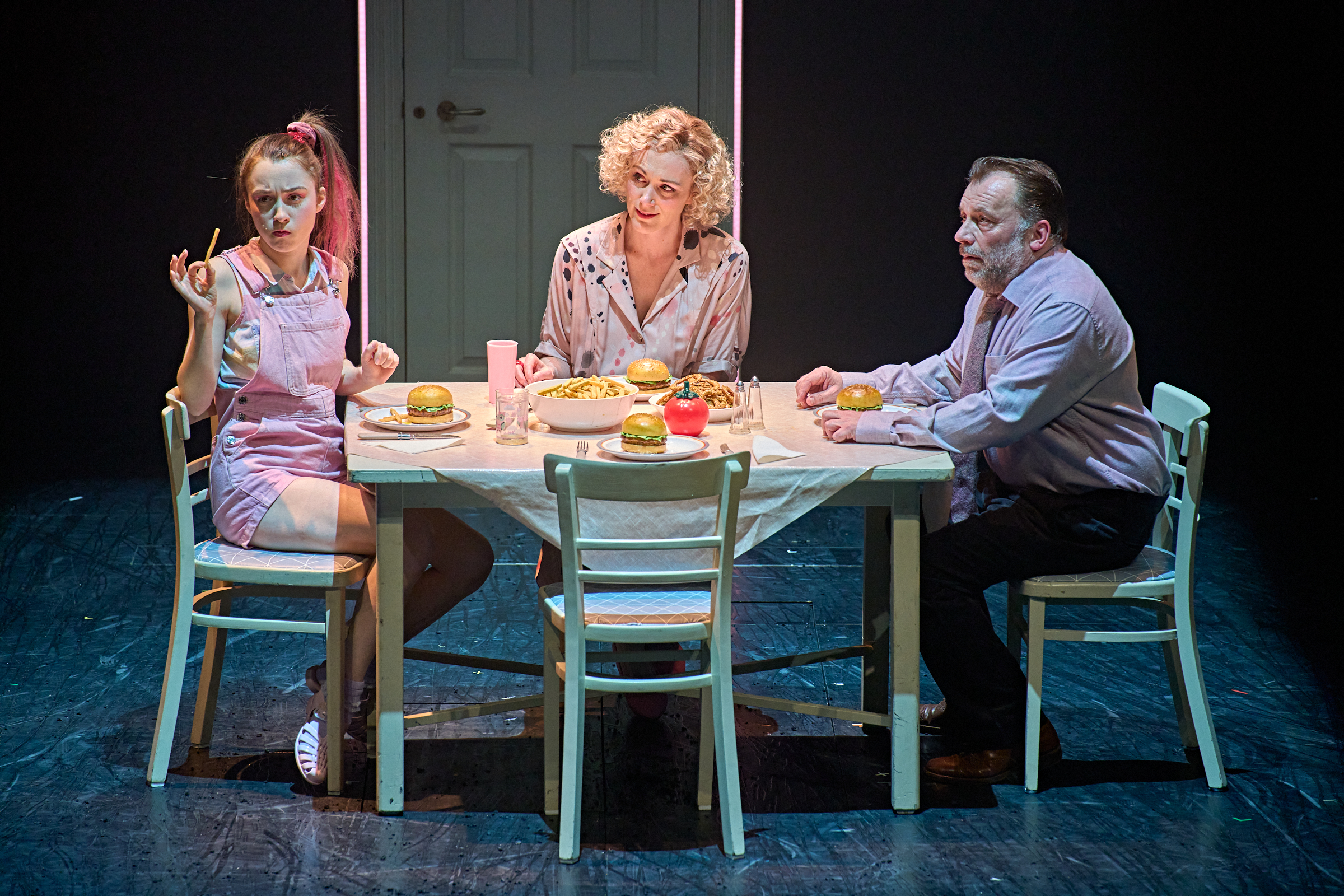 Funny, creative and new, this performance is one not to be missed. The set design alone brings the audience into the world of the play, with tree branches snaking into the boxes and framing the proscenium arch. Utilising the flies, the floor, moving wings and the auditorium itself this production is an entirely immersive experience. It is easy to sit back and lose yourself in the characters and the events which unfold. What was particularly fascinating was the use of puppetry, as members of the ensemble controlled these large, impressive creations to represent the fantastical creatures of the play. The choreography was spectacular and enchanting to watch, with accompaniment from the music, there were some truly awe-inspiring moments that brought tears to my eyes. With sheets of fluttering water, haunting designs and incorporations of physical theatre – there is so much in this performance, much that has never before been attempted in theatre. 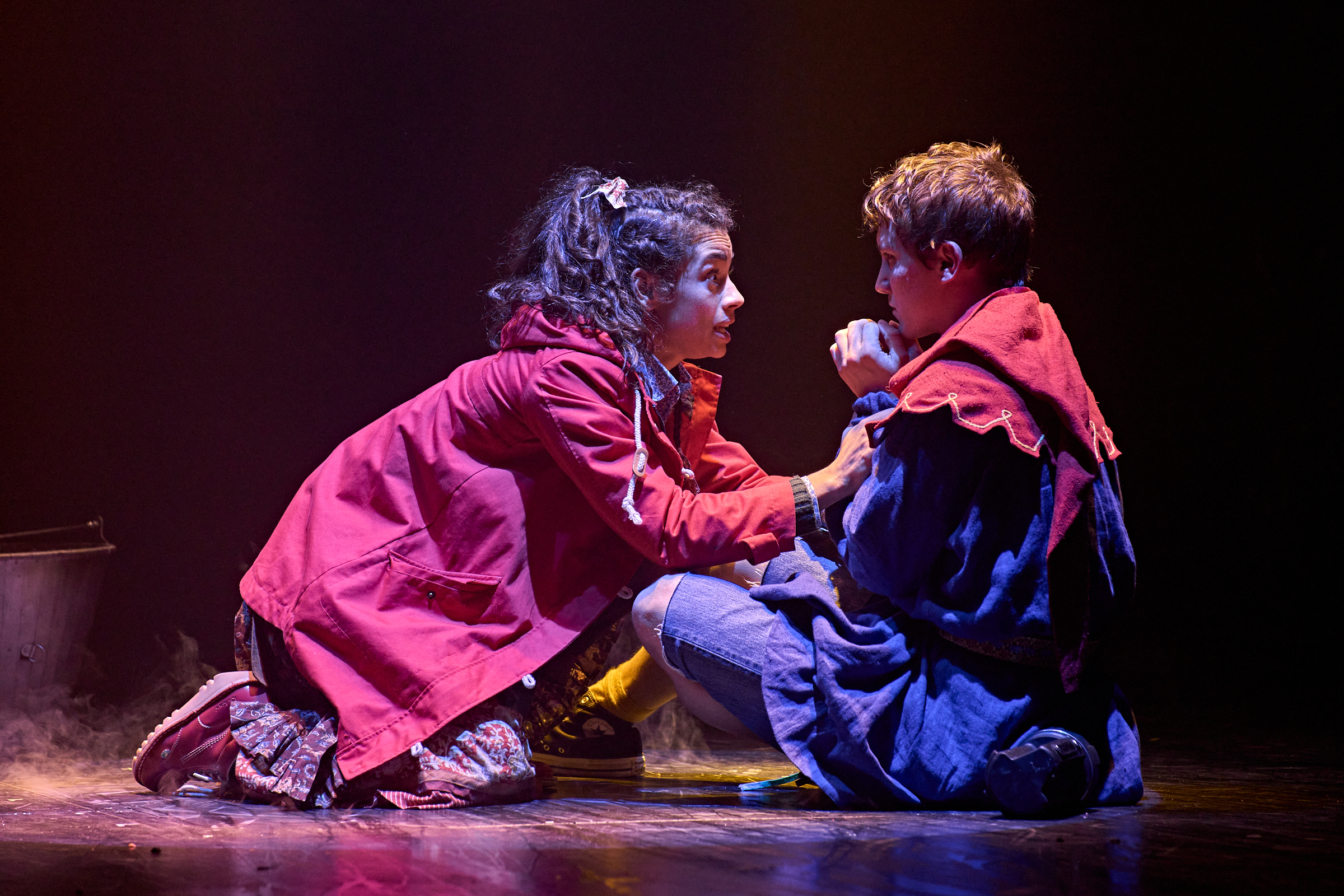 With themes of grief, suicide, friendship and love, this performance is a mind-bending powerful illusion that brings the audience into the warped magical realism of the world of The Ocean at the end of the lane.

I am a second year History and Creative Writing student at the University of Hertfordshire. In my spare time I love to read, watch musicals and write. 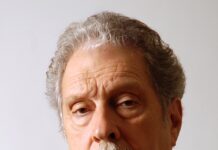