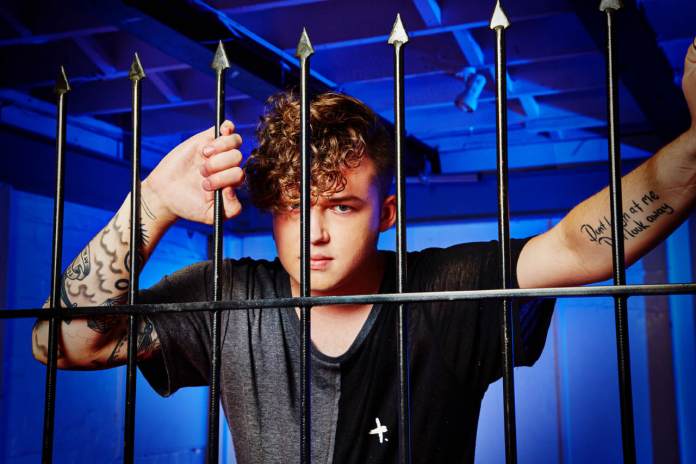 Voodoo Bloo, a powerful NZ based alt-rock act unveil a dark and energetic (part) live performance video to their latest single ‘Her Name Was Human’ – out now via Plastic Groove Records. Fronted and created by Rory McDonald, we caught up with the band following the release of their single “Her Name was Human”.

“I think I’ve honestly just always been around music to put it simply. It’s not ever really felt like something I’ve “chosen” to do, and more just something that I continue to do out of unknown necessity”.

McDonald pinpoints his journey into music down to the moment that his dad bought him a Les Paul.

When it comes to his single [Her Name was Human], the artist feels it’s hard to tell at this point how human has developed him. He recalls it being a pivotal moment in terms of songwriting and seeing how many different places the artist could take a song while still having it feel natural. Pointing out that whilst he may not feel anything from it as of right now, he feels that he has already incorporated the “do what you want” attitude the track has,which is a huge lesson to learn in music.

The artist feels that what makes him stand out ties into his thoughts of have a care-free mentality when it comes to writing. Highlighting that there is a good balance of emotion that needs to come into it. “I think we kind of just stick out like a sore thumb because I want to take you to the depths of how I’m feeling, no matter how abrasive, conventional or unique it may be”.

He explains that the 7th and 8th tracks on their first LP “Jacobus” may not be his favorite creations, but he felt as soon as recording finished that they’re tracks that the artist will cherish forever. I said exactly what I needed to say in the moment, he explains. Noting that it set that mental boundary for the artist without even having to think about how it should go or sound, which for McDonald makes it so special.

When it comes to his fans, the artist is keen to invoke any type of emotion. Openly admitting to disliking questions that ask about what music inspires him, as for the artist, it comes down to whatever makes him feel something exceptionally strongly, whether that be in hip-hop or rock or long instrumental jams. The artist finds writing down a lot of one-liners from friends and family when they say something that makes his brain wander. Pointing out that he likes being a human sponge of creativity and that’s just the way it’s always been.

McDonald opens up about having battled with depression and anxiety…”it’s not something that necessarily goes away or something that can be overcome, but just learning to deal with it is a huge step in the right direction, and to be honest I’m not sure how it came about or when it’ll end, but I’ve got the
necessary steps in place to make sure that I’m okay and that I can be the best me that there is”.

The artist notes the best way to move forward to with the knowledge you are going to be told no a lot! To just follow our nose and you’ll be on the right track. #watchthisspace