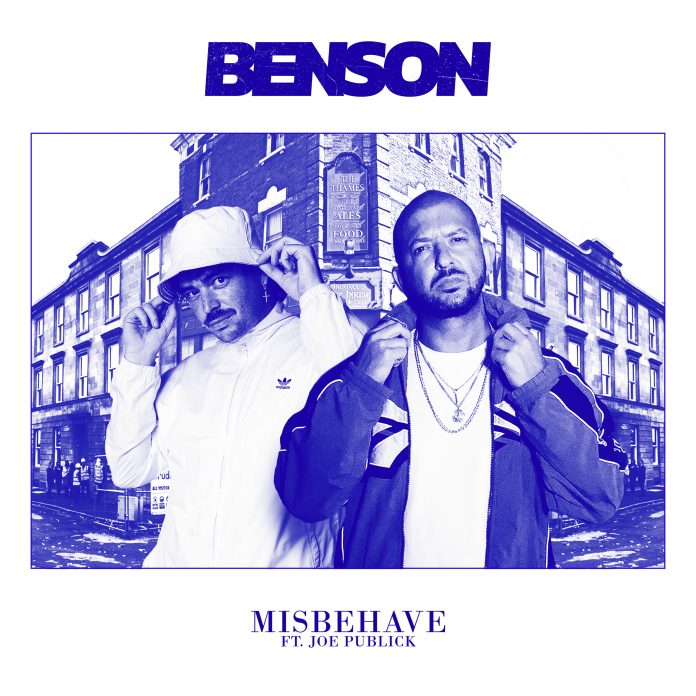 Australian artist and DJ Benson forged his music career at the age of 15. He explains that it was all he ever listened to at school, and from there he started making a playlist for his friends birthday’s, which eventually found him Djing on a regular basis over the weekends. His latest single Misbehave is quite different from a lot of house/tech-house records that are currently circulating, he explains.

“You never get anywhere playing it safe and I’ve found this song really sticks out more then a few of my previous ones and it seems to be connecting with a lot of people”.

Benson points to trying to make his music as quirky as possible without crossing the line. Constantly seeking to create something new, not copy what’s currently popular. Describing his music as unique and fun with a dash of cheekiness. Misbehave is by far his favourite creation to date. Going onto highlight how his production has improved tremendously over the last 12 months, with the artist feeling like his in the right place to produce some of the best music of his career! For his fans, Benson is keen to see his music create an atmosphere where the listener can have a good time. To let go and enjoy themselves.

Referencing his parents as his no. 1 influence and inspiration. The artist points out how even though his early work was in his own words “utter trash”; they [his parents] never complained. Whilst for those that attempted to play his chances of making it down, the artist explains how their lack of belief made him strive for his vision even harder. “Some people don’t like to see others chasing a dream because they’re to afraid to chase their own incase they fail. The chance of failure is nothing compared to the feeling of regret by not chasing your dream though!”

The artist opens up about times where he has stopped and questioned his career. The invariable doubts of would it ever go back to being the same?! Having had to deal with a fairly low point in his career; where he had had a huge plan in his head for the next few years and suddenly that was all taken away. “After talking with a lot of other artists who were all in the same boat I found solidarity in the dance community. I feel like we’ve gotten even closer because of this and the support everyone has shown me and each other is truly special”. Benson goes onto point out that we [the artists/musicians] are all in this together and talking about how you’re doing is the first step to moving forward. Its ok to not be ok!

He believes finding people in the music industry that are akin to the music you are looking to produce is incredibly important. He highlights how he was lucky enough to be guided by some fantastic people early on. With special mention to AJAX, Yolanda Be Cool; and many more talented artists in Australia. Looking to do the same with the next generation of musicians and artists coming through. His advice is if you have drive and passion, GO FOR IT! He points to his biggest challenge to date as being able to maintain a healthy balance with the nightlife and working on his music. Making a point of noting that you cannot party every weekend and expect to get things done during the week. To look after you health and most importantly your mental health.

The artist is currently working on his EP, with a plan to release at the end of 2021! #watchthisspace