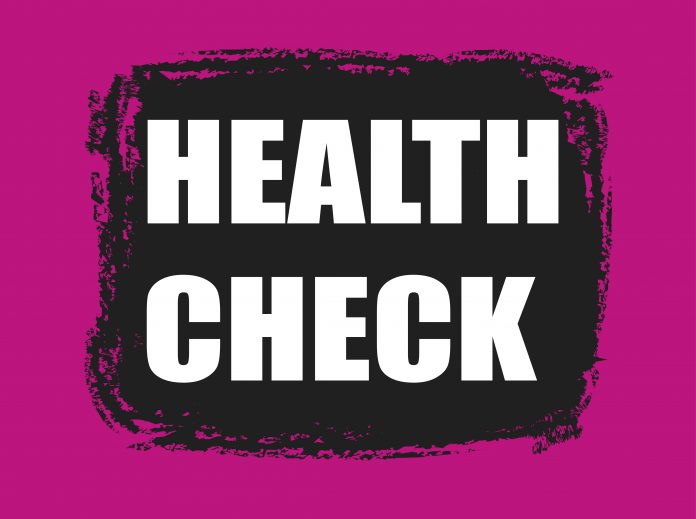 By Chloe Witham. A work of fiction inspired by real life stories.

When entering the surgery, the first thing you notice are the looks of despair on the faces of the waiting room inhabitants. Are their ailments really that bad? Do they have so little hope of a cure? After 45 minutes of waiting you eventually realise that it is not despair on their faces – it’s boredom.

Finally, your name is called on the intercom and you begin the long, uninspiring walk to the appointment room with apprehension. Is this how criminals feel when they walk towards death row? In some ways they’re quite similar – both walks tend to end with a large needle. After explaining your symptoms you expect to be chucked a prescription for anti-biotics or paracetamol like last time but, oh no, this GP has had a rough morning and she’s taking it out on you. The dreaded piss pot is thrust in your general direction and you’re demanded to give a sample. You wonder, can you live with your symptoms? Do you drop the pot, pinch some paracetamol, and run? You can make do with stomach pain for the rest of your life, can’t you?

You can feel the doctors glare burning you as you stare at the small pot clenched in your clammy palm. Doc is getting impatient. What do you do? You can’t be seen walking to the loo with a piss pot in your hand. Everyone will know what you’re up to! And why do they have to make the lids yellow? As if you’re not humiliated enough! Why would they colour coordinate the pot to its content!? The NHS is having a field day with your levels of embarrassment this morning.

Oh God. It’s time. Grab the pot and leg it to the loo.

Speed walking down the corridor it dawns on you that the entire waiting room will see you with a piss pot in your hand. You look around desperately searching for a method to disguise the real reason for your trip to the loo. There is non. The safest option is to fold your arms and attempt to hide the pot with your elbow. Pushing your way through the waiting room mind field of the diseased and elderly you reach the uni sex loo and, to your horror, the little sign under the door handle reads ‘engaged’.  After an age of nervous foot tapping the door opens and you watch in disgust as out tumble Mr and Mrs tight vagina, both giggling and rearranging their clothing. You look around the waiting room but everyone else seems oblivious to the car crash unfolding before your eyes. It’s astonishing that two rather inconspicuous people could get away with such a sinful act unnoticed, even if the audience consists largely of the deaf and blind. And now you don’t know what’s worse, risk prolonged exposure to germs in the waiting room or risk exposure to an STI in the toilet. Deep breaths and walk into the small, and what was once sterile, bathroom. The size of the room makes the previous occupation of this lavatory a mystery. Turn the tap on because this next stage will require you to conjure up images of waterfalls whilst precariously holding the pot between your thumb and forefinger, attempting a strange yoga like squatting pose. Eventually the nervous water works begin. Turns out you over estimated where to hold the pot and you now have piss all over your arm, legs and the toilet seat. You sigh and realise that cup of tea with breakfast was a bad idea because these water works are on full power and show no signs of stopping.

Eventually, you screw the yellow lid on as tight as possible and wash yourself several times in the sink. After briskly walking back to the appointment room in the same ‘arms folded’ manor, you cautiously place the rather generous sample on the desk. The Doc looks in horror to see that the pot is practically over flowing. Her eyes fill with panic as she wonders how she is to open the pot without the contents flying all over her. Filling the pot to the top now seems like a mistake as you see the dotted red line towards the bottom of the pot indicating the appropriate fill level. It’s not your fault, that cup of tea you had with breakfast was awfully strong. After a short battle attempting to unscrew the lid the next series of events unfold as you imagined. Your piss went all over the Doc and her shabby carpet. It resembled a similar battle you’d had with a jam jar lid that morning. Fortunately, however, jam is reasonably thicker than piss so your jeans were safe from any spillages. A quick test of the remaining piss in the pot revealed a urine infection. A twinge of sympathy goes out to the GP who is now stood with infected urine all over her white blouse. It’s probably best you leave now.

Walking out of the surgery and towards freedom with a prescription for paracetamol and instructions to drink more water you wonder what the point of the whole ordeal was for. Unlike the elderly, who came in needing a new prescription in the 1960s and are still waiting to be called in, you have managed to make it out alive. But all that time you wasted waiting and suffering to be told to take a few paracetamols is infuriating. Next time, after googling your ailments, you have to make one of two choices: stay home, take paracetamol and hope you don’t die from your symptoms or go to the GP, risk dying waiting for an appointment, and end up back home taking paracetamol anyway. When your aches and pains return, save yourself the hassle and just accept this new, lower standard of living and avoid the GP surgery at all costs.