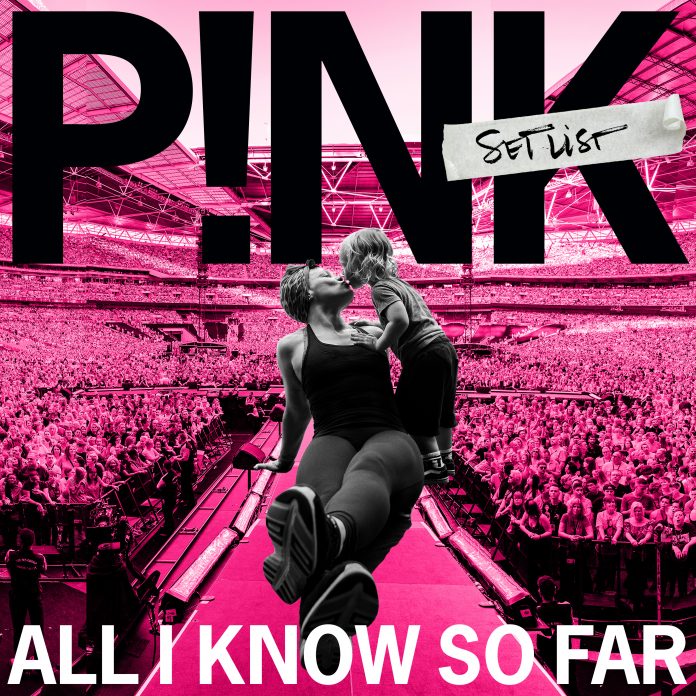 International pop icon P!NK is back with her brand new single and music video “All I Know So Far” today via RCA Records.  The music video, which features cameos from Cher and Judith Light, was directed by Grammy Award winning director Dave Meyers and marks the sixteenth music video the two have collaborated on together over the course of their 22 year relationship.  Meyers directed P!NK’s very first music video, “There You Go,” in addition to other groundbreaking music videos such as “Get the Party Started”, “Stupid Girls”, “So What” and “Just Like Fire.”

“Dave Meyers and I are back together again,” says P!NK.  “Since this song is sort of the story of my life and a letter to my daughter, making this video with Dave after we did our first video together 22 years ago is a really special full circle moment.  He’s truly a genius and I am full of gratitude for our friendship and to experience all the times we’ve been able to work together.”

“The saga of me and P!NK is very long and it is very rewarding we are so close,” says Dave.  “I have the longest stretch of my career with her so there’s always been a kind of brother/sister relationship that we’ve had.  The beauty of where P!NK and I are now is really the culmination of 22 years of friendship. In this video, I am trying to capture the full breadth of who she is, where she has been and the troubled youth that’s evolved into this idea of the power of community. It is where we are in the world right now and displays the idea that we really need each other.”

“All I Know So Far” was produced by Greg Kurstin and written by P!NK and Oscar, Grammy, Tony, and Golden Globe Award-winning songwriters Benj Pasek & Justin Paul.  The track will be featured on P!NK’s upcoming project, All I Know So Far: Setlist which is due out May 21st.  Along with the new single, All I Know So Far: Setlist will feature live recordings from P!NK’s critically acclaimed and record breaking 2019 Beautiful Trauma World Tour, her highly buzzed about MTV Video Vanguard Award Speech and “Cover Me In Sunshine” featuring daughter Willow. 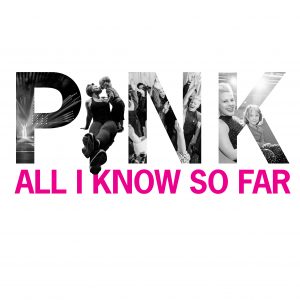 P!NK’s new documentary feature P!NK: All I Know So Far will launch globally on Friday, May 21 exclusively on Prime Video in over 240 countries and territories. Join award-winning performer and musician as she embarks on her record-breaking 2019 Beautiful Trauma World Tour and welcomes audiences to join her chosen family while trying to balance being a mom, a wife, a boss and a performer. Mixing footage from the road, behind-the-scenes interviews and personal material, director Michael Gracey (The Greatest Showman) gives audiences a glimpse behind the curtain of the circus that she calls life.

P!NK is set to receive the prestigious Icon Award at the “2021 Billboard Music Awards on Sunday, May 23rd.