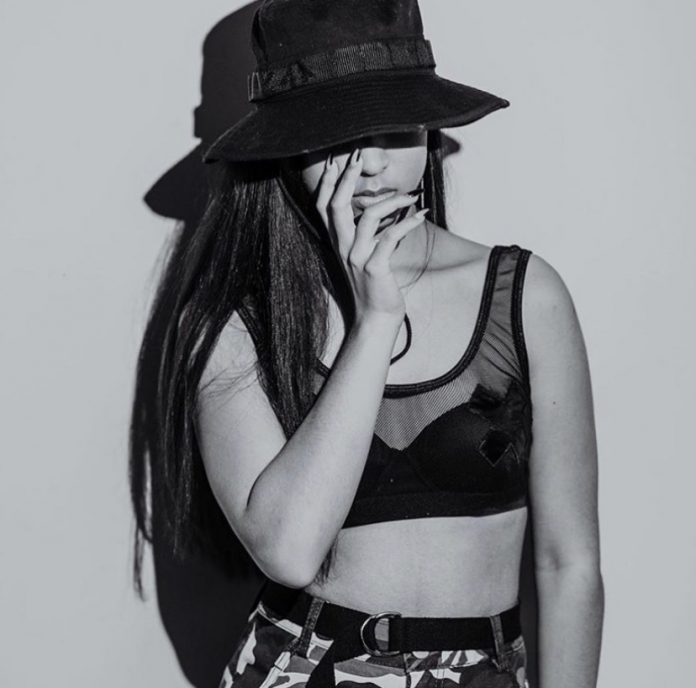 We caught up with rising Puerto-Rican/US pop artist, singularly known as Scarlet. Already coined as the next Beyonce vocally, Scarlet has an EP of 4 new songs in the works with producer Aaron Pearce (Justin Bieber, Arianna Grande, JLo, Pitbull, Fifth Harmony, Camilla Cabello) and writers Stephen Kirk, Nikki Williams & YNG1NCE (BTS, Justin Bieber, Demi Lavotto, Arianna Grande, Marren Morris, Jonas Brothers). The artist highlights how she was originally picked up by her management team in Indianapolis whilst taking on a small acting gig. What followed was an offer and a route that took her to finding the right people who could get the aspiring artist through the door and into the ‘room where it happens, she explains.

“I chose this path because ever since I was young it had been my ideal. I don’t even know why, I just decided that I wanted to be a singer- so I put my mind to it, and now I’m getting into it! I can’t wait for my album to drop and shake things up!”

Follow The Rules was the first song Scarlett worked on with Grammy Award Winning Producer Aaron Pearce. The artist explains how through recording her new track, the process really pushed the limits on what she was comfortable showcasing to the world. Enabling the artist to be a much more confident singer, and song-writer. “I used to be scared to add high notes into songs because I wanted to be able to reproduce them all the time, and didn’t have the confidence to let it sink into my brain that I can!” The artist goes onto point out that the inspiration behind the song was built up wanting to showcase in a light-hearted way that she is a girl with high-standards, high-notes, and personality!

She explains that her music is very pop-friendly, with a mixture of elements containing live band, brass sections. In addition to a cool vocal layering and harmonies that the artist feels are not too prominent in the industry today. Highlighting that her music stands out due to it’s eclectic nature, and the incredible amount of detail that goes into the production itself. “In this day and age I feel as if a lot of music is good, but produced just for a quick buy. My music, I feel, can sustain itself and really make a mark”.

Scarlett explains that as much as she loves her work, she opens up about being quite possessive over her projects. Opening up about her preference on having 100% of the say when it comes to lyrics, melody and even instrumentation of her music.This being said, she loves to collaborate, as the artist finds it to be incredibly rewarding making connections and meeting new people.

The artist is keen to have her listeners/fans feel inspired and free when they listen to her music. Seeking to offer a sense of fun and focus when listening to her music, allowing the listener to remove themselves from what ever drama may be going on around them. With specific reference to the impact the pandemic has had on people’s lives. “I hope people will see my music as a place to escape from social pressure and expectations, and to just vibe”.

Scarlett explains how there have been both positive and negative influences in her life. Both have inspired the artist to make the most of her musical ability. Pointing out that her family has been fundamentinal in inspiring her to go forward and reach for her dreams. Whilst additionally taking inspiration from those that would seek to steer you astray, and turning that negative energy into a motivational energy to prove them wrong.

Perseverence of a Dream

Scarlett opens up about having been bullied in her pursuit of her dream. Referencing how a majority of this negative energy stemmed from people who didn’t like that she pushed herself to the front, making sure she was learning and growing musically.

“I used to hate myself over it and genuinely thought that I was a terrible person, but as I got older I realized I was just a big personality. It stopped me from praising myself, it even stopped me from singing at school for a bit, because I was so angry over the way I had to constantly fight just for a little bit of respect”.

The artist explains how at the end of the day she walked away from the negativity and decided to take the view that if you don’t like that she wants to do something amazing, that’s fine. However, it will not dissuade her from pushing forward. She highlights how she was in therapy for a long period of time because of the negative comments thrown in her direction.

“My dad died when I was a baby, I dealt with a lot of racism in my town which led me to feel very out of place in my own body, and there was a time that I could barely control my anger because it felt like there was so much weighing down on me. I was drowning. I grew to be pretty bitter and I knew I needed to change”.

Scarlett highlights how she had to start seeing things for what they were, and to be honest. Whilst she still openly struggles; she takes strength in being able to say for the most part she has overcome it for the better! Working through her demons and fighting everyday to keep herself in balance. Knowing that one day she will feel mentally healthier and stronger!

For those wishing to pursue her footsteps into the music industry, the artist strongly advises not “blowing off school work” in order to do so. Highlighting from experience how she once tried that route,  which resulted in a decision she regrets to this day. for the artist, is is vital to find a balance. Pointing out how if it means giving up on socializing to sacrifice for your dream, then that’s ok! You have to see it  as a bigger picture of how it plays into your end goal. “If this is what you wanna do, don’t let anything hold you back- don’t be a stranger to those who support you, but don’t let people chain you to a life you don’t truly desire”. The artist highlights how her biggest challenge to date has been working through her self confidence. Noting how she has a tendancy to beat herself up over little things as she very much a perfectionist at heart. #watchthisspace