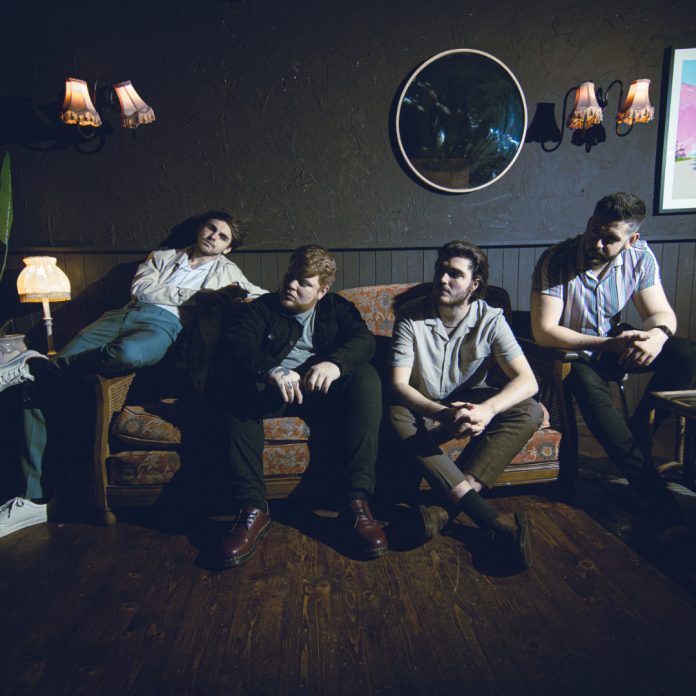 Go for it, chase your dreams. If you’re doing something you love, what is there to lose? Surround yourself with the right people, realise your goal, and be creative. Think big, be determined, and give it everything you’ve got. – james cummins

We sat down with newly reformed British musicians Proletariat (fronted by James Cummins), following the production of their latest master piece “Go Ahead”. A song which according to the band has propelled them in the direction they want to be heading as artists; and a point which they are keen to build on; and push forward with having struggled to narrow down during phase one of their journey. The musicians note how as much as they all loved the early songs they were writing; the band were always looking for that extra level of style and charisma within their songs. A place where the band now believes they have achieved with their new single.

“The song itself is all about celebrating the self-belief and confidence that we have in ourselves – in it we’ve tried to capture that sense of drive and determination that keeps up growing each and every day, and I think we’ve managed that”.

The band describe their music as invigorating and free-flowing. With lots of energy and passion flowing through their lyrics and melodies. James explains how a lot of their music in the past was fuelled by angst and dissatisfaction in the world around them. Fast forward to today, the artists are keen to focus on making their music more liberating for those listening – “something they can enjoy and let loose to; we want our gigs to be a celebration, a party”. For Cummins, he finds a large proportion of artists base themselves around one or a select few of idols, and seek to in the beginning mould their sound around that aspect of their music. Where as for Proletariat, the band are keen to bring material that incorporates a vast, diverse range of inspiration and interests; combined together into something truly unique. Not being able to categorize the band is part of their soul which they are proud of and find it helps them to stand out in a very competitive industry. With further reference to the additional charisma and colour they are bringing to the table in contrast to their previous releases.

James [Cummins] highlights how he was in the field of music journalism for roughly five years whilst at the university in Huddersfield. He explains how as much as he loved what he was doing, he is forever grateful for the opportunities he got to experience. “I started to long for something more, and wondered what it would be like for the tables to be turned, and have other people writing about the things I was creating and doing”. Having always been incredibly passionate about music; in addition to playing guitar, James decided it was time to find like-minded people and live the other side of the music industry!

When it comes to their listeners, James points to wanting people to feel good when they listen to their music. Keen to offer their fans material they can truly immerse themselves in, allowing them to forget about the negatives that may exist in the world around them. “Songs means something different to all of us, and that’s the beauty of them – so, as long as people connect to a feeling or emotion when they listen to us, we’re happy”. The artist goes onto highlight how is has been incredibly lucky to have an incredible supportive family that take a real interest in what he loves; pushing the musician to chase his dreams. Something the band as a group are incredibly humbled by, noting how they would not be where they are today without the unyielding support of their network, and their contribution to the belief in their vision.

Cummins opens up about suffering through bouts of anxiety, which stem from placing too much pressure on himself to achieve. Reaching out to those he trusts has always allowed him overcome these demons; whilst utilizing his music as a soothing [healing] process. Pointing out how there have been many times, where a great song has been created out of darkness!

For Proletariat, finding people who want to produce the same style of music as yourself has been vitally important. Noting without it, they would have gotten nowhere. It’s all about learning, creating, growing and succeeding together, and the band makes a note of highlighting how amazing it feels to be sharing this experience with those around them. They explain how even when they have an off day, the rewards find their way to you. The importance is believing in yourself!

Cummins points out the biggest challenge he has faced so far comes down to self-belief… “it’s all about how much you want it – and that alone gets you through”. He goes onto explain how the band are currently working on more material for release, with dates in place for their return for their headline show. Making a point of noting that it’s going to be an incredible feeling for everyone when they can all be in a room singing along to live music again.#watchthisspace