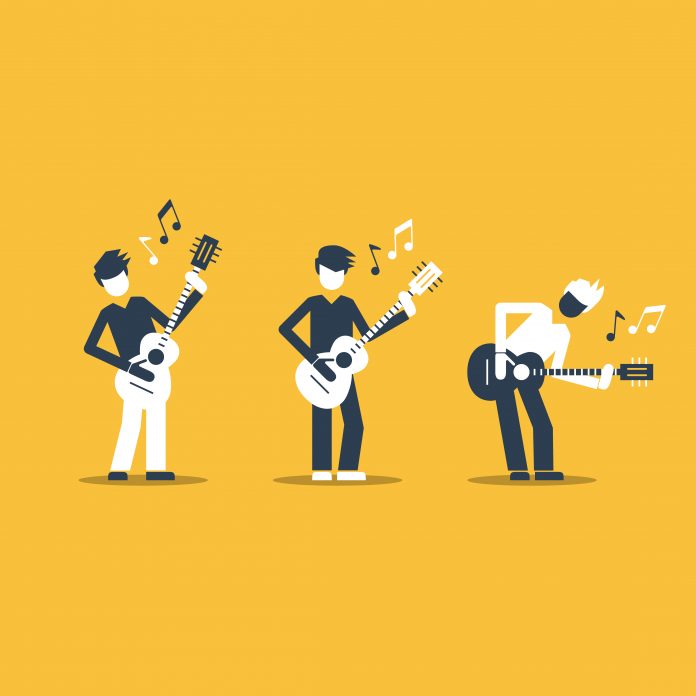 The North East is known for indie rock bands like The Futureheads and Maximo Park but on Saturday 29th July the North East revealed a heavier edge featuring in Sunderland City Centre. The room, full of bodies, showed alone how much an audience has wanted to be entertained by screamo rock music.

The first act on did not fail that, Zephyr Valley started off the show with heavy beats, catchy choruses and familiar cover songs. They showed off to the audience their impressive range of vocals from singing to rapping to screamo singing.  It was clear to see, from the moment they started performing, that this band loved every moment on being on stage. The passion for performing and their love for this genre of music, enticed the crowd, especially alongside the band’s chatty persona with the happy-go-lucky crowd. They got personal with the audience, revealing to them a special song they were to perform, their first song they wrote together as a band. This was definitely a band with charisma and potential running through their veins.

The second act, BType featured Sunderland Beatboxer Cyberbyte. These guys took the rock a different way and yet it completely worked.  With their 8bit hip-hop style of beats from old video games like Sonic the Hedgehog, they had the rock audience eating out of their hands, chanting along to the choruses of the catchy songs.  They even teased the audience to buy them shots, and were surprised and thankful when they were greeted on stage with tequila shots.  Constantly keeping the audience on their toes, they also invited an ecstatic member of the audience to sing-a-long with them to the Gorillaz Cover ‘Clint Eastwood’. They did many other covers that the rock audience could relate to including The Bloodhound Gang and featuring The OffSpring beats in their music. The charisma of both BType and Cyberbyte was so natural on stage; they bounced off each other as a classic duo act. Cyberbyte kept up with the music of BType, his flawless beatboxing skills impressing every member of the rock audience.  They finished their set by performing a freestyle song, asking the audience member topics for them to create a song with.

Leading Zeroes rocked out with the crowd with their fast-paced songs and high energy, with the lead vocalist’s screamo singing at a phenomenal level.  The guitar solos stole the show as well as the strong vocals, the vocalist always grinning at the audience, offering the delighted audience little jokes in between songs.   They showed off their ‘ska’ style of music with their song ‘Philadelphia Experiment’.  As well as impressing the audience with their own catchy songs, they performed chilled out songs such as ‘Swan Lands’. Their cover of popular pop song, Sia’s ‘Chandelier’, absolutely worked as a heavy scream song, they made it completely as their own.  They gave shout outs to the other bands performing, offering their upmost support to these local young musicians.

Silence Fiction hosted the successful evening and became the headliner act, showing that rock is young and alive. They stormed into the beginning of their set with a catchy chorus of heavy rock and passion, following it up with their new song ‘Old Song’ and other successful song ‘Total Collapse’. Both the female and male vocalists complimented each other styles alongside the heavy drums and guitars. They displayed an incredible amount of energy, at one point the male vocalist even jumped in with the audience and rocked out with the members of the crowd.  They got everyone up, clapping and stamping their feet with their fast paced music.  They were very engaging with their audience, asking their opinions on the song. It was clear to see how proud and excited they were to put this gig together, with their clear shouts of support and thanks to the other bands that had performed.  The vocalists invited the Leading Zeros vocalist on stage with them, to perform Linkin Park’s ‘In the End’ and ‘One Step Closer’ as an emotional dedication to the late Chester Bennington. The vocalist urged the audience about the importance of both mental health and mental health professionals. This brought the audience more together, ended the night on a high, showing the high rising support of screamo music in the North East.