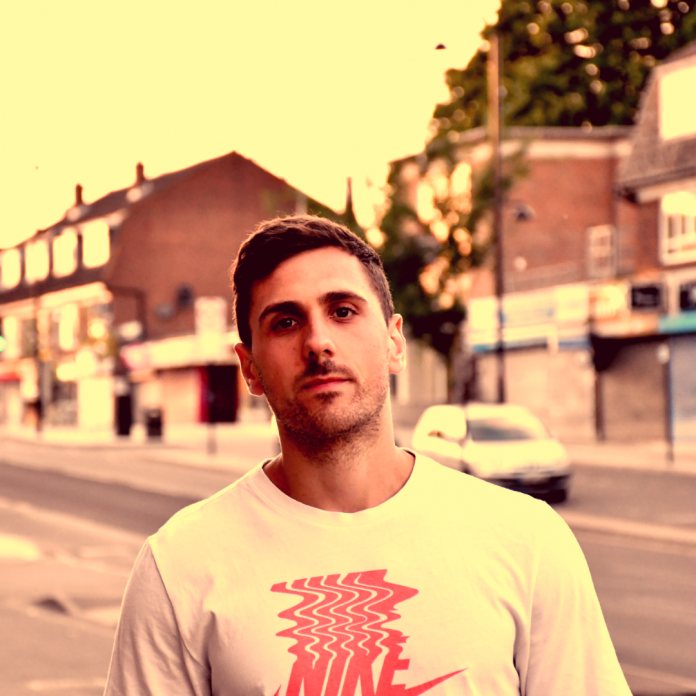 Fronted by Roberto Manfredi (aka Sleepwalkrs); the artist explains how he started making songs as a hobby. As this evolved into songwriting and pop production; Roberto sought collaboration with anyone he explains, which opened up doors and led him to working with artists that inspired him to start making music in the first place. “I think the buzz of making something you cant believe you created is what keeps you wanting to make more – especially when other people start to like what you’re making too”. He humbly admits that it was very much a case of being in the right place at the right time. Having started whilst working in retail on a gap year before going to uni, he notes how he was fortunate to come across another producer who was working there at the weekends who did writing sessions Monday to Friday. Fast forward to today, and we caught up with the artist following the release of his latest entry “Goodnight”.

Manfredi starts by pointing out that he did not know if it was the song or lockdown, but has found a new appreciation for being able to create music every day. “I’m just having a lot of fun right now and making things that I enjoy (even if no one else does) but I think that’s how you separate your music from everyone else”, he explains. Going onto highlight that the song itself was written as a love song. The artist explaining that he feels the lyrics can fit multiple scenarios whether it’s the relationship you have with someone else or yourself. Choosing to leave it open to interpretation for the listener to perceive it how they want to.

The artist feels what makes his music stand out is that he tends to not follow the trends. Instead seeking a unique sound that stands out on it’s own merits. Seeking to invoke emotions of happiness, identity and escapism through his music, the artist opens up about being incredibly lucky to have a strong network of friends and family supporting his vision. Recalling how he started throwing parties at the age of 16 so he could DJ more often.

Manfredi explains that there are many highs and lows in the music industry, paired with life events through your teenage years. Opening up, he recalls how he first realized something was not ok at the end of 2015. “I’d had a great summer in terms of playing shows, met my manager and was making really good music I was proud of, but I started to get tired all the time and hated everything I made which made me lose motivation to do anything. Plus all the moments I was broke and thinking no ones interested in the music I was making I questioned if I was delusional and I was actually any good at making music”.

Pointing to social media, the artist explains that it is the easiest way to market a record, whilst simultaneously allowing you to build yourself as a brand. Especially with apps such as TikTok and Instagram, where the organic reach is incredibly “insane” if the video is reactive, enabling your music to be heard by millions of people with little to no budget to speak of. He points out that where the hard part comes in is building a loyal fan base which can take a lot more effort and time.

Collaboration is without doubt the most important part of producing a record, the artist explains. With the main benefit coming from the fact that it stops you getting in your own head whether something is good or not. With other people acting as your “safety net”, providing constructive criticism on whether something is great as well as learning something new from everyone you work with. By the same token, working with the wrong people can be detrimental to your career, taking you in the wrong direction. For the artist, it is important to know what you want and identify that before you waste too much of your time pleasing other people.

His advice it to keep doing what you love. To work day and night, get a little better each day and overtime you’ll see how much you improve. “You make your own luck and I’ve realised a lot of the time things happen if you’re in the right place at the right time with the right song”. Manfredi is currently working on more releases, with plans in place to link in with his DJ live sets!#watchthisspace