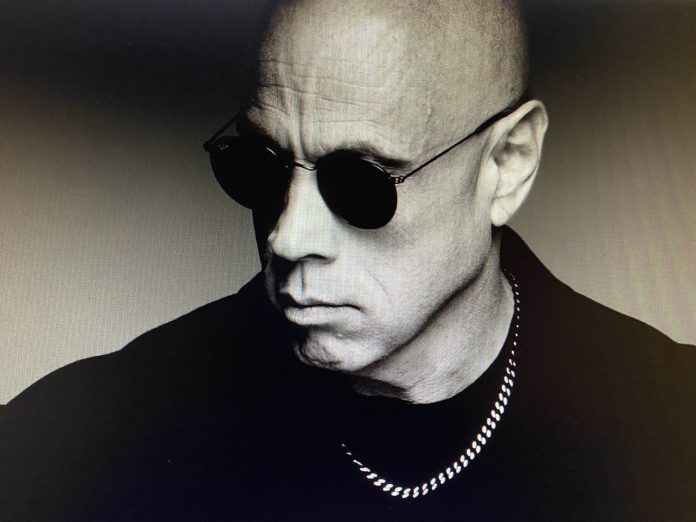 Kitt Wakeley started his journey into music playing trumpet at the age of 12 years old, he explains. Gravitating towards the piano and keyboards as he got older. The artist recalls his first stint on the radio at the age of 17 when local stations picked up one of his songs and made it part of their rotation. As his exposure gained momentum, the artist found himself becoming more consistent with the events he was scheduled for, alongside his song writing which matured, leading to more time in the studio recording. This subsequently led the American artist to land the opportunity to write for film and television. We caught up with the recording artist following the release of his latest entry “Sinners and Saints”. A single from his forthcoming album Symphony of Sinners and Saints, due out from the 21st May 2021!

Wakeley loves writing music. Especially one which in his view contains an “epic vibe”. He highlights that when you bring together a massive orchestra, along with a 48 member choir and a rock band, an epic vibe is inevitable. Mix in the magic of Abbey Road Studios and things start to come together very nicely, he goes onto point out.

“As an artist, this song’s make-up forced me to to write the music with dynamics that has peaks and valley’s and wasn’t just one wall of sound. I also had to make sure each part had a purpose and could be heard when needed or blend when warranted. Considering this song had 240 tracks, we had to make sure everything was forensically useful, otherwise, it would’ve backfired”.

Sinners and Saints sets the tone for the rest of the album [Symphony of Sinners & Saints], he explains. A core that focuses on providing a cinematic and epic tone which hits all of the emotional senses of the listener. The artist explains that his latest release contains all the elements that are captured on the other tracks, and thus should peak the listener’s attention. However, he does make a point of noting that this does not mean the rest of the album doesn’t have variety. Referencing beautiful melodies, lush strings and piano parts that pull the 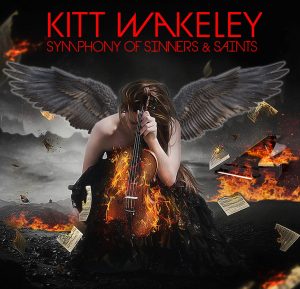 audience in a variety of directions.

The song itself is inspired through his exposure to the range of styles of music he grew up with. “I loved movie sound tracks, as much as I loved rock, pop and EDM music”, he explains. Describing his music as orchestral rock, the artist highlights that whether you like orchestral music or not, the raw power of an orchestra gets your attention very quickly! He points to the iconic instruments such as the violins and cellos who carry dramatic melodies, while low brass and French horns bring majesty. Wakeley explains that when you hear all of this merged together, it has the ability to sway the listener into a form of emotional state. “Every song should evoke an emotion. If not, I’ve failed. Many of my songs appeal to the euphoric nature of someone’s emotions, while other songs are more melodramatic”. he goes onto point  out that it is one thing to hear the audience cheer or applaud, but when you see someone crying during one of the more subdued songs, it’s a humbling experience as an artist.

The American artist points to a long list of people who have inspired his music and who have crossed his path throughout life. “I’ve been blessed to have teachers who took the time to foster my abilities, while my parents focused on making sure I knew the value of hard work and attention to detail”. He explains that when he was younger, playing an instrument was not seen as the cool thing to do. As a result, he suffered his share of bullying. Irrespective of whether via a passive aggressive nature of more overt; the spite came through either way, according to the artist. Something he still remembers to this day.

“I think a lot of musicians  struggle with their emotions in some fashion. That’s what fosters our creativity. Or the music is an outlet for emotions that we can’t express verbally or physically”.

Music is a great way to cope, he explains. For the artist, music offers a personal pulpit where he has the ultimate say so from beginning to end. The one place where the artist can control his own world, with the only satisfaction that he needs coming from within. When it comes to social media, the artist openly admits he cannot stand how social media can be a forum for hostility or unnecessary drama, false facts and misleading information. On the flipside, the artist loves to see the joy that people share. The magical moments of special occasions or accomplishments. Seeing the growth of families, careers, relationships and special life journeys!

Regardless of his personal opinions on the effects of social media etiquette, Wakely feels social media is a great vehicle for getting an artist’s music in front of the world. “I’ve unwittingly become a social media expert on so many levels. It can be a very powerful tool to let the world know about your passion. It has been a major blessing for me”.

Affirmation from your Peers

Wakeley feels networking is vitally important in being able to garner affirmation from your peers. It takes thick skin and time to find the right clique, but it’s worth it, he makes a point of noting. Going onto add that an additional value lies in opening up opportunities to learn from others. To see their creativity and expertise, which inevitably makes you grow as an artist.

It falls down to a few key requirements. To work hard, hold your character and professionalism, as in his opinion they can often outweigh talent. “I may not have been the best, but I outworked the others. I may not have been the most talented, but I was willing to meet deadlines. There may have been others with more promise than myself, but I was kinder and more professional”. He points to his greatest challenges as finding the right balance.

He is currently working towards his first big show taking place in May, whilst simultaneously working hard towards coordinating additional shows to be held at Carnegie Hall in New York this coming October. #watchthisspace