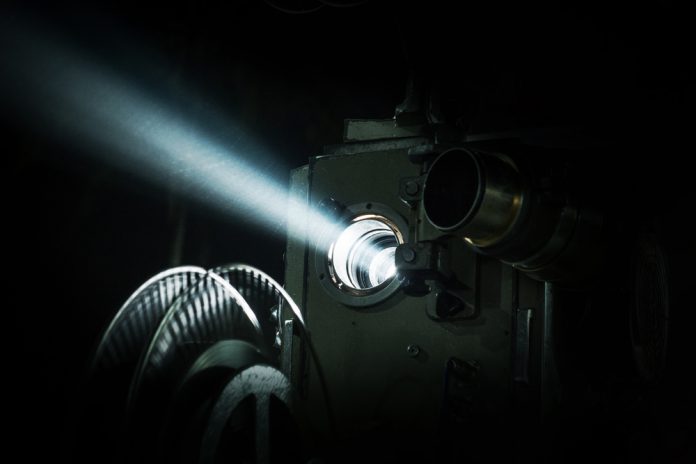 Horror, as a genre, is subjective. What scares one person might make another cringe.  A lot of the time, especially in horror, there is a split between two sub genres – arthouse and mainstream. This leads me to two recent horror movies – ‘It’ and ‘The Babadook’. One is arthouse, one is mainstream – both are horror movies yet they could not be executed more differently.

Both films deal with a great deal of psychological horror, one with death and one with growing up – two things that are universal in life but its how they are both addressed I think is important to recognise. ‘It’ thinks by showing scary images and scary scenes that therefore this becomes a scary film – but it doesn’t, it’s all about build-up. ‘The Babadook’ is the opposite, yes it does rely on some scary images, but its more the implication of what lies beneath the film.

I really enjoyed ‘It’ as a film. As a teen drama, ‘Stand By Me’-esque, it works wonderfully well. In my brief review I commented that I found the half of the film focussed on the kids to work brilliantly. Similarly ‘The Babadook’ also works as a straightforward drama, dealing with death and grief the same way as ‘It’ deals with growing up, puberty and the oncoming storm of maturity. What happens next is the way the scares, it is a horror movie after-all, are implement.

‘The Babadook’ opts for the slow burn. It takes a time to get going but because we are already attached to the characters, we are fine to sit by and enjoy the ride. The film is not afraid to wait to show its hand, its confident in its pay-off so it knows when to sit and wait. We know its a horror movie – we know its going to scare us, so sometimes the wait can be just as nerve wrecking. The subtle cinematography, the creeping score and lighting really help create this chilling atmosphere where even without any of the horror elements you’d feel tense and on edge. The film works on multiple levels and excels in all of them.

‘It’ is similar on some levels, but in its execution it is let down. The film gets going right away, less than 40 seconds in we get our fast fake out jump scare, basically a scare that isn’t a scare but tricks the audience to think its a scare. We’ve seen the before – we know its coming, but we go with it anyway for the quick jump effect. Its then almost immediately after we meet Pennywise, granted from subdued circumstances, but we’ve seen the hand. Within 5 minutes we know what’s going to be scaring us, how its going to be scaring us and we have time to prepare. Granted it does shake things up, don’t forget those cheap jump scares, but playing the card so early doesn’t help.

Arthouse films also do tend to rely on the subtle rather than the extreme. This is not always down to the choice of the screenwriter, but more of the budgetary conditions. ‘It’ did not have this issue, and it works in its disadvantage. The CGI effects present an easy out to the director, creating terrifying imagery in a computer programme, creating images that would be impossible to be pulled off practically how it looses its sense of reality. Once you realise and see through the shoddy CGI you get drawn out the film, you know its not real. The best parts of this film are when its just Pennywise and the kids – not CGI, just plain acting and practical effects – that I can believe. When you believe that the horror is real, it is when it becomes real to you. ‘The Babadook’ could not afford major CGI so it required interesting, creative opportunities to find ways to scare the audience, psychological rather than just visual. Its this creativity I found missing in ‘It’ and a lot of the mainstream horror movies of recent years; ‘Insidious’, ‘Paranormal Activity’, ‘Saw’ etc.

Now I understand this is not a problem for everyone, even film critics who are even more critical than me – this film has a wonderfully high 88% on Rotten Tomatoes! I almost agree with it, I really did enjoy the film – but as a horror movie I did not. For me while more fun, engaging and almost more creative than ‘The Babadook’, judging both these films are a horror movie seems weird as I just wasn’t that scared of ‘It’. The trailers had me scared, mainly because when they cut the trailer the CGI wasn’t ready so they had to use the practical effects.

Mainstream horror, maybe down to trailer culture in the aims of selling a film in a 2 minute video clip, have sacrificed long pay-offs for cheap thrills. Yes they are thrills, but they are cheap and in the greater scheme of things do not have as much impact. ‘It’ had 99% more scares than ‘The Babadook’, a 99% scarier trailer and in my opinion will make more in the box office – however if you ask me in 5 years which film I remember more for scarring me? I will recall ‘The Babadook’.

PVRIS: All We Know of Heaven, All We Need of Hell...