This August, ANIMAL will be sponsoring the Men’s and Women’s Surf competitions at Boardmasters festival for their second year running!

To celebrate, they are offering you the chance to win four VIP Weekend Camping tickets for you and your friends, and £150 worth of Animal gear! Competition Closed

Competition closes midnight on Sunday 3rd July 2022. The prize includes VIP camping for four people from Wednesday 10th to Monday 15th August 2022 (including parking and other perks listed below), and up to £150 worth of product to help kit you out for the festival!

Since 1981, Boardmasters has attracted the biggest names in surfing competing on the Cornish coast, including eleven times world champion Kelly Slater. Each year, numerous competitors descend on Fistral Beach to battle for the title of champion. Set upon stunning backdrop of the Cornish Coast, Boardmasters is an iconic five day British music and surf festival which this year is home to some of the world’s hottest acts. Headliners include: Kings of Leon, George Ezra and Disclosure, and other acts on the line up are The Wombats, Bastille and Tom Grennan amongst many more. 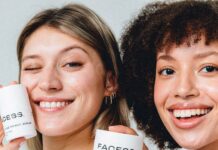