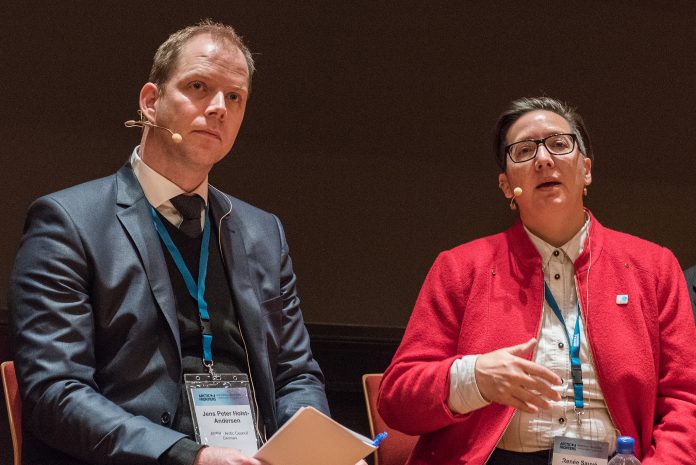 The Arctic Council’s Senior Arctic Officials (SAOs) and representatives of the indigenous Permanent Participant organizations (PPs) will meet in Juneau, Alaska on 8-9 March 2017.  The Arctic Council’s SAOs and PPs will discuss and review the Council’s ongoing work, including programs and projects from the six Working Groups and other subsidiary bodies.

The Arctic Council is the leading intergovernmental forum promoting cooperation, coordination and interaction among the Arctic States, Arctic indigenous communities and other Arctic inhabitants on common Arctic issues, in particular on issues of sustainable development and environmental protection in the Arctic.

In addition, Finland, which takes the reins of the Arctic Council from the United States at the upcoming Ministerial meeting, will present key elements of the program for its 2017-2019 Chairmanship.

Looking ahead to the meeting, the Chair of the Senior Arctic Officials, Amb. David Balton (U.S.) said: “The meeting in Juneau will set the stage for the upcoming Ministerial meeting in Alaska in May, where the Council will highlight its accomplishments over the past two years and set in motion the work that it will undertake over the coming two years.”

Ambassador Balton will hold a media briefing in Juneau on Friday, 10 March, at 9:00 AM local time (1:00 PM ET, 6:00 PM UTC) to share outcomes from the SAO meeting and respond to questions from media representatives. Journalists are welcome to attend in person or join remotely. To participate, register here. To receive information about all future Arctic Council activities, please subscribe to our distribution list.

The last Senior Arctic Officials’ meeting took place in Portland, Maine in October of 2016.
The Members of the Arctic Council are the eight Arctic States – Canada, the Kingdom of Denmark, Finland, Iceland, Norway, the Russian Federation, Sweden, and the United States. In addition, six organizations representing Arctic indigenous peoples have status as Permanent Participants.  They are the Aleut International Association, the Arctic Athabaskan Council, the Gwich’In Council International, the Inuit Circumpolar Council, RAIPON (the Russian Association of Indigenous Peoples of the North), and the Saami Council.