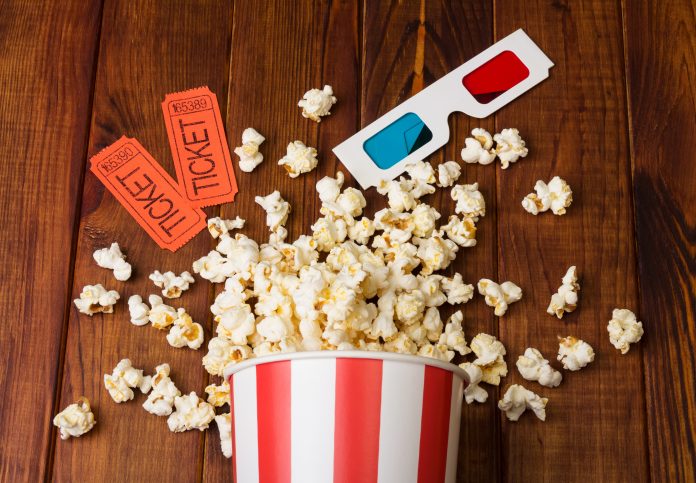 So, we’ve hit the half way stage of the cinematic calendar year and its with this post-summer release schedule that I look back to the first part of the year and see what films stand out as the Best Films of 2017 (so far.).

7 – Manchester by the Sea

The film is very simple. Survival. Its not pretty, its dark, dirty and terrifying. However a war has never looked so beautiful – the cinematography is something to truly marvel at, its incredible. To be honest, there’s not much more to say about the film really. Its a masterpiece of epic proportions, easily not only one of the best films of the year but perhaps one of the greatest films of the 21st century.

Its hard for a film to make me well up with emotion, let alone do it in both of the screenings I saw this film in the cinema, but La La Land managed to and then some. Its a beautiful, energetic and electric thrill-ride from start to finish that satisfies the craving for fresh original high-concept American cinema, that keeps me highly anticipating Chazelle’s next film. In my opinion this film does not deserve the backlash it got, its easily one of the best films of this year and in recent cinematic memory.

With films like these, small budget horror films and films in general, for it to be truly great it needs more than just a great story. The cinematography, music and acting are all integral parts of the film that sometimes seem to be left out – whether due to budgetary contrasts or simply because the filmmakers are not capable enough yet at their craft. Where Raw succeeds for me is in the subtle touches. The stunning cinematography, with some shots sitting with me days after watching. The haunting score, which I still listen to regularly on my phone. The captivating acting, that makes me wish for more arthouse films in mainstream Hollywood where actors can truly find themselves in a role. This film seemed to get all the parts of the jigsaw correct, something sadly is not the norm in the majority of film today.

This film is strange, surreal and brutally honest to the point where you might wish it would be more conventional. But this film excels in showing the mundane, slow moments of everyday life – especially in the grieving process. If you were watching at home you might feel compelled to pick up your phone in one or two scenes so I urge you if you can to see this film on the big screen (while you still can) as it’s sound, visuals and lasting impact will definitely be greater. Its the most haunting, captivating film I’ve seen all year. At times, this film is truly something special.

This film is an effortlessly crafted, sexy, thrilling masterpiece which seems almost too perfect to of been made. It hits every note that you’d expect the film to hit perfectly with it taking you on an adventure you’d never see coming and making you thankful for the surprises you’re given. In this day and age with spoilers so easily accessible, and films so easily ruined, its rare for a film to surprise me and genuinely shock me with its twists, and to this I say to Park Chan-Wook, thank you.

Moonlight is the little movie that could. From such a low budgeted and humble beginnings, Barry Jenkins managed to take this film to Oscar glory and kick-started what could be a very special career for him as a director and writer. The film, while the third act is notably weak, is a wonderfully composed and crafted film that will go down as one of the most important films not only of this year but of recent years. The soundtrack haunting, the acting terrific – this film is something special and if you get past the disappointing third act, this could become an instant classic.

This film only narrowly loses its place to Moonlight as this film is almost, in a way, the most perfect film on the list. Its subtleness, nonchalantly burying its way into your heart, at times ripping it apart piece by piece is gut-wrenching at times. All of the films on this list made me feel something but I don’t think any film on this list made me feel more than Manchester by the Sea. Its not the most attractive of films, nothing truly stands out, but its in Lonergan’s master-class of his craft that this film elevates to become something very special.

Never has blood and gore been more effective in a film before, at least in what I’ve seen on the big screen. While the first act might seem like religious pandering, its when we hit the stride of our story where the tension, emotion and power of the film really get going. The battleground scenes are some of the most well shot, crafted and emotional scenes I’ve seen in the cinema for a long, long time. It can be hard to not view this film as Gibson’s pandering to a Christian audience (any other director directing this might of made it more subtle), yet even without all that its still excellently crafted, and if you don’t get emotional at the post film/pre credits scene involving the real life Desmond Doss then do you even have a heart?

The film was perfectly executed and was just a charming, hilarious night out at the cinema. The film was smart, funny and in this time of religious prejudice and persecution there was some especially poignant jokes that hit hard and true, and made this film one of the most important as well as hilarious of the year.

Every now and then a superhero film elevates itself above the genre and becomes something more – a genuinely good film. While not as superb as The Dark Knight, Logan is one of these films. In a time where superhero films are starting to feel more, and more generic in their 3+ releases per year – Logan felt fresh. It was a great conclusion to a character that despite sometimes being in poor movies, deserved such a wonderful pay off. If you’re emotionally connected to the characters on screen (some connections built over 10+ years) this is the ultimate pay-off.