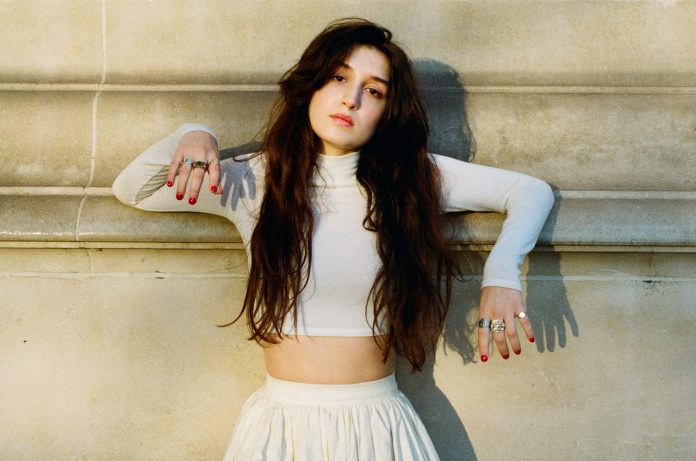 “People did not take kindly to my big dreams and idiosyncrasies. I’ll be the first to say it was absolutely the best thing for me. I have a strong backbone and sense of identity now and am not easily intimidated!”

With over 55 million combined streams across her back catalogue, Caitlyn has built a reputation around her stellar vocals and accomplished songcraft. Regularly penning tracks for other artists, she co-wrote and featured on CLiQ’s single ‘Dance On The Table’ – a track that broke the record for the most Shazams in 24 hours after being played on Love Island, and Axtone Records’ ‘Free Wheelin’ by Jack Wins, which currently sits on over 30 million Spotify streams.

We caught up with the British artist following the release of her latest entry Sweet Side. I think I have a unique take on melodies, she explains. Highlighting how she likes to push metaphors really hard and express her feelings through feisty lyrics with a vulnerable edge. The artist herself has been singing and composing since childhood.  Having first entered the music industry with a dubstep song called “Bad Love;  which was uploaded to Soundcloud and went viral when she was 17. Since then, the artist has been forging herself an independent career writing for her own project as well as other musicians.

“I did recently hear my track [Heart For Rent] for the first time in a while and think to myself “wow this was a really cool concept”.

Going onto the explain how the song itself was written about an addict who places an advert in the newspaper for her heart and then loses her phone in a bar. Distressed and worried she might miss her true love’s call responding to the advert….Caitlyn is keen to offer her fans self acceptance through her music, she goes onto point out. Being admittingly quite sensitve and introspective, the artist highlights hwo she tends to keep a small circle of friends around her. Explaining how those that have left or hurt her in the past have by their own actions taught her an incredible amount and motivated the artist to fight for the life that she aspires for, and prove what she is capable of.

Caitlyn opens up about having a long history with depression, anxiety and compulsive behaviour, the artist explains. Pointing out how it has been a very humbling journey. However the artist feels comfortable opening up about it because she understands she is not alone! She takes strength from being able to ride the storm. with the pain always ending up as fuel for her creative fire!

The artist admits the difference social media has made is immeasurable. Whilst she would prefer to have no public social media at all, she understands that option is not available for an independent artist. Finding the most redeeming factors about social media to be the ability to communicate directly with her fans and create a platform for what matters to her.

For Caitlyn, finding the right network of people has been incredibly important. It’s a never-ending journey, she explains… “Finding collaborators who think like me or share my vision is the only way to give birth to art I’m proud of”. Raising her artist profile without being signed to a major label has been her greatest challenge! The artist recommends to push your limits and to be as independant as possible. This being said, collaborations is equally important. To work with other people because you want to, no because you have to!#watchthisspace