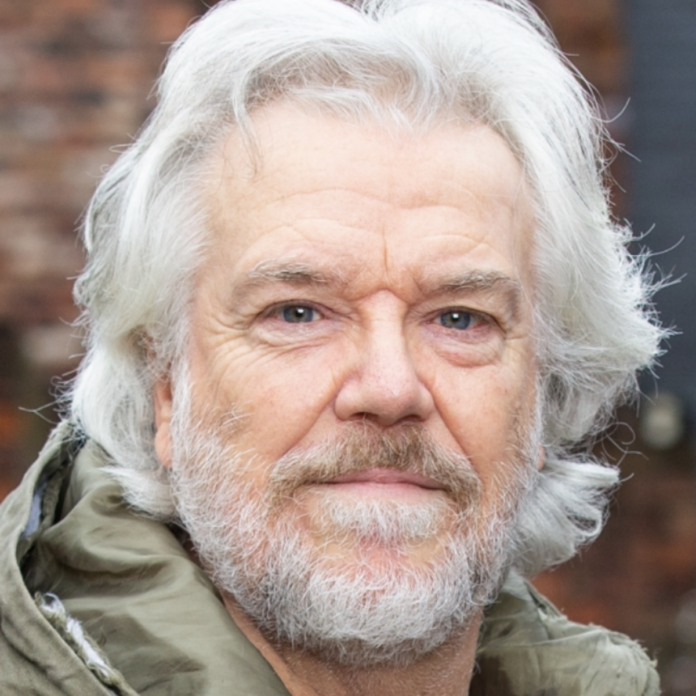 We caught up with Coronation Street star Bill Fellows. Our interview begins with Bill providing a fascinating insight into how through a series of fortuitous events, he found himself in a prestigious drama school, even without the O-levels that would usually accompany such an invitation. Although the path to getting into drama school was not as straightforward as you would expect.

The actor explains how his background was as far away from your association to theatre as you could imagine. From a working-class background in Middlesbrough, his father was a street sweeper, whilst his mother was a housewife.

Thrown out of French Class

Finding himself thrown out of French class, he explains that he found himself within a course, that would raise quite a few eyebrows within the current curriculum. “How to be a Gentleman”. Bill highlights that himself and few of the more “cheekier” characters found themselves within this class. And it was the best thing that ever happened to him. Overseen by what would be best described as a tough teacher, the fondest memories are those which the teacher imparted on the group. 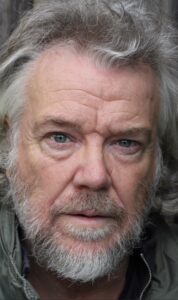 Bill goes onto explain that as the teacher [Burt Wooley, MBE] got to know him a little better, he told the young Bill Fellows about a Saturday morning theatre club [Middlesbrough Little Theatre] he ran. “Little Theatre was quite a big part of Britain. It cost 6 pence every Saturday, and I said I like the sound of that. That is exactly how I got involved”. He goes onto point out how through a series of events, eventually a guy called David Evans said to him [only 19 and unemployed at the time], to apply for drama school.

Openly admitting that he genuinely did not know what drama school was. Evans explained it to him in detail and encouraged the actor to send off a form. “So, I sent this form off to Guildford, not expecting anything. I got an audition. Miracles of miracles I got in. Which is quite a testament to the teachers. Because in their prospectus they say you must have 6 O-Levels, and I had none (having left school at 15)”. Praising the teachers that allowed him in. Hoping that through his career, he has offered a legacy to be proud of. He explains that most people he knew when he got in were shocked.

For the actor, it was a way out. On the dole, and with nothing to lose. The actor recalls how once he went for the audition in Guildford, he remembers thinking to himself. If he doesn’t get in, he is going to do it again. To apply through somewhere else, if the need required. “Once I had my eyes open, is saw it..yeah, this is what I’ve been looking for. But I didn’t know any of these things existed. That’s the scariest thing”. Bill goes onto point out how in the 80’s a lot of actors started to find their feet, which worked perfectly for his aspirations. With a note that being an actor during that period was immensely difficult. With a lot of talented people choosing not to take the leap as they had a steady job.

Bill considers himself lucky that he did not have anything to fall back on. Highlighting that when he was on the dole, and was offered Drama school as an out, it was a straightforward choice to make, as he didn’t have a choice to make.

Bill highlights how back in the 70’s it was very restrictive getting into theatre. “You had to be an equity member to get work, and that was really hard because theatre only had so many equity cards to get out. So, you are constantly searching trying to get this equity card. Nowadays, people don’t have that”. He goes onto point out that fortunately the local theatre company in Farnham [Redgrave Theatre after Sir Michael Redgrave], was quite close to Guildford. It just so happens he was involved in a play [Kez]. This enabled the actor to get an equity card [requiring 20 weeks for full time work before you could become a member].

“I managed to get a break and get a good agent, called John Mahoney”, he explains. Recalling how when he originally wrote to him, he got his letters mixed up. This fortuitous comedic error led to the formation of a very strong relationship. Helping the actor get off to a great start. From TV adverts, to working with Ben Kingsley. For the British actor, just making a living from acting is a great success. Admitting that he never thought the best years of his career would happen during his 60s. Due fully aware that these highs can have a short life span, so enjoying the moment is paramount.

Bill explains that he has been on the radar for coronation street for several years. Having auditioned a couple of times prior. He felt that has he is northern, with a persona that offers a working-class type of character, he felt he might be someone they could use at some point. “I did audition a few times for regulars but didn’t get them. So I never thought I would get my chance later. But someone somewhere wrote a part months ago before I was even seen”. He goes onto explain that it all started with Jenny Radcliffe, the casting director [Coronation Street], sending a request to his agent for a self-tape. Which he subsequently did, and as soon as he read the script, he recalls thinking to himself “I can do this”. The actor points out how sometimes you get a script that you think “maybe”. However, in this case, he felt it suited him perfectly.

“I had to go back and do a screen test [in Manchester], and there were 5/6 other actors there. Even at that point I wasn’t sure whether I had got it yet. So, I went on set and worked with the actress who plays Yasmin in the show. They wanted to see what the chemistry was like. I still wasn’t convinced I was going to get it. I then got it and I was over the moon”.

He does however convey the reality of such a phenomenal part.  Having to be in a flat on your own, away from your family. In addition to the skill of being able to do line learning. He explains that you learn your lines, you do all the filming. You feel great afterwards. However, just as you have that respite, you get given more scripts to rehearse. For the actor, this is the hard part. The consistency of the scripts coming through. This being said, he would not have it any other way!

Looking back at his expectations prior to arriving on set, Bill found that the expectations that were laid in front of him could not be further from the reality of life on set. He further recalls a part he fulfilled recently, whereby they filmed all day, doing everything in one take. “I wasn’t used to that because by that point we would usually have done 5 scenes. Sometimes it’s nice to get on with it”.

For Bill, when it comes to a career in acting, he feels the key point to remember is there is no construct to it. There are no rules. That you have to go with the flow. Pointing out that whilst you don’t necessarily have to go to drama school, he believes it’s a great asset to have in your arsenal, as it provides you with experiencing acting scenes, that you would not necessarily touch in real life. Ranging from playing parts too old for you, enabling you to push the boundaries of what you could do. In addition to the relationships you forge which for Bill, have lasted to this day.

“What is very important, and admittingly hard to get is a good agent. So, get the best agent you can [team]. So, you have choices, you can either sit and wait for the phone to ring, you can create your own work, or change your agent”.

For the actor, the key is to not give up. Highlighting that it can be so tough sometimes. To try and keep on going if you can. To persevere and look to create your own work if you can. And if you’re not happy with your agent, to try another agent. Even in the knowledge, that your agent may have been putting you forward for loads of things, but you are just not getting seen. Making a point of noting that mentally, it does not matter how hard you hit, it’s how hard you can get hit, and carry on moving forward. You have to be resilient.

6 Tips for a Successful Internship