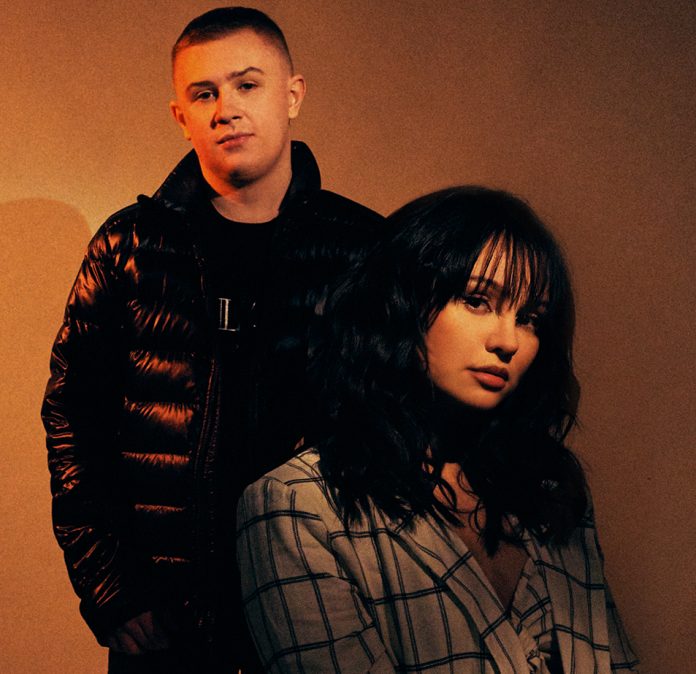 We caught up with DJ & producer Alex Hobson and singer, songwriter and social media superstar Talia Mar following their latest collaboration for their new summer smash hit ‘Good On You’. Talia herself admits that she never thought about releasing a dance track prior. Whilst highlighting her joy on working on the collaboration; the artist points to the journey as being an immensely fulfilling experience to adapt her voice for a different genre and work with someone as closely as she was able to in reference to Alex and his team.

For Alex’s part, the DJ feels that whilst is still early days since the release, they are seeing a huge amount of interest from radio plays through to social engagement…“it’s nice to be getting some real engagement and support, I’m really proud of this single and think it has massive potential”. The DJ pointing to his own inspiration stemming from growing up around his environment. Highlighting how Piano house has always been the artist’s favourite genre. With a focus on always looking to learn and improve!

Talia’s musical origins come from her family rich background in musical talent. The social media sensation explains how she grew up singing at every opportunity. Something that has been a huge part of her life..

“When I was thirteen, I secured some studio time and ended up becoming a make-shift audio engineer – which is a long story for another time! I went to The BRIT School and released my first song ‘Stolen’ in 2016. Since then I’ve released an EP (Tough Decisions) that I wrote, recorded and produced completely independently. I then started working with a producer and it’s all snowballed since then!”

Alex, on th ether hand started music whilst he was still in high school. What initially started out as a hobby quickyl evolved into something he was very passionate about. He explains how he used to get a really good buzz off completing a track and showing it to his friends/family. Admittingly he points to it likely not being very good at that time, but to the artist it was amazing. “I started posting music online on Soundcloud and YouTube, from then onwards i started to gain interest from various YouTube channels and it pretty much took off from there onwards”. With a belief that growing up in the late 90’s helped to drive him towards the house genre.

“I wouldn’t necessarily say I chose this path as it feels like I’ve always done it. I got a karaoke machine on my 6th birthday and that was it. I was so sad when it broke a few years later and that gave me the motivation to teach myself how to play the guitar so that I could still sing to music”.

Talia describes her music as being a mixture of Country and RnB. Best described as the beats and rhythm of Craig David, crossed with the lyrics of Taylor Swift. In terms of standing out, she points to her poetry background, which she feels you can see in her lyrics, and how she contructs her music. With a preference on using a lot of words to tell her story.

For Alex, it’s about pursuing a vibe that lifts people’s spirits. Taking the view that ‘Good On You’ offers their listeners a track that they will find themselves singing to without even realising. Openly admitting to being guilty of that himself. The key for Alex, as mentioned above is to provide a feeling of happiness and joy through his music.

Whilst Talia points to offering everyone the chance to relate to her music in one way or another. Noting how when she has written something that’s really specific to her, the artist finds herself changing the perspective so it can be interpreted in a completely different way. It then makes it relatable to everyone and all situations, she explains. Referencing how she wants people to feel understood so they can have a meaningful connection to her music.

Alex explains how these days social media is very important when growing as a small artist. Highlighting how you have to be on the ball & make sure you jump on any new trends that come up. The DJ points to finding social media helpful because you can see insights into your fans. For Talia’s part, her career has been based on social media and the relationship she has with her audience, she explains.

“I started my Youtube channel in 2010, took a bit of a hiatus and then picked it back up in 2016 where I had a bit of an unexpected journey into all of this. I actually posted a photo wearing really bold make-up that ended up going viral and landing on lots of meme pages”.

Talia points out that when she started her channels, her username was actually taliamarmusic. Going onto explains how she has always posted singing clips and music related content throughout her career to ensure her audience can constantly share this dream with her.

As for those seeking to following in the artist’s footsteps, Alex recommends finding a DAW that you like the look of, and immersing yourself in as many YouTube tutorials as possible. In addition to making a point to join the host of  producer groups available on Facebook.

“They’re full of like minded people all there to share and learn new things. I’d also advise using Splice, it’s a monthly subscription that gives you access to thousands of samples including Drums, FX, Vocals etc. Really helpful when you’re stuck for ideas!”

Talia goes onto point out how the typical routes that you’re encouraged to take may be great in principle,  they may not be right for you – which for the artist is okay! Highlighting that you don’t necessarily need to go down the path that you think you need to, to get to where you want to be. To do what feels right and keep making music (or whatever your passion is) at every opportunity. To learn how to produce, play an instrument and learn about the business side of the industry. “I think the best artist-specific advice I can give is that if you want to be a singer/songwriter, you should learn how to produce even if it’s just to a basic standard, it helps so much”. She points to her biggest challenge to date as being navigating the internet  and inevitable hate comments/opinions she comes across.

Both artists currently have a lot of music in the pipeline. With Alex’s next single due in the Summer, whilst Talia points to two further licensed collaborations launching this year, alongside new merchandise and host more!! #watchthisspace

US Heavy Metal Band The Devil Wears Prada on their latest...