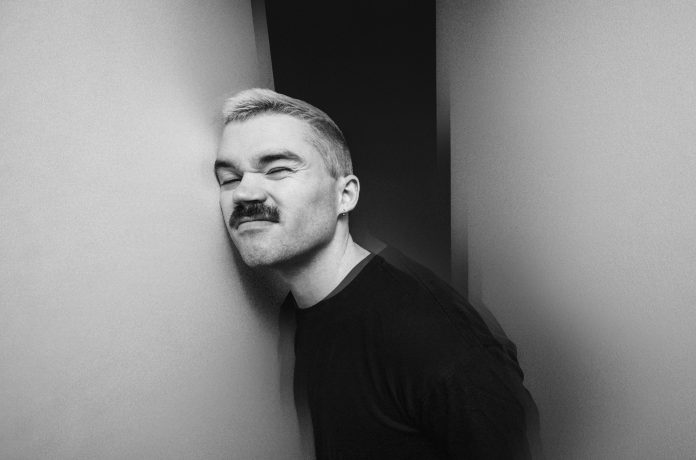 Best known for singles such as ‘Take It’ and ‘San Frandisco’. Australian artist Dom Dolla began his move into the music industry, working initially as a graphic designer whilst djing at his friends house parties on weekends. Utilizing his creative design skills, he slowly shifted his focus towards writing music and taking gigs around town, whilst developing designs for posters for placement at nightclubs he was scheduled to perform. We caught up with the artist following his latest release [Pump the Breaks]. A song inspired by his own 01 Toyota Camry. Something that started as a running joke with his friends, the artist openly admits that he cannot bring himself to part with his Camry for a new ride.

According to the Aussie artist, music is a form of escapism. Whether this be dancing on the dance floor, going to the gym, studying, or working; his hope is to invoke a feeling of happiness and joy through his creations. He points to his manager and best friend James Fava as being instrumental in giving the lift he needed to pursue his dream. “There’s nothing like having someone you can call up anytime to discuss all things music, professional life and personal life at the drop of a hat”. The artist going onto highlight how he loves working with friends who are as excitable about his music as he is. Noting that his parents and sister have been his pillars that have allowed him to follow his passion. This for the artist has been instrumental to his success.

Dom Dolla counts his blessings with respect to the fact that he has been pretty lucky when it comes to having to deal with trolls. “I’ve certainly been affected by bullying in my life in the past as a youngster (as most people have) but not really in the instance of my professional career”. Opening up about how he has bared witness to plenty of musicians being bullied through anonymous trolls. Highlighting how the rise of the keyboard warrior in latter years has meant you can read some pretty damn brutal comments on instagram or even sound cloud. His view is that these trolls themselves are simply insecure or immature individuals who are not fully aware their words have consequences, and there’s somebody sitting on the other end of it who’s working their butt off to entertain them.

The artist references how social media in itself has been an amazing outlet for discovery. Something has been incredibly valuable to the artist in allowing him to communicate his music, in addition to providing a great direct line for the artist to receive feedback. The artist feels that surrounding yourself with people who share your dream can be both inspirational in addition to providing an incredible support network.

Presently Dom Dolla is spending a lot time listening to fellow artist SG Lewis’s latest album. Noting how from a production perspective, he has been particularly inspired by the work of Bicep ad KC Lights. For the artist, the biggest challenge so far has been figuring out what his lifestyle looks like in terms of where he is based. Australia is so far from Europe and North America, where most touring is situated, he explains. “I’m super close with my parents, sister and friends at home, so it’s difficult being away for months on end, but it makes it so much more special coming home and sharing stories from our time apart”.

For those seeking to follow in his footsteps, Dom Dolla recommends replicating and taking inspiration from those who have done it before you! They’ve made the mistakes, according to the artist. At the same time, the importance of concentrating heavily on your creative craft. The artist highlighting that these days marketing is almost as important as the art itself, so don’t forget to do your best to wrap your head around social media. “Sounds vague, but just make music your life… Turn your hobby into your job and you’ll never work a day in your life”.#watchthisspace

What if Anxiety were a Superpower for Today’s Students?