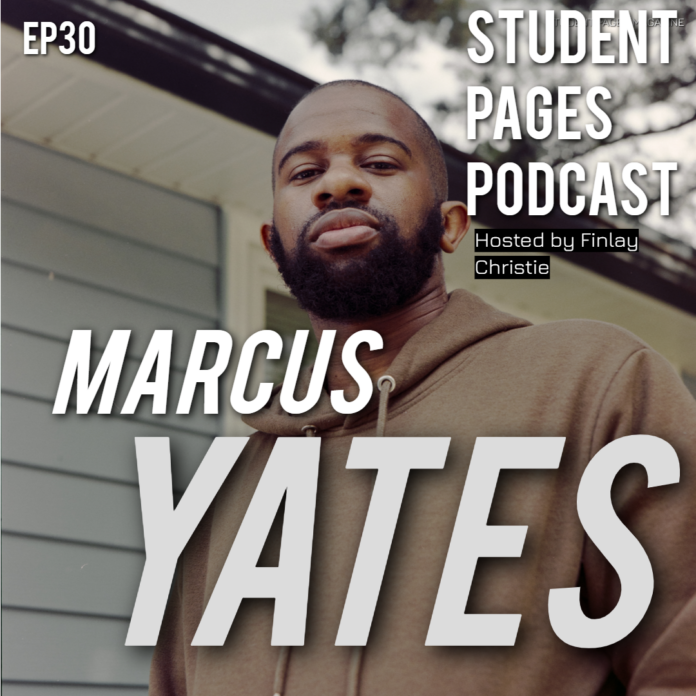 Finlay sits down with breakthrough US artist Marcus Yates to discuss his latest release After All. An artist that is continuing to make waves on streaming charts with his signature sound of sonically crafter R&B mixed with a sultry alternative blend. Creditted with collaborations which include hits with Kendrick Lamar, DaniLeigh, Tech N9ne and more. Yates is an artist to watch!

Marcus Yates artistic career began with a passion for sports/competition, he explains. Inevitably leading to dancing, which he recalls lead the artist to falling in love with rhythm. Thus began his new skillset of beat making. He points to his reward for all the grafting in the beginning leading to a path which found the artist working with Tech N9ne. This provided Marcus with his first opportunity to collaborate in 2010, which has led to many other accolades since.

He feels the process of learning who you are and being comfortable with expressing/articulating his desires and fears has improved tremendously over the years. After All is just a testament to that, he explains. “Music and communication are one in the same. The inspiration behind it was a song called “Don’t Ask My Neighbors” by The Emotions. Having the confidence to introduce yourself and getting to know someone is highly slept on”.

Marcus tells Student Pages that he likes to see himself as a mesh between Khalid, Childish Gambino, and Frank Ocean. Highlighting that whilst in the frame of writing songs, he actively engages in writing from a dancer’s perspective, constantly striving for those rhythm/melodic pockets that give the artist and his fans chills. Noting that when it comes to his fans, Marcus is keen for his listeners to feel a form of emotion. With the ultimate goal of keeping the freedom of feeling something alive.

Marcus opens up about his time at college, where he went through deep phases of depression. Leaning towards drugs and other simulus yet harmful things to cope. “I was probably the most creatively frustrated I had ever been simply because I had more time to think about it. And when you study long, you study wrong”. He explains what helped him get over it was taking significant time out to love his family and community.

In today’s world, the artist believes nothing will pop off without social media. Placing a pretty high significance on social media to build an artist’s career but at the same time finding the right balance to not get lost in it. When it comes to the importance placed on finding people in the music industy, Marcus offers these words of wisdom:

“It takes a village to find out who you are and what your place is in the industry. Having that community aspect heightened my awareness of what’s right now and it made me able to put myself in a position to innovate”.

With advice to stay on course with whatever your passion and desire takes you! Openly admitting that it will be a lot of changes and ungly transitions along the way towards finding yourself, and embracing them as they (the transitions) do not stop! He points to his greatest challenge to date the art of increasing his followers across his platforms.

Marcus is currently working on a new album, highlighting how he needs to keep his sword sharpened (in reference to his music) at all times.#watchthisspace