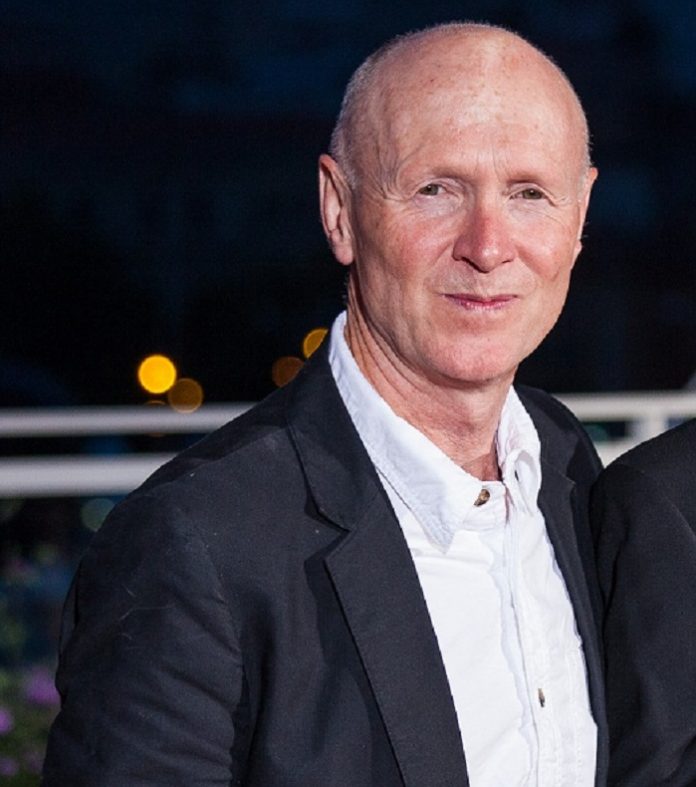 In the late eighties, after investigating human rights abuses conducted by the U.S backed Contras during the war in Nicaragua, Paul Laverty had an idea for a film.

With no prior experience in the film industry, Paul decided to send out an outline of his story with a treatment and the reasons for why he wanted to make the film to a range of people. While most people never wrote back, the ones that did seemed to conclude that you’d have to be crazy to consider making a film in Nicaragua at that time, and his proposal was firmly met with rejections.

However, amongst the many people contacted, one was acclaimed British film director Ken Loach, who took an interest to Paul’s idea. After a couple of meetings and sketching out a few scenes, Ken Loach decided he wanted to make the film.

That film was ‘Carla’s Song’, released in 1996. Since then, screenwriter Paul Laverty and Ken Loach have gone on to collaborate on over 12 films together, including ‘My name is Joe’, ‘The Wind That Shakes the Barely’, and ‘I, Daniel Blake’, picking up an assortment of awards including two Palme d’Or’s, becoming one of the most important and prolific partnerships in cinema.

I sat down to discuss his journey into film, and his unique methods for finding a great story and constructing a stellar script.

Although your films are heavily steeped in realities that are often presently going on, your films are ultimately fictitious and follow fictional characters. Why do you choose to write for the medium of film as opposed to documentaries or journalistic texts?

There’s something magical about film. Film has many lives, it can be contradictory, it can be magical. I did enough human right reports and journalism when I lived in Central America. The thing about cinema is that it has the ability to transcend, just by telling a story it can have an echo.

Do you have a purpose when you write a film? Is it to inform or entertain an audience?

I don’t think about it in those terms. The first thing is curiosity. I’m curious about lots of things in the world I’ve seen. I’m fascinated by how power works, I’m fascinated by the false narratives that we live under. The great thing about storytelling is you can go into the shoes of an individual, you can look through their eyes, you can look at their contradictions, you can imagine their history, and then you can put pressure on them through the structure of the screenplay to see how they’ll behave. And that can be a reflection of just how life operates such as in ‘I, Daniel Blake’ for example.

When thinking about characters, how do you mould them? Do you have any methods for constructing a main character?

Sometimes they come to you in a flash, and sometimes they emerge. For example, with ‘Looking for Eric’, Eric Cantona came to us and wanted to make a film about a real fan that followed him from Leeds to Manchester United, which I wasn’t interested in at all. But I remembered this wonderful goal he scored against Sunderland – an absolute beauty – and it came to my mind what if there’s an older Eric who’s not sorted out the problems of his past, and has panic attacks and no self confidence, and has an imaginary conversation with Eric Cantona. Where that wee guy came from I have no idea, it just popped into my head. Other times characters emerge, but what’s important is that you dig around and do the research.

That leads onto my next question, which is how do you go about researching your films? Do you have any advice for ways to research a particular subject?

Be curious and have a brass neck. Speak to the people who are living the experience like with ‘I, Daniel Blake’. Go speak to the disabled people, the doctors who are furious at the way their clients are being treated, I found whistleblowers inside the DWP, now that takes time cause they’ve got to trust you. You’ve got to dig around, be determined, and if you listen to people with respect they’ll give you nuggets of gold.

How do you then translate that research into a story, and a film?

You can’t copy a screenplay from the street, and you can’t copy a screenplay from research. But if you understand the world of your story it’ll give you more creative options and ideas, then one thing leads to another. What you’ll be able to do critically is link up different themes through the personal choices of individuals or the crisis they face. It’s imagination plus information, and that can lead to very interesting places.

What advice do you have for someone who has an idea or a screenplay and wants it to get made?

I think a key thing to find is kindred spirits. If you’re a hungry screenwriter who wants to find brilliant, original stories, then you need to find a hungry young director, and then you find another hungry young producer, and you make shorts together, and do something brilliant that no one will want to ignore that’ll make people go wow, these people have really got an appetite to work together. Take responsibility for your story, make it original, be your own toughest critics and get it made. That’s what I’d do.

My name is Liam Jackson, and I'm a budding screenwriter passionate about film, music and travelling. Currently studying in Glasgow, I'm keen to get a foothold (or even a toehold) in the television and film industry. When I'm not writing or watching films I enjoy going abroad and doing travel writing. You can take a look at a recent blog I made in India at liamjacksontravel.wordpress.com.

Luca Schreiner on “Keep This Fire Burning” and Believing in Yourself