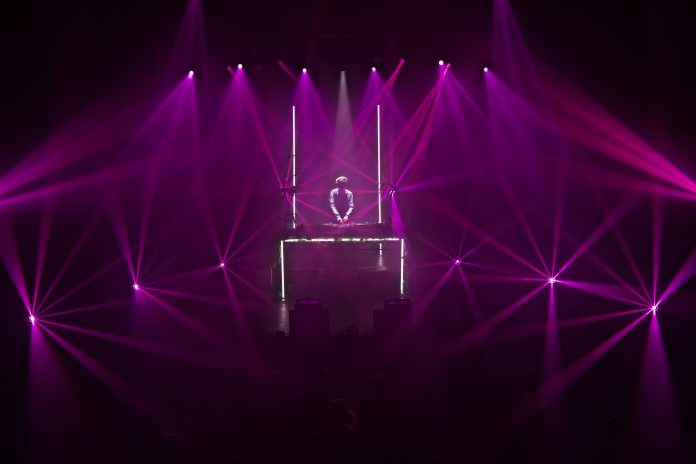 Starting the gig, Vernon James performed a set of well known songs, from ‘Hold Back the River’ to ‘Attention’, as people felt the vibe in flocks around the bar area, two girls made the first entrance on to the dance floor. Within barely 10 minutes 2 became 12, which quickly became more as people entered the venue.

At first it was a girls night, best friends, we’re spinning in circles, taking selfie’s and perfecting their customized dance moves. Shortly after, the boys started to join the dance floor, sidestepping to Jack Winns playing ‘Never Let You Go’.

Partners and crowds started to shimmy in sync, almost instantly. Closing off his session with ‘Scrubs’ Jack finished his session with the ultimate party vibe. The song was remixed with a steady beat, which allowed M-22 to create an easy transfer over.

Opening his set, M-22 kept the beat running and remixed, turning the basic piece into the popular ‘Real Life’. After keeping his entrance under a lowlight, he finally revealed himself when he launched the smash 2000’s hit ‘Crazy In Love’, yelling “Brixton How We Doing?” , which set the  crowd off in cannoned cheers.

This was followed by JLS Star, Marvin Humes. Opening with ‘Welcome To The Jungle’, the ex JLS star put his music skills into overdrive and produced a memorable show for the audience. This performance streak continued throughout his set, with songs including ‘Rhythm of The Night’, which subsequently had the whole crowd in a frenzy, singing as if they were themselves the performers.

Next to enter the arena was Nora En Pure, the final supporting act prior to the main event. Nora was in her element from the start. Her dance music was infectious, spinning beats like the night would never end.

It was then time for Jonas Blue, and wow did he give the crowd the experience of a lifetime. Opening up his performance with his smash hit ‘Perfect Strangers’. Jonas introduced himself and set the crowd wild, creating the perfect party atmosphere, which seemed to fly by driven by incredible beats, with an atmosphere I could only describe as unbelievable!

Student Writer with a talent for getting the word out, studying Digital Advertising and Design at Ravensbourne University