It’s not every day you get to work with the studio and creatives who inspired a masterpiece, that was to create a cinematic legacy. I was 12 years old when I experienced Steven Spielberg’s masterpiece Jurassic Park for the first time. Myself, an aspiring paleontologist, who had the confidence to fact check every dinosaur that was brought to life. Who still admittingly has the original branded cup that my cousin bought for me due to my fanatic interest in dinosaurs. So naturally, I turned to creative/journalism.

Fast forward 30 years, and what cinema-goers have in stall for the finale of the Jurassic  World franchise, is nothing less than the brilliance from what the late John Hammond [Richard Attenborough] famously pointed out: “There is no doubt our attractions will drive kids out of their minds”. In my view, there is no doubt in the context of the film [Jurassic World: Dominion], the audience will be in for a feast.

Proceeding this linkup is a brilliant cinematic story that incorporates incredible cinematography, showcasing new dinosaur introductions such as the Therizinosaurus, and Giganotosaurus. The former which until recently has been fiercely debated due its initial incomplete skeleton. There is also a subtle secondary story line, which flows through the film re: genetic locust hybrids, which in my opinion is very clever, as it has allowed the producers to be more creative with how they bring the story together.

DeWanda Wise (Kayla Watts) provides a fantastic supporting performance, mixed with high energy scenes, which keep you transfixed throughout the length of the film. Alongside BD Wong (Dr. Henry Wu), who brings the final piece of the franchise together to a brilliant conclusion.

My only critique, is my mistake in drinking a full bottle of Tango and placing myself in the middle of the theatre. Aside from this, Jurassic World Dominion is a film that must be watched on the big screen. Simply sublime, and whilst there may be critiques on the franchise. This is inevitable with massive productions. I found Jurassic World: Dominion to be faultess. 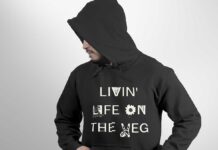