For avid twitter-gossip followers, the run-up to Don’t Worry Darling’s cinematic release may have been one of the most tantalising celebrity features ever to grace your feed. Even for the ‘sporadically online’, Warner Bro’s attempt to falsify the claim that there is ‘No such thing as Bad Press’ has heighted the anticipation for their fifth movie of 2022.

‘Don’t Worry Darling’ opens media res on the spotlight suburban couple Alice (Pugh) and Jack (Styles). On the face of this mid-20th century fairytale the two seem to be leading the perfect American Dream, until Alice gradually appears to notice inconsistencies within their conspicuously named ‘Victory’ neighbourhood; herself then slowly entering a paranoid dysphoria as she claws her way closer to the truth.

As Wilde’s sophomore venture as a director, I was at first comforted to see her trademark of bold stylistic choices within the visuals of the film. Nothing says ‘facade’ more than pitch-perfect colour and composition. I have no doubt that choice shots of the feature will make their way dutifully around social media by adoring fans. However, as more of the 2 hour run-time clocked by, I found myself vaguely irritated by the brash use of principle and background sound effects to drive the thriller narrative. Wilde’s breadcrumb trail of horror references became somewhat of a cakewalk to pick up on; instead of cleverly weaving directorial techniques to drive storyline and manage pacing, every motif and metaphor seems clumsy plated up for the viewer. The audience seemed to arrive at climaxes well before the characters did, spending the lost time falling further from the film’s attempt at an ‘immersive’ grasp.

Not all of this can be placed upon Wilde’s interpretation, though. There were multiple oversights from the script leading to unfortunate plot-holes. Additionally, towards the end of the film as we peered behind the grisly ‘Victory’ mask, there seemed to be a half-baked attempt towards the social commentary of a ‘nuclear family’. This was doubly disappointing as, if given the proper dedication, could have been a fantastic triumph for the feature. As is, around 90 of the 120 minutes was taken-up by pushing Pugh to replicate her ‘Midsommer’ level anguish.

For all of the script’s misgivings, ‘Miss Flo’ gave an incredible performance as Alice and really anchored the film. Styles, however, paled in comparison. Much is being said surrounding the leap from popstar to acclaimed actor; comments on Style’s accent and general lifelessness on screen have plastered review pages. It feels unfair to place him alongside such a strong actress this early on in his career. The pop sensation has been deemed a bizarre choice by many; the feature isn’t short of a star-studded cast. 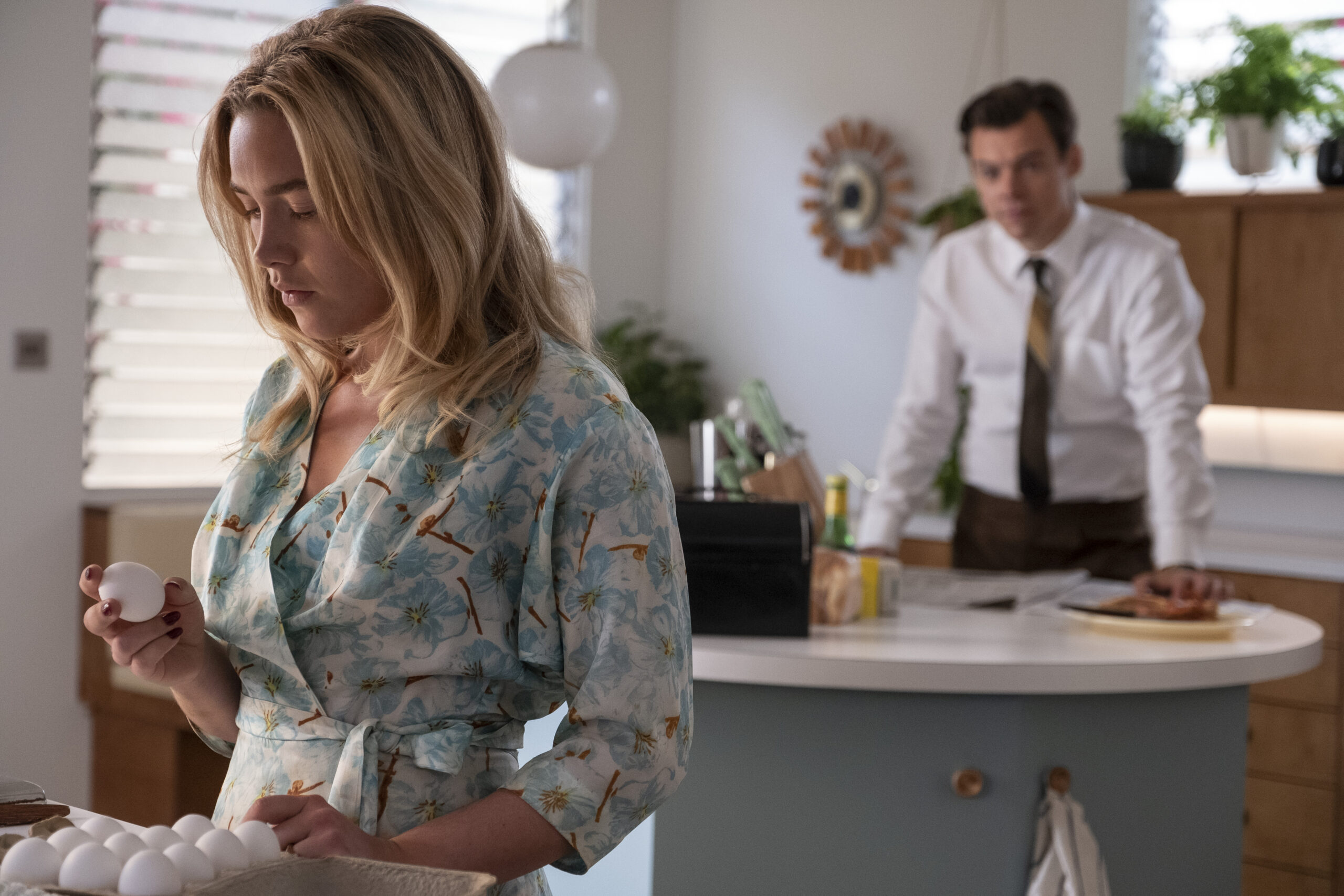 Whether you’re spurned on to view Don’t Worry Darling because of the controversy, reviews, or your favourite big-name musician, I have no doubt that this movie will give you plenty to talk about.