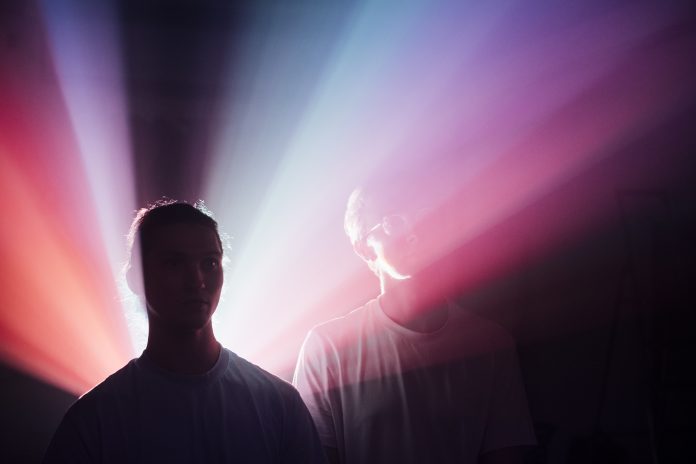 “Whenever we’ve found ourselves in a darker mental space, we take time to remind each other why we started and try to see the positive things that are around us.” – Distinct Minds

All things considered, it’s been a remarkably prolific year for newly formed German outfit Distinct Minds. Launched back in April with the release of their critically acclaimed debut single Wanderer, the enigmatic, unidentified pair have since
released two more huge records – Mirrors and Breakout – as they continue to the push the boundaries of electronic music with their nostalgic, yet futuristic, synth-driven soundscapes.

We caught up with the German duo off the back of their latest release “Breakout” to find out more about their new release, and their journey to date.

The duo explain how having met each other at school, they were drawn closer by their interests in electronic music. From here they  started to take their first steps in DAWs, playing with samples and different sounds. Interest developed into passion which was the entry into the music industry. The duo highlighting how music provided the freedom to create.
Influenced by the sound of the 80s, the artists explain how Breakout and the Distinct Minds project as a whole represents a new way of thinking for the duo. Combining influences of modern dance music with the nostalgia of the 80s.

“…it opened new ways in producing/writing music and unveiled new inspiration. With Breakout we wanted to achieve a song that fits to bigger venues like festivals or clubs but also speaks to listeners on an emotional level with its lyrics.”

The artists define their music genre as “synthwave electronica”. Conitinuing to strive to find balance between the two variables of 80s nostalgia and modern electronic music. The artists note how the “catchy synth riffs” combined with “driving drums” is something that they hope resonates with people regardless of whether they’re into techno or indie – whether they want to listen to it in the car or at the club.

For Distinct Minds, Breakout represents an image that most of us are affiliated with. The artists song  focuses around an individuals personal development finding themselves in a state of not feeling happy within themselves.  With Breakout representing the process of breaking free and finding passion in the things after leaving it behind.
The duo point out how they have really been inspired by each other and find strength in being able to grow creatively from each other…

“Having the opportunity to develop our musical vision together over the last years has led to a lot of growth. Also, the nights we spent with friends enjoying music in various venues have been major points of influence for us. Our families are very musically enthusiastic which led to great musical influences in our childhoods.”

The artists highlight the importance of finding established people within the music industry. Receiving direct feedback to any aspect of a project has allowed the duo to explore new perspectives. Openly admitting the difficulty of staying objective after finishing a track. The inclusion of a second party has enable the duo to lift the production of their music to a whole new level, they explain.

According to the duo, personal and musical development has been the key in getting into the music industry. Highlighting the importance of taking your time to find your personal identity in the world of music. “It’s a process that takes place over years and needs a lot of work and dedication, but once you find something that is you, you’re in a perfect place to start your own journey.”

The duo are currently working on new music that sources inspiration from various aspects of their lives. With one of their main goals pointed at entertaining large audiences at live venues post covid.

“We want to offer people the opportunity to dive even deeper into the world of Distinct Minds and really get lost in it. We are so excited for everything that will come to reality in the next months.”