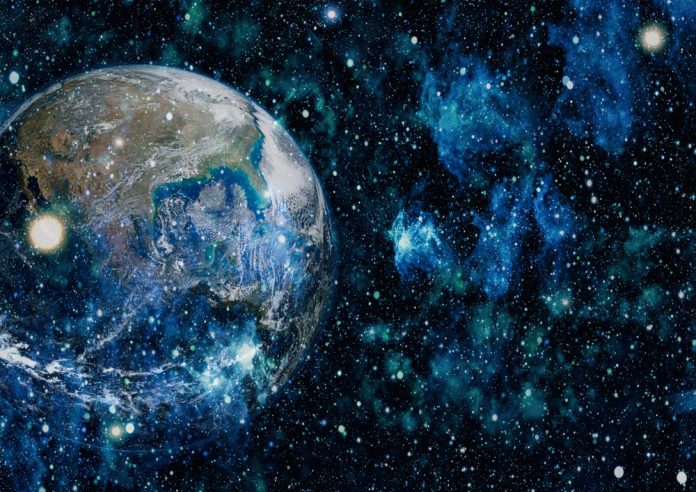 Space exploration seems to be the only choice to save man kind in Christopher Nolan’s newest instalment; Interstellar.

Continuing the same lucrative format many of Nolan’s other films follow; Interstellar grips our attention by starting with the end. This immediate thought provoking introduction to the futuristic setting of Interstellar allows our minds to begin grasping the sheer scale and wonder of Nolan’s most ambitious film to date.

Earth is dying and food is running out. Humanities only chance of survival is pinned on Cooper, who must lead a small group of astronauts through a wormhole with the hope of finding a new home.

Interstellar takes Alfonso Cuarón’s “Gravity” and multiplies it by ten. A spectacle of architectural genius, beginning with the foundations of a strong and simple story; a dying world in need of saving and the unbreakable love bonding a Father and Daughter.

The extravagant visuals created by visual effects studio Double Negative were prompted by the things that are not fathomable in our dimensions, aligning with quantum physics and relative laws. To achieve such an ineffable task, Double Negative teamed with theoretical astrophysicist Kip Thorne. Science and art combine to create the unmissably beautiful black holes seen in the film.

After Nolan’s long-time cinematographer Wally Pfister stepped down, the distinctive style associated with Nolan’s work was set to change. But Interstellar introduces Hoyte van Hoytema, a Swedish cinematographer known for his work on “her” and “Tinker Tailor Soldier Spy”. His effortless style moulding perfectly with the soul of Nolan’s finest work. The heart-breaking sequence which shows Copper leave his daughter for the space mission which brings to life the intense beauty of Hoytema’s cinematography.

Using the Church Organ was a stroke of genius; emphasising humanities unexplainable belief in the mystical and metaphysical. Although the film has no literal connections or reference to religion, it is through the soundtrack that a sense of faith and hope is established, this is recognised most when tensions rise, the feeling of danger and panic is equal to the power of the organ.

The surge of power stressed by the intense drive of noise created by the organ allows us to feel the critical nature of the mission they must complete, whilst also affirming the excitement and joy of adventure and discovery which this film balances perfectly with the immense feeling of duty and obligation. The overpowering composition of Zimmer’s soundtrack upholds the supremacy of Cooper and Murph’s relationship, this paired with superb acting, makes empathising with the devastatingly real emotions effortless, clearest in the moment Murph goes back for the watch.

The ambient tones and use of silence also helps to achieve an underlying tone of threat and hope. This coupled with the magnificent visuals and stunning cinematography forms one the most compelling science fiction films I have ever seen.

The complexity of the organ and relevance to majestic cathedrals and churches embodies the immense size and power of the film. Although upon writing the score, Zimmer was given no indication towards genre or scale. Such a profound level of trust and understanding between director and composer aided to create the tightest bond between music and image that has ever been achieved.