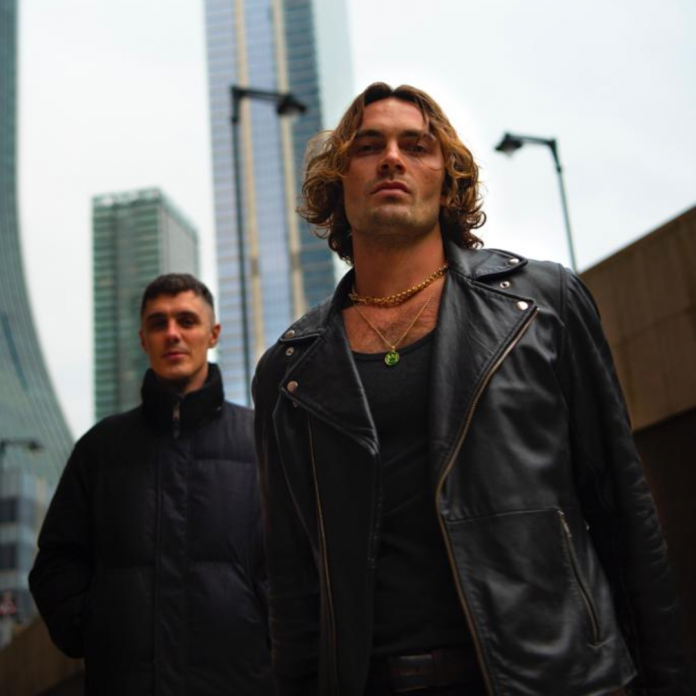 It’s fair to say that music production and the lifestyle that goes with it can be quite draining sometimes. Always working / being in a studio can make you feel a little removed from real life… so it’s important to surround yourself with good friends, and mix up your routine to stop those moments from taking over. – The Pressure

The Pressure are a London-based electronic band. Their journey took different paths to end up where they are today, they explain. Fronted by Harry and Joe, they point out how Harry started DJing through university, and followed a career in production from there. Whilst Joe on the other hand, gained experience through numerous bands his was involved with in Leeds and in London. Culminating in an unlikely meeting at Glastonbury festival, where they officially formed The Pressure. For the duo, making music is all they really want to do!

Their latest release “Saturday Night” was written in 2018, very soon after the duo met and started producing music. Having experimented with various ideas on the song, the boys finally settled on the final version…”The interpretation we landed on shows the directon we’re going in really – big, dancefloor instrumentals with song writing at the core of it all”, they point out. They explain how the song itself is about being alone, but still feeling a deep connection with someone. Something that for the artists has taken on more resonance for them since being through another lockdown, and separated from loved ones.

The artists try and strike a balance between honest songwriting, and interesting/unexpected productions. Taking their performance influences from bands such as  Depeche Mode, and Underworld – but pointiing out how sonically it’s mostly underground house and techno which informs their productions. “Performing live is what we love doing most – delivering each track as part of a set, with real reactions in the room is what it’s all geared towards – we can’t wait to get back on stage again, when we can”. The duo are keen to invoke a raw energy through their music. To offer a sound that generates a need to get outside, be close to people, and dance..something that is very much restricted under the current lockdown for obvious reasons…

“We’re also speaking to that feeling of longing/missing someone – but soon we’ll be able to be together again, so the energy in the production coincidentally speaks to that moment or reunion”.

For the duo, the support of their family and friends has been instrumental. From the get go they have been behind us, pushing us and inspiring us to keep creating, they explain. They go onto point out how by hanging in there always pays off in the end – and showing yourselves you can overcome those moments gives you more confidence as things progress.

The artists biggest challenge so far has been finding the time to finish the music they are making together. There never seem to be enough hours in the day, they point out. Juggling work, family, friends and music is part of the process though, and something the duo find inspiration in.

The Pressure are currently working on a couple of remixes for a really exciting artist based in LA, and have a few originals in the mix too. In addition to working on a few DJ edits for this summer festival season too… #watchthisspace