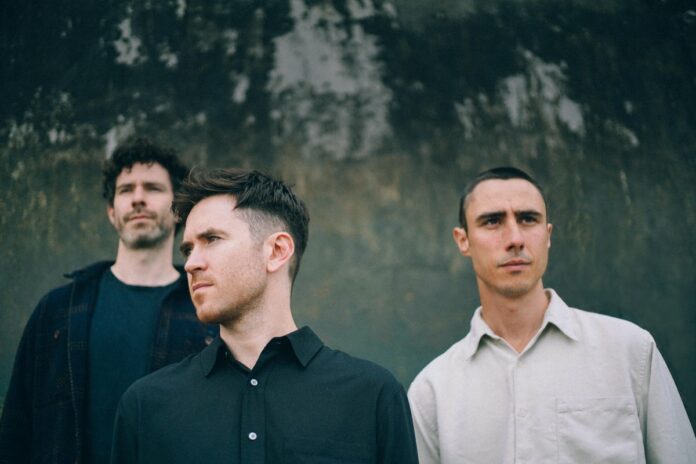 We caught up with London based electronica band Zola Blood following the release of their new single “For The Birds”. The band explaining that the song has been a long time in the making. With the first version written just after they had got back from supporting Rufus Du Sol in Europe. Inspired by their live show, the band were keen to create music that was influenced more by the techno genre.

“Ed came up with this kind of Depeche Mode sequencer and the song fell out of that. It’s been through many iterations, but we were worked on the final version with Christoffer Berg (The Knife, Depeche Mode) who we are big fans of”.

This experience was one of those bucket list moments, they go on to explain. Developing them artistically through shining a light on song writing and challenging the band to try harder in certain areas. Zola Blood go onto point out that they instinctively make dark, immersive electonica based music. Having all played music from a very young age, they recall finding an allure around the idea of making it as a musician. Which over time lead the band to further fall in love with the process of creating music and sharing it! Highlighting that eventually it becomes a compulsion which you don’t have much control over.

The band open up about how Lawrence Hart and Oli Bayston have been instrumental in helping them develop their music, alongside an honest pair of ears for new ideas. The band note their biggest challenge to date as finding time to be together when making their music. From time to learning how to use new software through to time focussed on creating lyrics and melodies.

“You have to submit yourself to make something true. I think most people are distracted most of the time and the three of us have lives outside of music that mean that can be difficult”.

Zola Blood currently have a new record coming out in April called Black Blossom which was written and recorded over lockdown in various states of neurosis. With plans to tour across Europe the same month which the band is rehearsing for right now!#watchthisspace