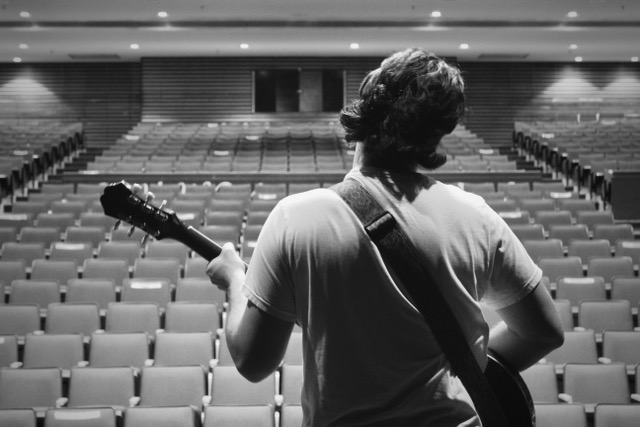 We caught up with Canadian artist Nathan Adamson following his latest release Grace. The artist explains how he has been playing and making music ever since he was young and did not want to be an old man and have to wonder what his life would have been like if he had not released his own music.

Adamson explains that his new single Grace was written as a message to his future daughter to always follow her dreams and look back at her father as a symbol of someone who pursued their dreams and did not run away from what was important to them in life. Describing his music as laid back, Adamson highlights that his music stands out due all the production work taking place in house. He hopes listeners can feel that they came away from listening to his music with a different perspective on a situation they are dealing with in their own lives.

The artist highlights how his family has been incredibly supportive in everything he does, which Adamson humbly admits he never wishes to take for granted.  “My friends have been important in just reminding me that no matter what happens they’ll always be there for me and I don’t have to pretend to be someone I’m not when I’m around them which means a lot to me”. The artist opens up about having suffered with severe depression and anxiety since very young, and something that has continued as an ongoing demon as he learns to work through the challlenges of retaining a strong and positive state of mind. “I think it’s tough to say I’ve “overcome” it but I know doing something I love really has helped a lot”. He points to his latest song “Grace”, where a particular lyric is referenced “Its better now I’m glad you’re gone, Grace won’t be steering me wrong”. Adamson explains how the point of this reference is saying to the old me that was controlled by depression and anxiety for a long time; that he’s gone and is now at peace with moving on doing what the artist loves.

Adamson believes finding people with the same interests in music is incredibly important. Whilst he feels not necessarily for writing and producing exclusively. A reminder that as serious as you want to take it; music in the end is for enjoyment and just having people to jam with and have a few drinks is just as satisfying as writing a new song.

The artist advises to keep working towards something you would wish to do no matter what people say or the doubts you might have about it. Pointing out that if you think you are going grow up regretting not doing something, take action and make it a reality. He highlights his biggest challenge to date as learning about the production side of music. Adamson is currently finishing up a new single due for release in the New Year, with plans to play live shows as soon as Covid-19 allows. #watchthisspace