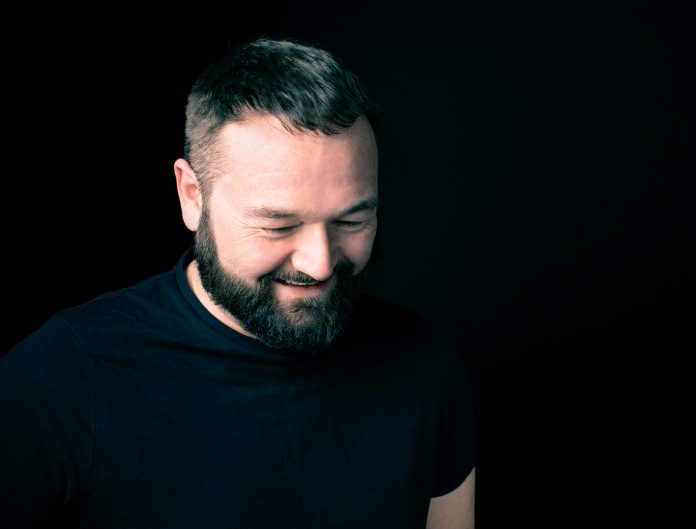 “I have always loved writing songs and singing, it’s just such a natural space for me to be in.” – Maddox Jones

The Britsh artist has been writing songs since he was 7 years old. Explaining how he used to bring home the school guitar and practice day and night. Having been brought up in a christian commune, Maddox explains how they did not have a television or radio so being creative was the only way to pass the time. We caught up with the British singer and songwriter ahead of his unveiling of “Headspace”, the title track and first single to be lifted from his debut EP, set for release on 10th July.

Learning how the Music Industry works?

Prior to going solo, Maddox spent a number of years forming a number of bands very early on into his music career. Having got a taste for the industry, he went onto study commercial music at Westminster University which was the artist highlights was a cool course in terms of learning about how the music industry works and a great place to network.

Maddox explains how his approach to writing his new EP is much more honest and open, than previous music produced in the past. Opening up about pitching songs to other artists, he highlights the danger exists that you end up trying to write songs that sound like they could be a hit. An approach Maddox would not recommend. Going on to explain that someone once said to him…

“the feeling you have when you are writing the song is the feeling the listener will get when they are listening to it”.

With Headspace Maddox highlights how he was able capture a feeling. The essence of the song portraying wanting to be there for someone who is feeling alone. A song the artist highlights kept him company in the dead of night when he was used to sleeping next to somebody, yet found himself alone.

“It’s about searching for a connection with someone when they’re going through something hard and you just want to be there for them, to be a safe space for them.”

As a solo artist Maddox does not feel constrained to one ‘sound’. Focusing on producing each song to be true to itself rather than fit a vibe. With this EP, the artist highlights how he has ended up making quite a diverse record; from Chic/Daft Punk to a haunting ballad. Music often described as dance/pop/synth wave, Maddox points to his honest and autobiographical lyrical style that ties it all together. For his listener’s, Maddox is keen for his fans to feel uplifted and feel they are not alone when they listen to Headspace.

Maddox expresses gratitude to being blessed to have a really great team around him. Pointing to 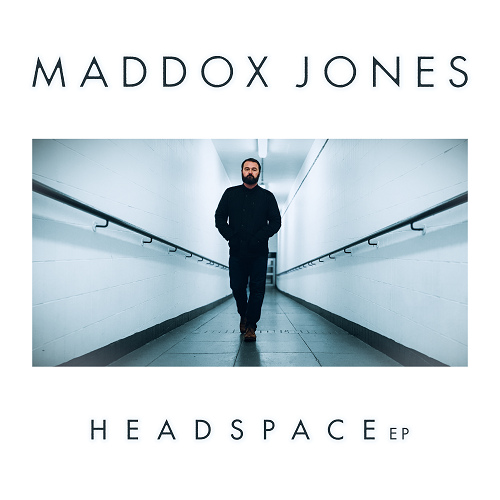 the team at his record label who have shown patience and been incredibly nurturing by allowing the British singer and songwriter to explore his musical path. Having positive people around makes such a difference.

Opening up about bullying during perseverance for his dream, Maddox explains how he has found the more you put yourself out there on social media; when you’re trying to make something of yourself, the more people come out of the woodwork who might be jealous and limited by their own insecurities and try and pull you down. Something that has affected the artist in the past, however, realized its not him, it’s them. Explaining that people’s opinions are often grounded in how they feel about themselves rather than having much to do with you.

“I think it’s important to find peace with where you are and what path you are on, and what success looks like for you as an individual.”

Maddox takes the view that he is determined to create a life so may as well create the life he wants. Opening up about being a pretty positive person, Maddox seeks not to care a lot about what other people think and this has caused him to be anxious about things at times. Explaining how he has found that the more he throws himself into his work the more he is equipped to cope with any depression or anxiety because the more good work the artist completes, the better Maddox feels about himself.

Forging a Career on Social Media

For the artist it’s important to let your followers into who you are and to be authentic. Opening up about how he used to stress about what kind of content he needed to make for social media as if it was some big mountain to climb. Today, Maddox overcomes this by practicing being himself and to be honest. Finding that connecting with people online gives the artist strength and energy, especially through lock-down.

When it comes to creating music, Maddox highlights people gravitate towards authenticity. Doing the work; releasing music and being true to himself resulted in finding the right team. Having  found his record label through a song that he wrote with one of their artists. Pointing out the music industry needs real artists talking about how they feel and what makes them fall in love, what makes them angry, how they overcome stuff in their life.

For students wishing to follow in Maddox footsteps, his advice is simple yet brutally honest:

“…do you love it enough to give it your all? It has to take over your whole life, consume you…. It’s not a job, it’s a calling. If the answer is yes. Then I would say practice your instrument til your fingers bleed and get inspired by your favourite records. You will find a sound naturally. Hang out with friends who have a shared passion for similar music and create. It’s ok to make mistakes and learn and evolve. Focus on putting together a body of work, being yourself on social media, doing the work and the rest will follow…”

Welcoming being challenged. Maddox explains how every time he has ‘failed’ he has learnt something new and enjoyed getting back up. For the artist it’s all about the journey not the destination. Jones is currently working on the video for My House which is the 2nd is the second single from the EP. This is in addition to recording and preparing for the release.  Looking to the future, the British singer and songwriter wants his music to connect with as many people as possible in a genuine way.

“I only ever wanted to create music that means something to someone or a bunch of people; it’s what makes it worthwhile. My plan is to keep releasing music to enable that to happen.”

Jones points to a technique you can use to help visualize your goals, where you imagine you’re looking at a cinema screen, and on that screen is your ideal version of yourself. You visualize walking up to that screen and becoming that person. For Jones, it was visualizing himself at Madison Square Gardens, with a great band, performing songs that people love, himself as a vessel for these songs, and a huge crowd singing along!