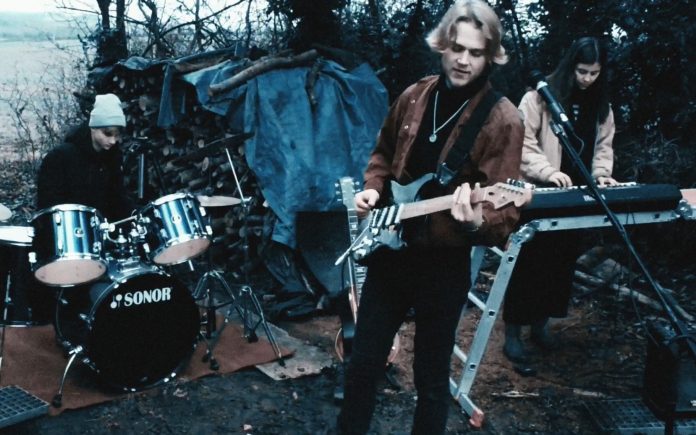 Nottingham based Jay Naylor has always loved playing music and performing. Whether by himself or through collaborations with other artists, he points to his journey into music taking on a life of its own when he began writing his own songs. We caught up with Naylor prior to the release of his latest entry “Roger That”. A single born in Lockdown 1 out of a sense of frustration with the state of our world he explains.

The artist explains how the essence of his single is a sonic plea, an encapsulation of his frustrations and fears. “Writing the song has given me more Impetus to make changes in my own life because how can I offer a message of change If Im not living by that message myself”, he makes a note of pointing out. Going onto highlight how musically, the recording process and the minutiae of mixing, production etc were brilliant learning opportunities to improve aspects of his sound; with special mention given to his engineer and producer Benny Taylor.

Standing Out in Front

My music is me, the artist explains. Furthered by a host of diverse influences, embracing his “rock roots” and placing an interesting and experimental twist on the final production. Naylor is very much Into creating an atmosphere through his music. Pointing to his first single ‘Little Orange Men’. He highlights how it involved experimenting with a host of unique noises and sounds. Something he has continues into ‘Roger That’.  The artist openly admits to never compromising his creative vision to appeal to anybody, any genre, or any radio-going standards. He loves it when people like his music, but equally makes the necessary point that he has to like it for it to be anywhere near the high standards he sets for himself!

For his listeners, Naylor is keen to offer a sound that makes people think when they listen. I’m not trying to put a message in people’s heads, he explains…”I’m just hoping that If they look around properly at the world, the realisations of what they need to do will come naturally”.

Naylor highlights how is parents have been a constant source of encouragement and support for the artist. He goes onto explain how without them he would never have had the opportunities he has had to get to be doing what he is doing today! Further to this, he points out how his girlfriend was instrumental in making the artist believe he was capable of creating something worth listening to!

The artist opens up about living with anxiety. “I’ve always put a lot of pressure on myself and had unrealistic expectations of myself”, he explains. He highlights how through his music he is able to switch it off and turn that energy into a singular focus allowing him to escape from his worries. Often providing the artist some perspective into the issues he has been worrying over. Naylor finds that working with people who are creating very different kinds of music can be equally helping in giving new perspectives and ideas that would have never come to him on his own! His advice is to make sure you enjoy whatever you’re doing – “sometimes you’re gonna have to work hard but It’s a lot easier If you’re really Into It. You gotta be into it”.

The artist points to grappling with his own perfectionism as his greatest challenge. Going on to explain how he finds that when he is creating music in the studio it’s very easy to get sucked into the minutiae of the mixing and fiddling with the music. “I’ve gone through periods of hating most of the songs I’ve recorded at some point in the process be It at home or at the studio just because I was getting too caught up Inside my head”, he explains. He finds taking time away from a song is a really good way to give yourself a fresh perspective on it and show you what does need changing and what you should leave be.