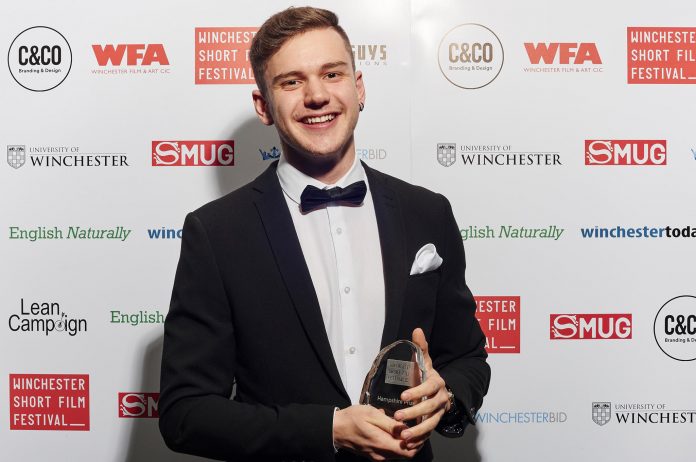 A film made by graduates of the BA Film Production course has scooped an international prize.

A Place for Everything won Best Student Film at The Crystal Palace International Film Festival 2017 (CPIFF). The festival shows only the highest quality independent films, so the award is a stamp of recognition for the film, by four University of Portsmouth graduates.

The film is about Daniel, a quiet and tidy man whose life is turned upside down when his stapler suddenly goes missing at work. On the journey to recover this vital item of stationery, Daniel finds himself trapped in a magical world of lost items, working alongside a mysterious caretaker to recover what he has lost. But what if the stapler isn’t the only thing that Daniel has mislaid?

A Place For Everything is a dark fantasy short film that takes the audience on an exciting journey with Daniel, an ordinary man from his monotonous reality to a new and exciting world: The Lost and Found of the Universe! Daniel is searching for his prized stapler in his office, when he suddenly finds himself in an office with a peculiar man. 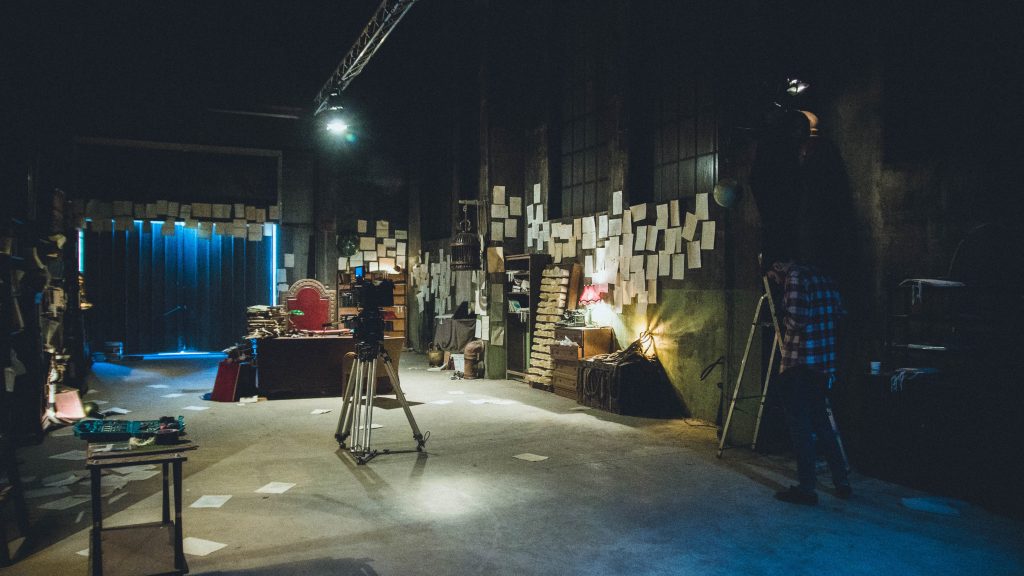 “The student filmmakers were tenacious, professional, passionate and incredibly dedicated in delivering a quality product – but most importantly a film that had an audience.

The students had the opportunity to move the film’s production to Nu Boyana Film Studios in Bulgaria, one of the leading film production studios in Europe, providing state of the art facilities, the latest camera and lighting equipment and highly experienced crews which was a huge advantage.

Ben said: “It helped them achieve the vision for their film but the re-location impacted greatly on the overall budget, so they had be determined and as organised as possible to try to raise extra funds for the film to be realised.”

The opportunity to film in Bulgaria came as a result of a fortuitous encounter with the CEO of the studios whilst the students were on a field trip to the Berlin Film Festival in February as part of their course. The students presented an ‘elevator pitch’ of the premise of the film and he liked their idea.

Barnaby Boulton, who wrote and directed the film, said: “Bulgaria totally opened up the scope for the film meaning we were able to achieve incredibly high production values. We had grand plans for set/art/production design to create an elaborate fantasy world for our characters to inhabit and I’m sure the film would not look as beautiful and impressive without the sets we were able to build there there from scratch!

“Working on a professional sound stage was hugely valuable experience but most importantly we succeeded in telling the story as originally as we had pitched it.”

CPFF screens films in funky venues and is seen as London’s coolest film festival. Winners receive a coveted CPIFF Award for best in category presented at the CPIFF Finale and Awards Evening.

The award is the second win for the film which received The Hampshire Prize at the sixth annual Winchester Short Film Festival. A Place for Everything was created by four alumni who graduated from the BA Film Production course in the summer:

British Duo Goodboys on their latest release & The Art of...