We caught up with producer Rebecca Stafford prior to the release of the highly anticipated re-launch of the theatrical production Witness for the Prosecution. A career which as a producer started 8 years prior at the age of 30. She openly admits that her journey was “somewhat of a late starter”, proudly pointing out that her path shows what is possible if you put your mind and energy into your passion.

Having suffered from long term illness from a very young age, Stafford starts by highlighting how it makes you assess what you truly want to do in life and what makes you happy. Placing you on a path where you remove the psychological shackles and have the freedom to “just go for it”.

“I wanted to create experiences for people to escape in to and to enjoy. I decided early on to specialise in working with heritage sites and locations of cultural importance. There was something very unique about creating pieces with such extra-ordinary backdrops and then introducing audiences to them. It was about matching ‘the play with the place”.

Bringing Witness for the Prosecution to life was a challenge within itself. Non more so having to work within the parameters of protected grade II listed historic building. [The Chamber at London County Hall].  She explains how the staging is meticulously planned out. Highlighting how for this show they had to create it all from scratch. As the production is site-specific in nature, Stafford realized very early on that 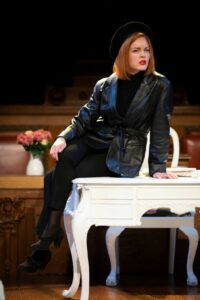 there was only one location where the play could work as a court room drama, and most notably, where it could sit in residence for an extended period of time. “It was a fantastic opportunity to create something unique, and the owner of the venue thought so too! Agatha Christie as an author is such a fantastic draw for audiences too”. Stafford goes onto note how her aspirations have always been to create work that audiences want to see and for the quality of the work to be no less than the best of her ability!

Stafford explains that her expectations for her work pre-Witness for the Prosecution was to be commercially successful and to be received well by critics and audiences alike. Pointing out that if you get both of those then you are doing well. “I feel fortunate to have worked with many gifted and creative practitioners along the way who have all shared my vision. It has resulted in many productions that I am proud of. It is very much a team effort!”

For those interested in pursuing theatre as a career, Stafford recommends trying various elements to see which best suits your own preference. Highlighting how she tried acting and directing before setting her heart on producing. For the producer it was the combination of creativity alongside the business acumen that clicked into place for her. When it comes to building up a skillset, Stafford explains that it entirely depends on the area you want to go into. However, this being said, what is particularly key to develop as an aspiring producer is to learn how to weigh up the risks, and when to decide that a project is just to risky. “If the figures don’t work, no matter how much creatively you might want to do it, you just simply can’t. Sometimes it might be timing, but you need to learn when you just have to step away”.

Witness for the Prosecution returns to London County Hall from 14 September https://witnesscountyhall.com/ 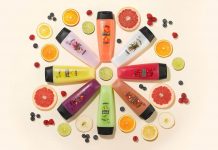 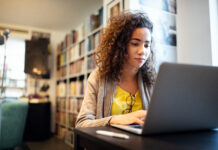 The first term – what should you expect from your uni? 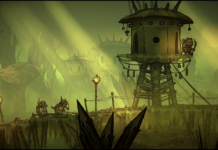 The Switch to Virtual Career Fairs – a necessity transformed into...