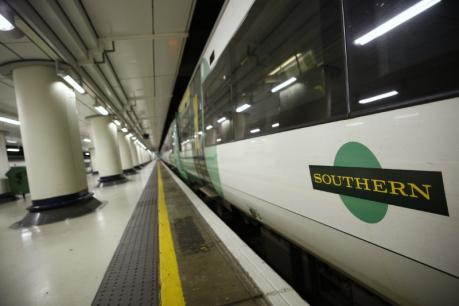 A second day of travel chaos faced London commuters following the latest round of train strikes which stopped services between London and the south coast in Britain’s worst rail disruption for 20 years.

Hundreds of thousands of commuters struggled to get to work on Wednesday as drivers working for Southern Rail began the second day of a 48-hour stoppage over a long-running dispute about whose job it should be to open and close the train doors.

Southern and the two unions, the RMT and Aslef, are due to meet for talks later in the day at the conciliation service Acas, ahead of further industrial action planned for Friday, next week and in January.

“Naturally we are disappointed. The judge said that such unprecedented strike action by ASLEF would cause massive disruption to the public.

“The judge also said the widespread use of trains using driver operation is perfectly safe both in Southern and elsewhere in the UK.

“We brought this action for the benefit of our passengers. The judge has given us permission to go to the Court of Appeal which we will now consider with our legal team.”

The latest travel update from Southern Railway: Due to industrial action there are no Southern trains operating today. Gatwick Express services are only operating between Victoria and Gatwick Airport. Passengers are advised not to travel.

I Argued With a Nazi on Facebook and It Was Deeply...