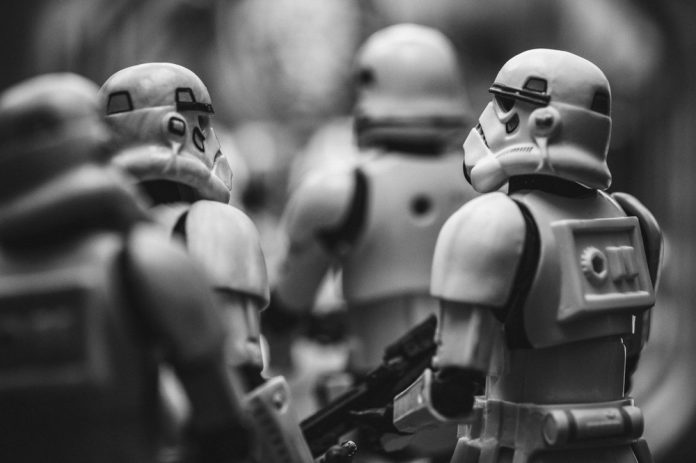 When I say Star Wars you might think of space battles that rage above exotic planets, monk like protagonists duelling their corrupted counterparts or the questionable acting of Hayden Christensen.

What you may not think about is the semiotics of the first six movies and their unforeseen impact on human belief systems in society.

With currently 390,000 people in the United Kingdom identifying as Jedi in the 2001 UK Census (ONS, 2018), Jediism is no longer a small movement; these numbers surpass that of census recorded practitioners of Buddhism, Sikhism and Judaism within the UK. What seems to be the case about Jediism as a belief system is that Jediism found some of its basis on the theoretical principles of the Jedi from Star Wars. A fair amount of controversy around the belief system being the perception that it is grounded in a fictional story, but, I pose the question, should that really matter and is that assumption even correct?

‘Mythology pitches the mind beyond that of the rim, to what can be known but not told’

In the films themselves, the fictional Jedi follow a Jedi Code and channel their power via a fictional ‘force’. This code has been extracted from the fictional lore of Star Wars and reinvented in the real world. The real world Jedi follow a — very lengthy — code of conduct that helps shape their way of life, to do nothing but good in the world. Their ‘force’ being another word these real world Jedi use to describe the mystery or unknown that others may call fate, destiny or god’s will.

This is — of course — highly subjective but the underlying principles of what the common woman or man may define as ‘good’ exist within Jediism teachings. Having a heavy bias towards spiritualism, such as that of Taoism and Buddhism, Jediism is a belief system build around a way of life. The onlyreal difference one can ascertain to differentiate Jediism from other religions is the idea we know for afact that it is was born from a fictional science fiction film franchise, that much is provable.

For some, this discredits the beliefs of the real world Jedi, branding them as a ‘post modernist Star Wars joke by atheists’ (BBC, 2014). However, it is not to be confused that the underlying philosophy of Jediism is based in fiction. In actuality, a vast majority of the Jediism way of life is founded in philosophies that are thousands of years old; consider Jediism a melting pot of various philosophies and teachings for a modern age.

Take The Noble Eightfold path in Buddhism as well as the Four Noble Truths and compare their principles to Jediism. Jediism has its 21 Maxims and its 16 teachings that align very closely with Buddhist ideals. Jediism is a serious life path for some and a way of helping others to cope with the world they live in, as all belief systems are. They help us understand that which transcends our thought.

What I do know is that all belief systems and religions are based on ancient philosophies with one goal in mind: to make the world a better place. Some sects of these religions or belief systems may fail to do that at times, but lets not tarnish everyone with the same brush. Jediism follows similar concepts to every other religious kid on the block and to me, that is not something to be mocked or shunned. That is something to be welcomed.

Robert Grace on “Fake Fine”, and the highs and lows of...