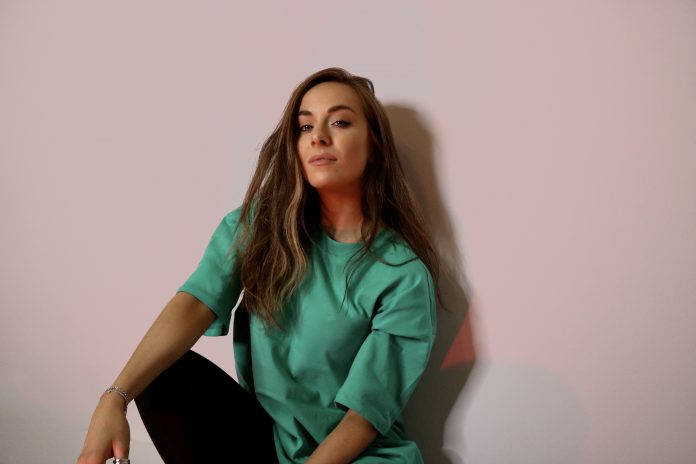 We caught up with UK Producer and Tik Tok rising star AmyElle following the release of her latest entry “Animal Kingdom”. Having always loved music and songwriting, she explains how she studied a BA in Music at LIPA (Liverpool Institute For Performing Arts). “It was there where I found my love for producing”, the producer points out. Subsquently finding her way into the field of electronic music shortly after.

Animal Kingdom is best described as a dancefloor driven track, AmyElle explains. The track itself was produced during lockdown; inspired through watching festival sets online. The idea of being transported when you first step into a rave; the electric sounds, the vibrating colours, the adrenaline pumping. She explains how her music is best described through her personality. Highlighting what is more important to the artist is to write stand alone killler tracks that she enjoys playing irrespective of whether this be a “heavy roller” or a “more melodic slow” feeling track.

Ulitimately AmyElle is keen to offer her fans music that blows them away. Whether through an infectious groove or by the “goose-bumpy chord progression melody”. 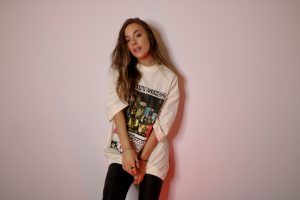 Taking on the Negative Comments

The producer opens up about working through the negative comments she has received through her career. She highlights how being a female pursuing a career in such a male dominated Industry has its hardships. Making a point of noting of the prevalence of irrespective of how big or how small…”I think the connotations for female DJ NEED to change and I’m just so glad and honoured that I have inspired more females to get into the industry and show that us gals can do that techy stuff too!” The producer goes onto point out how she would not be where she is today had she not embraced social media. Openly admitting to having a love/hate relationship with it though, as if it were up to her, she would just lock herself in the studio and forget about socials. This being said, she explains how having an online presence is super important! “I’ve been doing endless mixes and streams to boost peoples’ morale which has gained me a following that I’m super grateful for!”. Further highlighting how whilst it takes time to build relationships and get a name for yourself, the amount of amazing connections and friends you makr on the way is 100% worth it!

The artist takes inspiration from a wide range of artists. With a tendency to be influenced by individual records and sounds. “I was inspired by a tonne of stuff growing up and my mum and dad has such a diverse CD collection.  At the moment I’m loving the music of Hans Zimmer, Four Tet, and Hot Since 82″. For AmyElle, working hard, & believing in yourself are vitally important. To set realistic goals and respect others. Which in time will ultimately lead to you receiving the same respect, and working with the right connections!

Her biggest struggle to date has been the finance side of pursing a dream in the music industry. “It’s hard to turn down full time jobs and accept that you’re going to make ends meet whilst trying to pursue a career in the creative business”. There is a lot of ground work and grinding until you see any money coming in and this can be hard to deal with she explains.  A choice of choosing to play the hard but exciting game rather than the typical 9-5.  Although something she freely admits she would not hesitate to do again!#watchthisspace

Welsh Singer-Songwriter Grace Parry on her new single “REAL” & Being...