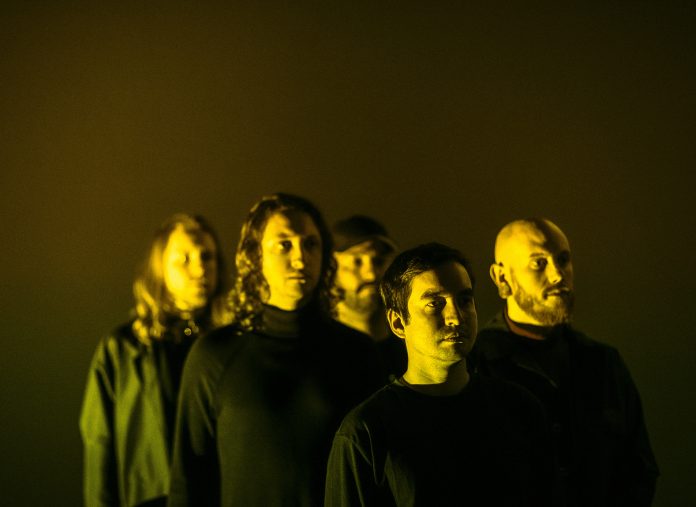 We sat down with Conor Hesse, bassist to the phenomon ERRA! Originating out of Alabama [USA], Conor explains that getting into the music industry was a very organic process. His love for music blossomed in high school, he explains. “I went to every show I could, began playing in local bands, which led to performing out of state, building relationships all over the north east, and then eventually touring in my first signed band in 2010″. Having since toured as a bassist for a number of rock bands; he explains how he truly found his footing when Erra asked him to join back in 2017. Where he found playing bass and tour managing his primary focus for the band!

A metal band in the broadest sense, their music interweaves a range of genres, valuing dynamics, melody, and emotion! With a focus on balancing an engaging and exciting listening experience with musical nuances and occasional curve balls for their fans.

Conor explains how the bands latest release [Shadow Autonomous] showcases ERRA‘s emotive side..the closest to being a ballad as the self titled record had, he points out. Referencing Jesse [Cash; guitarist & vocalist] who wrote the instrumentation and lyrics, Conor explains that the song focuses on the important of leaving our comfort zones int he interest of building our ability to constantly adapt. For the bassist, he hopes their music resonates with the listeners in whichever context they benefit the most – whether this be as simple as being stimulated by the ear candy, or as deep as introspection via a connection to the lyrcs and/or melodies.

“A common theme that we’ve been writing about and trying to put into practice in our personal lives is being more present, and if the album can inspire that in the listener, I’m pleased.”

The bassist explains how through the encouragement & support from his family has allowed him to pursue with building a career in music. Something he makes a point of noting takes time and is a bumpy road! Conor takes inspiration from watching his friends & peers making achievements within the music industry over the years certainly, which inspired him to believe that it was also possible for himself, provided the right amount of grit and determination were thrown behind it.

He opens up about having experienced depression and anxiety from time to time, though something that is typically the result of a situational circumstance. Meditation/mindfulness has been a bit of a life-hack for me as a form of temporary relief, the artist explains. “I’m, by no means, an expert at meditation, but the understanding that I am not my mind and the ability to “unplug” has changed my life and has helped me to mitigate depression and anxiety”. He points out how there is no doubt that social media is important – maybe even essential – in building a careerb in the music industry. His favorite aspect is simply the ability to build/maintain relationships with acquaintances and old friends.

Openly admitting to be a private person by nature, he finds himself frequently posting and working toward building a large following for the band! Focusing on Erra’s social media platforms, he explains how they are easily the primary means of connecting with their fans and sharing information, music, and sales.

Finding like-minded people is immensely important, he explains. Highlighting how on the one hand, you want to play the music that you enjoy with people that share a common vision. On the other hand, and even more important when it comes to touring, is finding people that you can live with.  Conor opens up about how touring at any level (though some more than others) is emotionally, physically, and mentally taxing. Everyone is sleeping poorly, away from their loved ones, dealing with extreme highs and lows, often-times with little income to show for it. Hence creating music with empathetic people with a similar disposition, moral compass, and set of goals is extremely important. Even more so than the individuals’ respective musical interests & skills.

Conor admires artists who have built successful careers while still creating music that is authentic to them. Referencing Thrice, Deftones, Nine Inch Nails and Alice in Chains, all of which for the bassist have had varying levels of commercial success, while also maintaining a very unique and honest sound. For those wishing to walk in ERRA’s footsteps, he recommends starting now by seeing where you can provide value – whether it be to labels, venues, promoters, bands/artists, entertainment lawyers, etc. He explains how the music business is predicated largely on relationships above formal education, so the best way to build the career that you want is to begin meeting people and seeing how you can help and, as a result, learn.

“I’ve observed that a lot of the most successful people in music have also experienced many avenues of the industry in the process of getting to where they are. For example, starting as a member of a street team can lead to being a touring musician or crew member, which can lead to running a label, managing/booking artists, and more”.

Whilst seeking to not sound like a cliche; Conor points to the pandemic as being their greatest challenge to date. He highlights how Erra had a lot of momentum at the end of 2019, and he believes they pivoted to the best of their ability, but being stuck at home has been an odd thing to deal with emotionally.  He goes onto explain how the band have spent the last year trying to create the most engaging and enjoyable rollout for their fans, and now that they’ve got less than a week until the release of the self-titled album, their focus is on seeing that through and also on planning ahead after the album release. #watchthisspace

Duke Boara on his new track Blossom & looking forward past...