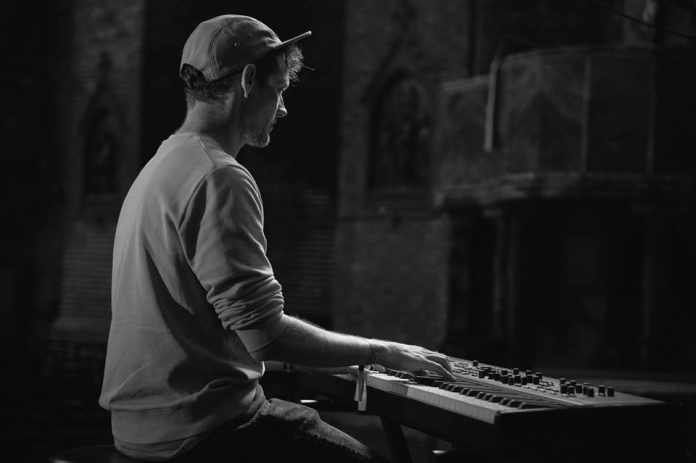 The Kite String Tangle, (aka. Danny Harley), is a musician who is passionate about sound, and blurs the lines between genres to summon strong emotions from his audience, nostalgia being a particular favourite. “The name itself derives from an ambient project which dealt purely with acoustics. It was nostalgic and nuanced, he recalled, it takes you to places”. Eventually, his music changed, but the name was there to stay.

These origins prelude the artist’s approach to music. Its all about sound, the musician ascertains. For Danny, hearing something that sounds amazing, inspires him to re-create it and make it his own. “Someone once described lyrics to me as living one’s experience through another’s words”, Danny recalled fondly. “I hope my music can take people back to some place in their past”.

It all began on a laptop eight years ago. Danny found a preference towards production while recording for bands and was fascinated by the possibilities behind the different sounds he could create. He was also writing on the side and a lot of it did not fit in with his own band. “It just kept building”, he recalls, eventually, “I decided to release it under the Kite String Tangle”.

A year into his pursuits, Danny quit his job to pursue music as a career. This allowed him to write in his own time which had been a great aid to his creative process. The challenges the artist faced were mainly logistical. “Everyone wants to be a musician, it can be hard to sustain yourself financially. Otherwise, it can get lonely. Not difficult, but it lacks the energy of being around others”. Nowadays, he still collaborates with others while producing his own work.

“I struggle to write about anything other than my personal experience or that of those around me”, the artist confesses. “The events that surround me make up of most of my inspiration- fortunately, they are also circumstances that everyone can relate to. If I had to label my music, I would call it alternative electronic music: a meeting point between London Grammar and Bon Iver.”

The artist reminisced about his years as a band member, explaining “nothing ever took off”. Looking back, he finds himself surprised at how long he persevered. To persist despite the absence of results, when all you have to go on is a high five from family and friends, it was the greatest challenge. Danny advises those looking to pursue a similar path to do it for themselves. Genres come and go, he reminds us. Create good art and the rest will follow.

Following his tour, Danny is planning to lock himself away to finish composing. He hopes to release new work by the end of the year, and eventually translate his work into audiovisual shows. In the end, it’s about creating sound, the artist proclaims. For Danny, pursuing his passion for making making music and doing live shows for the rest of his music career is what makes it all worthwhile.

Philosophy student at ucl who owns too many notebooks with aspirations of honoring aesthetics to the grave. Wanders an unnatural amount for someone who can never find her way. Dislikes decisions and building an accessible personality within three lines.

Half Alive Exclusive: Music and Passion