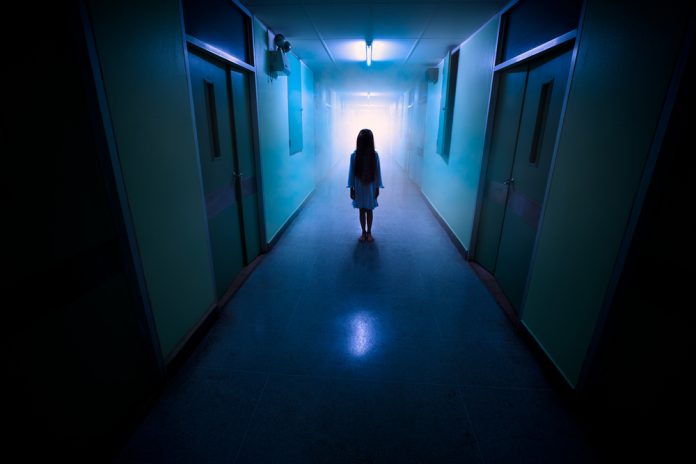 If you’re looking for a film to watch on one of those lazy nights in, or something creepy to terrify your friends with, look no further. Recently there has been an outpouring of painfully systematic and repetitive horror films that are lacking surprise and imagination. For a generation brought up on the internet, cliché horror franchises with giant production budgets don’t really seem to be cutting it. We are verging on post-post- modern where the classic horror formulas seem tired and even self-referential horror feels overdone – which is why I have compiled a list of actually scary and interesting films from around the world.

I first came across this film in an MA module focusing on film sound, so as you can imagine sound is used in quite a special way. Kwaidan is an anthology horror film based on Japanese folk tales directed by Masaki Kobayashi, and features creepy scenes which leave you with a deep feeling of unease. Due to the anthology format there are different themes and moods to each piece, so you can take your pick of more traditional horror or something a bit more abstract. Hoichi the Earless stands out for its interesting use of sound.  Don’t let the film’s age put you off – often this only adds to a certain creepy aesthetic when it comes to horror. I would recommend watching this film with a good sound system if possible but some headphones will suffice!

Directed by Ben Wheatley, Kill List is a fairly low budget psychological thriller/ drama/ horror film (it really is all of these things). The use of sound and often disorientating camera angles make for a fairly traumatising experience, however the performances and general feeling of British-ness bring you back down to earth.   For me Kill List epitomises everything that is anti-Hollywood horror, it’s depressing and gritty in a way that can’t quite be achieved by a lot of current films, which feels glossy and often sterile. The film follows two contract killers as they carry out a new assignment, which turns out to be a horrible mess – as you would expect.

Directed by Robert Eggers, this period supernatural horror follows a Puritan family who encounter strange happenings after relocating to a New England farm. The Witch is bleak, and its period setting creates a sense of unforgiving harshness similar to that of the violent nature in films such as Antichrist (2009) and The Revenant (2015).  The supernatural horrors (that may or may not be) at play come almost second to the winter that ravages the families crops, and to the vast natural wilderness that surrounds and encroaches upon them. That being said this film is not for the faint hearted.  It does have some quite classic horror moments but the setting, tone, and the dramatic interplay between characters makes The Witch stand out and be actually quite terrifying.

For those that haven’t already seen this Spanish classic, it really is a must see.  It was adapted into American film Quarantine (2008) but this pales quite strongly in comparison. REC follows a reporter and a cameraman who end up recording the outbreak of a horrifying disease. It’s quite horror trope-y in places but gets away with it somehow, and manages to be genuinely creepy. The use of a hand-held camera style was quite fresh at this point and works really well.

For any that might have missed this Australian psychological horror directed by Jennifer Kent, it had to be included here simply for its relative freshness and interesting themes. It follows a grieving mother and her son, and her psychological and apparently supernatural struggles. The pair are stalked by a terrifying presence which manifests itself in various ways. The Babadook stands out for its compelling characters and storyline, eschewing the classic haunted house, possessed doll or enchanted artefact for a story that is quite affecting. It also features probably one of the most memorable horror ‘villains’ of films released in the last 10 years.

This one is quite different, as it’s only about 40 minutes long and can be found easily on YouTube. Produced by the BBC, this short is based on a ghost story by M.R. James. It doesn’t boast the special effects of modern horror but makes use of practical effects in a period setting which turn out to be quite unnerving. When watched alone this is quite an eerie film, as it focuses on themes of isolation and loneliness. It rises to a climax in an interesting way, common to the ghost story format. This is a must see for anyone looking for something different and simple.

Although this was not very critically successful (though more so than its American adaptation), it definitely succeeds in creeping up on you. With a quite original idea, which if anything is even more relevant now than it was in 2003, the Japanese film is gory and entertaining. It follows a young girl and a series of strange voice messages which turn out to be very ominous, and an extremely creepy ringtone.  It is entirely different than the other features on the list as it feels quite like a conventional horror film, but manages to have original ideas and create a good sense of tension. Like lots of J-Horror films it has underlying themes and ‘explanations’ as such, which lots of its American counterparts lack.