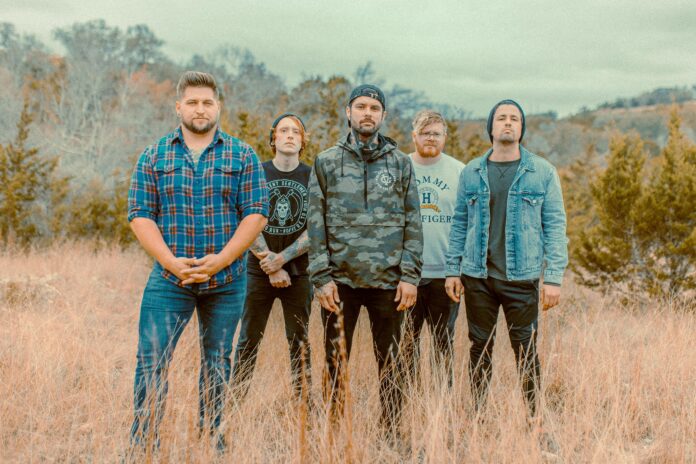 We caught up with Scott Fisher (Drums) from US Metal piece band Capstan following the release of their highly anticipated release “Separate”. A single, Fisher explains was born out of the failed relationship of a fellow bandmate [Joe], and his personal struggle with depression. Going onto point out that is was written at a time when their careers as musicians, and the world, were in limbo, with a focus on making it a record that opitimized who they were both individually and collectively.

Describing their music as Eclectic, Fisher goes onto explain how the band themselves do not think too much about this element during the creative process. With a genre focus that is mainly Post-Hardcore, he believes their fans enjoy their music as they can relate to the lyrics, which is a particular part of the production they are keen to retain at a high standard. Fisher explains how the band and their close knit team have made it incredibly seemless for the dummer to work and push more toward the goal. “These people are my family, and it’s easy to put the work in for the people you love”. Referencing how back in the beginning of their transcendence, it was very hard to have to save up money to go on tour. A part of the journey they found to be a constant grind to get home from tour and have to work as much as possible to make it happen the next time. Working through Anxiety & Depression For Scott, anxiety and depression come hand-in-hand for the drummer. Most often in waves. “I’ll be fine for a few weeks, and then it will hit suddenly. For me, managing anxiety and depression is focusing on bettering myself, little by little”.  To work through this, the drummer tries to keep up a healthy lifestyle, learning something new, honing his current skills. He goes onto point out how having a stong team behind you that you can trust is essential to seeing your vision come to life. In addition to having like-minded people in your band which is the only way is can function effectively.

When it utilizing social media, Fisher believes it is a paramount piece of your overall strategy in pursuiing a career in the music industry. Going onto point out that is you are serious about being in a band, do not cut any corners regarding your music. To focus the product on being as good as it can be.  The band are currently working on producing content ahead of their record release. With plans to run a livestream event, playthrough videos, tablature, and patreon content. #watchthisspace

Gus Harvey on “England” & writing her own narrative!

Duke Boara on his new track Blossom & looking forward past...