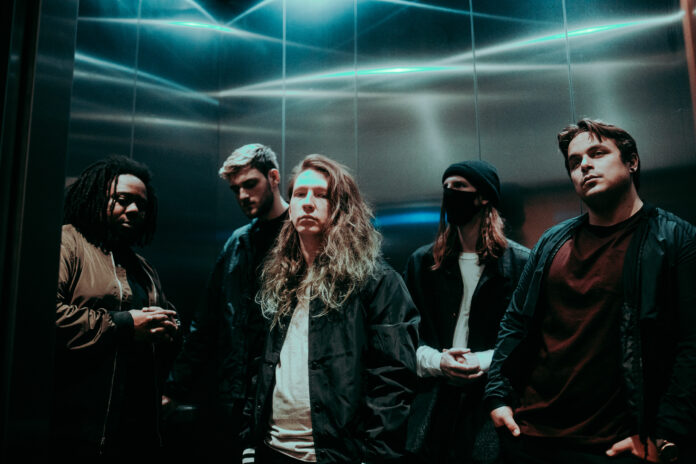 We sat down with Aaron Lutas (Bass) from metal five-piece band SLEEP WAKER (SW) following the release of their brand new album Alias. The first release Aaron himself was personally involved in, having originally been part of another  band. He goes onto highlight how until Alias, he had not been used to writing in SW style, much less trying to navigate what the new SW sound was going to be. The album itself drawing inspiration from sci-fi & cyberpunk culture.

“Our music is an expression of sleep, dreams, and how you perceive reality. We try to cover a lot of topics and themes related to those things and keep them unique to ourselves, but abstract enough so people hopefully have a unique interpretation or experience when listening”.

Aaron explains how he grew up very conservative and sheltered, so expression and freedom were quite limited. Pointing out how as he got older, he was able explore the world more that made him appreciate what he had even more. This inevitably led to his introduction to metalcore, and in the artists own words, it engulfed him. “Being able to write aggressive music, and swing an instrument around on stage became my only focus from the first night”. Having started on the piano at the age of 5, he took to the guitar from the age of 12. Constantly exposed to music growing up, Lutas admits to initially never wanting to pursue a career in music. However, as fate would have it, a quick glance at The Devil’s Wears Prada [Danger:Wildman music video] lit a fire within his soul that simply yearned to perform and take music more seriously.

The bass player points to the bands greatest challenge to date stemming from deciding which direction they want to take  Sleep Waker. In all aspects of their music. However, he highlights that through this challenge, it has become even more interesting to discover what it is like to play with a worldbuilding metal piece band, carving out their own identity.

Aaron opens up about being bullied for being the black kid that likes rock music, he says with smile. Today, he simply brushes it off. In his view, “when you find the one thing that gives you a drive, you don’t let anyone try and stop you”. He explains how started therapy at an early age and learnt very quickly that had was suffering from depression, anxiety, trauma, childhood abuse, to name just a few. Growing up, he always knew deep down he needed therapy, and came to the realization that he needed to be honest with himself and those close to him in order to fully embrace his individualism. The notion that it’s okay to be vulnerable, and open to critique.

Whilst not openly a fan of social media, Lutas admits it is the most important tool available to a musician. Pointing out that without social media, getting people to hear your music becomes almost uphill task! “No matter how silly a platform may seem, if people are on it and interacting with it you should be there”. He admits that finding people was never at the forefront of their minds when they were creating their latest record. Referencing how that did not fully have a set idea of how the record was going to sound like. “We wrote what we wanted to, tried new things and saw what stuck”.

Aaron’s advice to students looking at pursuiing a career in music is to not be afraid to say yes to opportunities. To not let fear, doubt, pride or uncertainty stop you from doing what your’re meant to do. Especially as you can always learn from someone else. To not be limited by what other people are doing, highlighting how the best artists in the industry embrace their individualism!

The band are currently setting up their live set, with planning rolling shows coming out over the next few months. #watchthisspace

DJ Craig Gorman on his latest release “Talk About”

Industries to Consider a Career in after Graduation

How do I know if I’m deficient in Vitamin D? 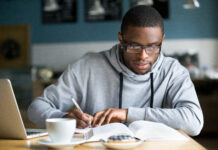 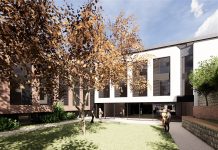 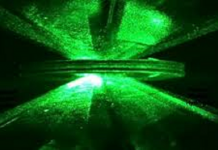 Hydrogen transformed into Metal set to revolutionise technology and spaceflight 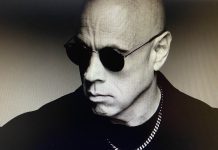 US Composer Kitt Wakeley on his latest single Sinner and Saints...