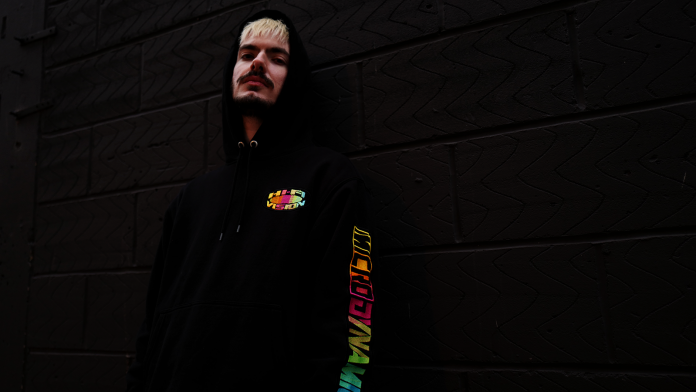 “I was really getting into hip-hop and grime around that time and I was always good at writing and wordplay, so I thought “hey, let’s give this a try” and I just fell in love with it”. – POSH

We caught up with rising West London Grime Artist Posh following the release of his latest entry “Man Down”. A song which by the artists own accounts, has become his most streamed song on Spotify by a long margin. Pointing out how the he was inspired by his own hunger to showcase what he could drill, whilst not comprising on the lyrical quality of his music.

The Grime artist highlights how he was always starting bands during his high school tenure, and found he got fed up with having to rely on 4 other people to either practice or “get anything done”. So he chose to find something he could manage autonomously, leading him down the solo path. Posh goes onto describe his music as quite broad, which for the artist is the very reason its stands out. “Art is obviously an expression of self and so I’ve never understood the idea of limiting myself by genre”. The artist explains how in being unpredictable with his music, he is able to keep his material fresh! Something he explains to have championed from day one, and his fans have come to expect it.

The artists favourite track to date has been “Good Enough”. A song which for Posh was very personal and one which he describes as a writers dream. Highlighting how words just poured out onto the page, with the journey itself taking on an organic nature, complete with truthful experience of the artist speaking from the soul directly to the person it was about. Through his music, the artist is keen to keep the lyrics as light as he can, unless he chooses to go down the path of producing more deeper lyrics.

STRIVING FOR SUCCESS IN THE FACE OF ADVERSITY

The artist references his mother as the foundation of where he is today. Going on to point out how his family and close friends have been his rock in keeping him grounded. “It’s cliche but I just want to give her everything she deserves”. He highlights how growing up, he was always the odd one out, notably due to their attendance at a private school…“it’s a weird experience being the poor kid at a rich school. I think in a way that made it easier when they took the piss because I was kind of just like ‘Well, I don’t relate to you anyway so why would I give a shit what you think”.

Posh opens up about suffering from GAD (Generalised Anxiety Disorder), and having struggled with depression since the age of 16. A time the artist explains was further challenged by living through is father’s cancer diagnosis and passing at the age of 18. “There’s ups and downs but I will say that having a sense of purpose changes everything. When I didn’t have any sense of direction, it was a lot easier for me to just fall into a rut and think I was never going to go anywhere, or to let the dark thoughts creep in, but having something I’m passionate about gives me a reason to get up in the morning”. He goes onto point out how whilst he is not suggesting it’s the one-size-fits-all cure, he strongly believes adopting a sense of purpose is the key to healing.

Posh explains how it is great to be able to draw influences from people with similar styles to his own. Referencing social media, he highlights the positives of being in age where you can stream music so readily.  The artists two biggest inspirations being Eminem and Slash. Eminem due to the artist’s music getting him through a really difficult time in my life, in addition to paving the way for the artist to do what he loves as a white rapper. Slash for the artist is simply down to his incredible sound. Art for the grime star is very much his life, and is how he finds he is able to express himself best.

For those looking to follow in his footsteps into music, Posh has two words. “Outwork Everyone”! He highlights how with the amount of people that are trying to make a living as a musician, you have to want it more than the next guy/girl. Pointing out that we are in an age where you’ve never been more in control of your own marketing so it’s up to you to make the most of that. “You don’t have to be on every platform, you can focus on one or two, but you need to be consistent with the ones you decide to use”. The artist points to learning how to handle everything at once as his biggest challenge to date. Having to wear a host of different hat in the pursuit of getting the capital together to put together a full team.

“…you don’t know what you don’t know, so you’ll forget things or will realise how you should have done things looking back, but it’s all a learning experience and it’s super valuable because it’s like a crash course in running your own business and becoming a competent artist”.

The artist is currently working on his next single “Down For You” which is out now (18th December release), with work underway on promoting his release. With a host of news scheduled for release in the next couple of weeks! #watchthisspace

Brooklyn Artist Dru Cutler on his new single Vibrate & The...