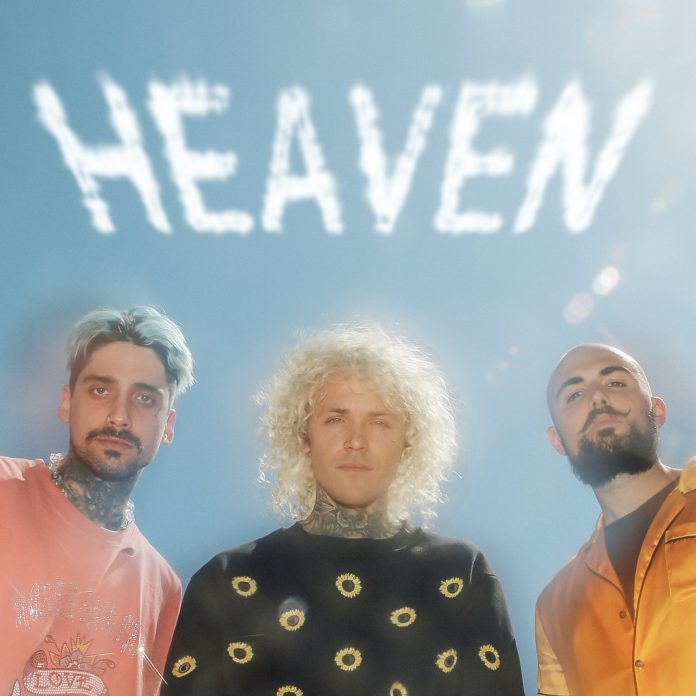 For the Los Angeles-based trio Cheat Codes, having a normal 9 to 5 job wasn’t an option. The artists point out that through their creative mindsets, they had trouble sitting still. Comprised of Trevor Dahl, Matthew Russell and Kevin Ford, the trio have seen a meteoric rise since they formed. They’ve garnered over 4 billion streams to date and collaborated with artists like Liam Payne, Kim Petras, Fetty Wap, Demi Lovato, Little Mix, and Sofia Reyes. We caught up with the boys off the back of their latest single “Heaven”, to find out more about the trio and what we can look forward to in the future!

“It’s hard to realise when you’re in it but being “cool” in high school isn’t actually cool. Focus on finding something that interests you and get really good at it, focus less on what other people think of you.”

Their new single “Heaven” was the inspired creation of the merger of three defined genres into one unique sound. The boys explain how they developed a 3-part album each with its own distinctive vibes. Although it’s easy to stick to the same format that has worked in the past, Cheat Codes easily get bored of it. They believe what makes their music stand out is the unexpected. Their recent releases range from club records to a rap song with Wiz Khalifa.

The band is keen to offer their fans a sense of euphoria when it comes to their music. “That feeling you get when you’re on a boat in Hawaii staring at sea turtles….”. They point to their creation “Only You” with Little Mix as a dream come true.

The trio open up about being bullied in high school with particular reference to the name calling that was received at the time. However, this only strengthened the boys resolve. The trio learnt to develop a mentality of placing focus into things that matter.

“We just wanna be creative and love life, we’re lucky to have supportive parents who put up with band practice in the basement every weekend.”

Depression and anxiety are equally not immune elements within Cheat Code’s lives. Being in the entertainment industry, they feel like they need to constantly be on their phones. But talking to managers, posting on socials, listening to news and music can quickly turn into an information overload. To overcome this, they take a day or two off from their phones a week to have their own space.

“Meditation and breathing exercises have been a life saver. Especially when you’re traveling or have to perform, and you need to get in the right head space in a matter of a few hours”.

The trio recommend Wim Hof, who provides breathing exercises that can completely change your mood.

Following in the footsteps of Jon Bellion, they explain how they’ve been following his music since his first albums. They point out how “it’s cool to find people that can write and produce everything themselves”. This is how their story began. With zero funds, the boys decided to combine their creative thought processes and learnt to mix, master, write, produce, and even design their own artwork.

For aspiring musicians, the trio recommend experimenting irrespective of whether the music produced is not up to par. They highlight how in the beginning it’s a numbers game. Once you have the basics down, you can spend more time on advanced things like sound design etc.

Cheat Codes are currently finishing up their 3-part album extravaganza, reaching enlightenment, along with winning their first battle Royale in fortnight for added good measure.

From Insta-gram to Instant Fame: pop-punk idol NOAHFINNCE on his journey...