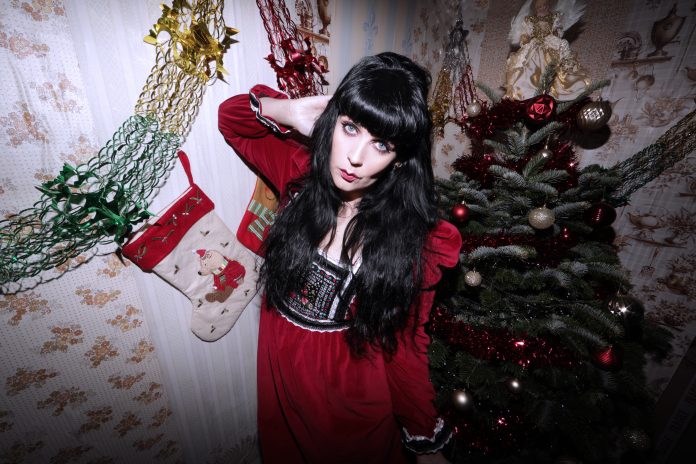 “I think it’s important to have people in your life who don’t battle to change you, feeling heard as an artist is so important”. – BROCARDE

We caught up with rock artist Brocarde in anticipation of her new release “Waiting for January”.  The artist pointing out how she finds it instumental being able to push yourself outside of your comfort zone. None more so than through the music development of a song around a topic that has dominated everyone’s minds for months.

“This whole year has been so weird, there’s such an underlaying sadness to it all, I wanted to write something that captured my mood and mixed emotions about Christmas, I wanted to capture this weird moment in history that we are all experiencing together and a lockdown inspired Christmas song felt like a good way to do that.”

Brocarde is keen to take people on a journey through her music and finds orchestrating her emotions through her music a strength which is able to flip between genres and an array of feelings for the desired lyric & melody outcome. Admittingly theatrical, the artist enjoys telling a story through her music. “I always feel that when you write a song, you capture a moment in time, for me my favourite songs are those that I’ve written and when I listen back I still feel ever words”. For the artist, this forms the basis of knowing that she has captured something unfaltering. Referencing Last Supper, Brocarde has a special place for this song within her treasure trove of productions, making a point that some of her real favourites are yet to be released.

The artist highlights how it can be incredibly tough as artist, with times where she has wanted to throw in the towel. Fortunately, the artist has a strong family unit whom have been there to give her the strength to keep persisting with her passion. “I’m ultimately a fighter but there’s times when even my knuckles are bruised and broken, and in those times I’m lucky to have had people to help me lift my arms and smash me through the boxing bag”.

The artist opens up about not working well when feeling trapped, henpecked or like she is not good enough. She explains that being her own worse critic has been her greatest challenge. “I’m a perfectionist so for me learning to be kind to myself and let go is what I struggle with daily”. The biggest battle she mentions is the fight to overcome herself and her insecurities.

Milan based Atwood on Bringing Ghost to Life